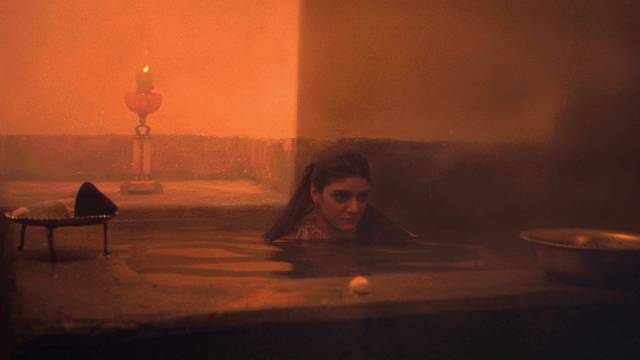 With their fourth set of World Cinema Project restorations, Criterion again present a fascinating collection of films from different periods and different cultures: two features from post-colonial Africa which illuminate the complex effects of tradition distorted by colonial influences; a South American movie which also deals with colonialism and the exploitation of labour; a pre-war Hungarian feature about two women struggling to survive in a city towards the end of the Depression; an Indian film exploring myth and the politics of Independence and partition through music and dance; and a pre-revolutionary film from Iran which uses melodrama as a metaphor for the nation’s transition from feudalism to modernity.

Criterion’s new Blu-ray presents Luchino Visconti’s darkly perverse The Damned in a new 2K restoration whose dense colours emphasize the gloom hanging over a powerful German industrial family collapsing under the weight of its own decadence as the Nazis consolidate their political power in the early 1930s.

Director Bill Duke uses a mixture of film noir and blaxploitation tropes to explore the political complexities of being Black in the U.S. in Deep Cover (1992), his neon-tinted crime drama about an undercover cop (Laurence Fishburne) infiltrating the West Coast cocaine trade, now released in an extras-loaded 4K restoration by Criterion.

Indicator’s four-disk John Ford at Columbia 1935-1958 box set raises some interesting questions about the nature of auteurism and how the ways in which a filmmaker comes to be defined influence how different films are viewed. Two of the movies in the set – The Whole Town’s Talking (1935) and Gideon’s Day (1958) – tend to be seen as minor and extraneous to Ford’s core body of work, yet both are among his most entertaining even if they don’t advance his familiar thematic preoccupations.

Known as the “father of African cinema”, Ousmane Sembene’s films grapple with issues of identity in the complex social and political conditions of post-colonial Africa. His second feature (and first in colour) Mandabi (1968) is a tragi-comedy about a proud man clinging to an outmoded patriarchal role whose life is upended when a nephew working in France sends him a money order for 25,000 francs.

Once again, Arrow Video introduces me to a previously unknown filmmaker whose work is wildly imaginative, playful and challenging. Their two-disk set of Miguel Llansó’s Crumbs (2015) and Jesus Shows You the Way to the Highway (2019) is one of the year’s most engaging releases.

With volume 3 of their World Cinema Project box sets, Criterion has released another treasure trove of largely unknown (in the West) features spanning five decades and six countries, from the Expressionist horror of Mexico’s Dos Monjes (1934) to the Neo-realist horrors of life on Brazil’s streets in Hector Babenco’s Pixote (1980), with stops in between in Indonesia, Iran, Mauritania and Cuba.

The British have a tendency to indulge in miserablism, a characteristic that filmmakers have been turning into powerful dramatic art for decades. Bryan Forbes’ The Whisperers (1967) and Ray Davies’ Return to Waterloo (1984) approach it from very different directions, but both create powerful portraits of people living depressing lives.

Criterion has released Teorema (1968), one of Pier Paolo Pasolini’s most engaging yet enigmatic films, in an excellent Blu-ray edition, featuring a 4K restoration, a commentary and several interview featurettes which tackle the film’s ambiguous allegory of Capitalism and religion.

Wim Wenders’ Until the End of the World (1991):
Criterion Blu-ray review

When Horror Came to Shochiku: from absurd to apocalypse …