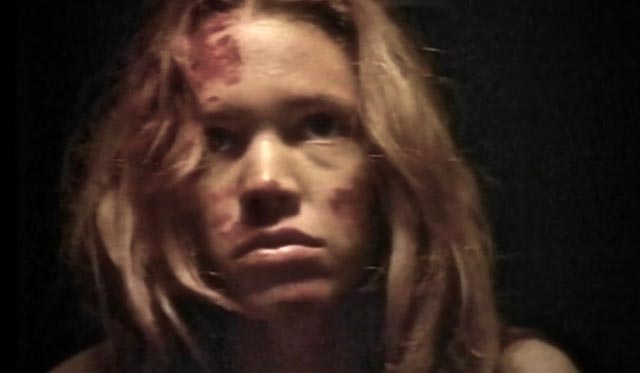 Peter Fonda, who died in August, had a long career, but really only garnered respect later in life – he was nominated for an Oscar at the age of 58 when he starred in Victor Nunez’ Ulee’s Gold (1998). Being the son of Hollywood icon Henry Fonda and the brother of Jane Fonda must have been something of a burden. Peter did have presence on screen, but tended to be somewhat wooden and inexpressive, lacking the range of his father and sister.

I probably first saw him on television during the 1960s co-starring with Sandra Dee in Tammy and the Doctor (1963), or perhaps with his sister in the Roger Vadim segment of Spirits of the Dead (1968), but I really only registered him when I saw Easy Rider in 1969. In that transformational movie, pointing Hollywood towards the freer, darker possibilities which flowered through the first half of the ’70s, he managed to channel something of his father’s laconic gravity. 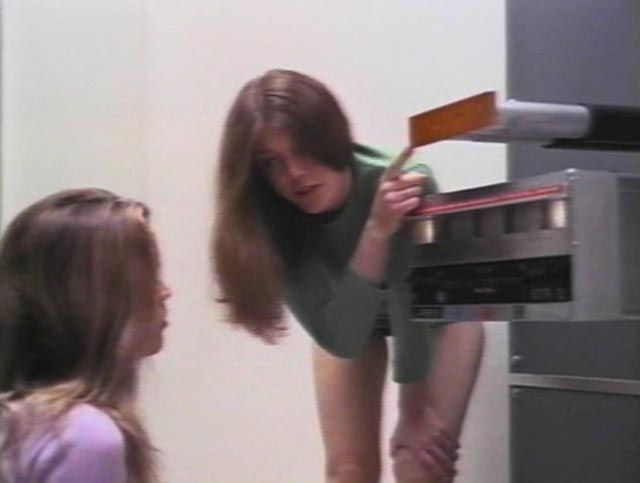 The success of Easy Rider also gave him, at least briefly, enough financial clout to try his hand at directing. Given the image he had cultivated in a number of rebellious movies like Roger Corman’s The Wild Angels (1966) and The Trip (1967), which culminated in Easy Rider, his directorial debut was something of a surprise – and not simply because it further evoked memories of Henry with its Western setting. The Hired Hand (1971) was a slow, poetic, elegiac meditation on the frontier and the ambiguity inherent in the myth of western expansion. It certainly wasn’t what anyone had expected from Fonda and it wasn’t a commercial success, but it did reveal a talent and seriousness not previously apparent in his work as an actor.

Perhaps if The Hired Hand had had a more positive reception, it might have altered the direction of Fonda’s career. As it was, he returned to the life of a working actor, doing an adequate job in a lot of unremarkable commercial movies, with a few more notable appearances later in life – Michael Almareyda’s Nadja (1994), Ulee’s Gold, Steven Soderbergh’s The Limey (1999), Asia Argento’s The Heart is Deceitful Above All Things (2004). He only directed twice more, both films quietly disappearing after initial release. 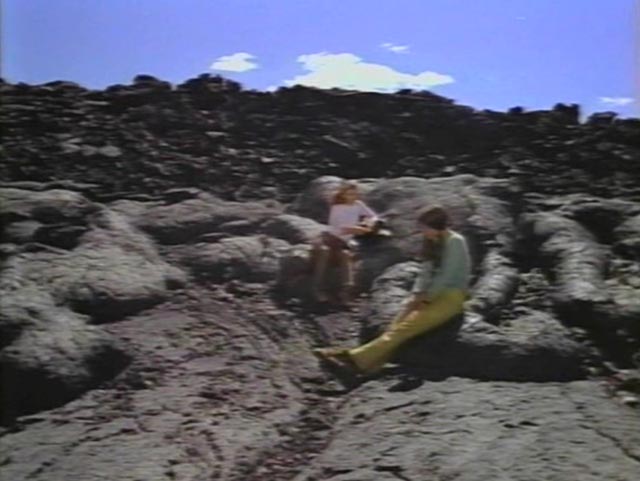 The future is bleak

His third feature, Wanda Nevada (1979), has reappeared as a Blu-ray release from Kino Lorber, no doubt partly because it co-starred Brooke Shields a year after her controversial role in Louis Malle’s Pretty Baby (1978). But his second feature long ago slipped into public domain and will probably never receive a legitimate revival (even if any of the original elements still exist, which seems unlikely).

Idaho Transfer (1973) was poorly received when it briefly appeared the same year as Martin Scorsese’s Mean Streets and Terence Mallick’s Badlands. Fonda’s movie is a small, spare work compared to them, but shares their bleak view of the world. But while Mallick explored and deconstructed a romanticized version of the past and Scorsese did something similar for the urban present, Fonda looked to the future with despair. His film belongs to a low-budget dystopian strain of science fiction running from the 1950s, with movies like Arch Oboler’s Five (1951), to the ’70s, with Jim McBride’s Glen and Randa (1971) and L.Q. Jones’ A Boy and His Dog (1975). 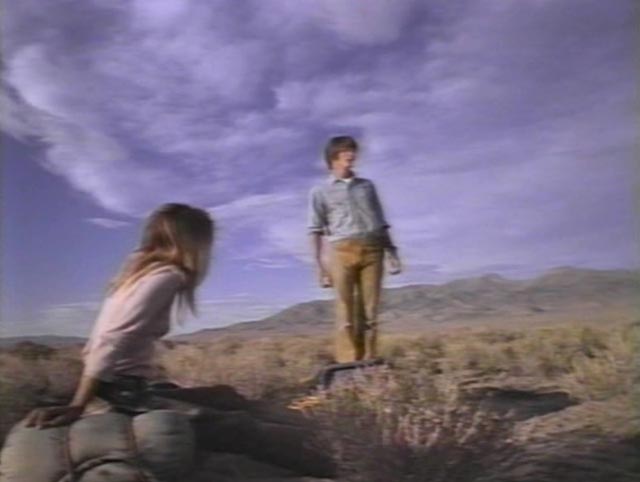 These movies generally sprang from anxiety about the Bomb, but Fonda’s film now appears more prescient, referring ahead to our own contemporary anxieties about catastrophic ecological collapse. With minimal resources and a mostly non-professional cast, Fonda evokes a future in which that collapse has destroyed pretty much all of human life. And this is all conveyed largely through an impressive use of natural locations – particularly Craters of the Moon National Monument, an expanse of ancient lava fields in Idaho.

The narrative is as spare as the production. At a research facility in the middle of nowhere, where scientists are ostensibly working on a way to transmit matter, they have instead discovered time travel. They keep this a secret from their government funders as they explore fifty-odd years into the future, a world devastated by an unspecified ecological disaster. The scientists are planning to send a number of young people into that future to try and repopulate the world on the other side … but there are major problems. 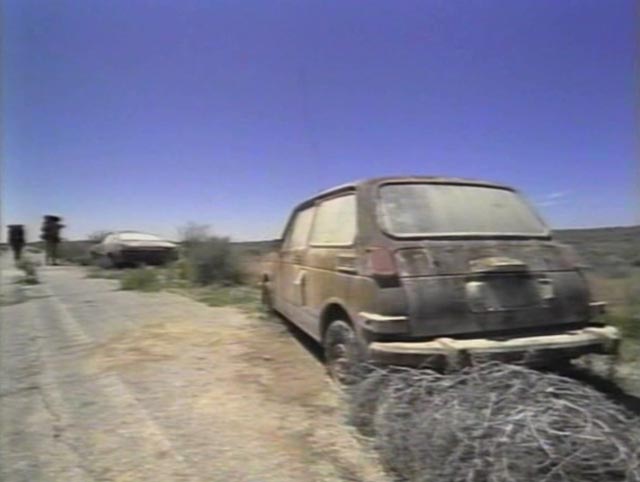 The desolate remnants of a world stripped of human life

It’s not simply the issue of sustaining life in this bleak landscape; anyone older than about twenty can’t survive time travel – their bodies quickly break down – and even worse, time travel apparently leaves those who do survive, the young, sterile. The effort to save the human race is doomed.

When the exploration party is cut off because government forces arrive at the facility and shut down the program, they set out to look for any signs of human survival, eventually discovering remnants who seem mentally and physically deficient. The party deteriorates, some die, some go crazy. The protagonist-by-default, the sullen Karen (Kelley Bohanon), barely escapes being killed by managing to use the time machine to project herself into an even emptier far future … where Thomas Matthiesen’s script throws in one last implausible twist, which is unnecessary and seems to trivialize the authentic bleakness which Fonda has skillfully sustained up to that point. 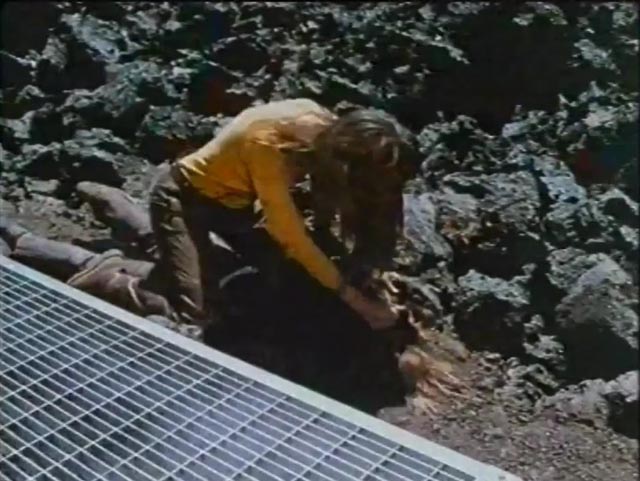 It’s easy to see why Idaho Transfer didn’t find a big enough audience to give it even a cult success; there is very little narrative and no sympathetic characters for a viewer to identify with. It’s almost abstract, closer to a European rather than American tradition – its tone and conception echo movies like Godard’s Les Carabiniers (1963) or Jan Schmidt’s Late August at the Hotel Ozone (1967) more than McBride’s and Jones’ relatively traditional narrative-driven dystopias.

It’s a pity Idaho Transfer isn’t available in a decent version – I watched a lo-res, open-matte copy on YouTube – because it’s a visually arresting, conceptually assured movie which, along with The Hired Hand, points to a genuine but sadly unfulfilled talent.