When you buy more DVDs than you’ll ever have time to watch (one of the hazards of addiction), you end up with large backlogs piled on various shelves, the sight of which tends to nag at you. Sometimes, you can’t help asking yourself why the hell you bought them in the first place, but of course at the time of purchase there always seems to be a compelling reason. Then there’s also the tension between the desire to re-watch some old favourite and the pressure to spend your limited time with something new.

Among other things, in the past few weeks I’ve been trying to “clear the backlog” of BFI disks. Two of these were definitely old favourites, another two, although not new movies, new to me. 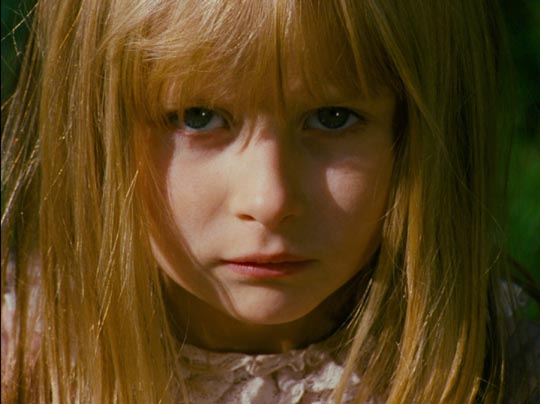 I’ve loved the work of Czech animator Jan Svankmajer since I first saw some of his shorts many years ago at the Cinematheque here in Winnipeg. The mixture of humour and disturbingly dark undertones, the surreal imagery made possible with stop-motion animation, not simply of clay or puppets, but of seemingly any object which comes to hand – including, most disturbingly, meat – make Svankmajer’s films quite unlike anyone else’s. 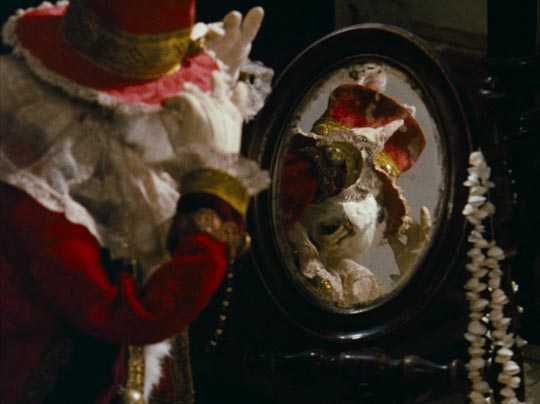 I also first saw his debut feature, Alice (1988), at the Cinematheque. This remarkable adaptation of Lewis Carroll’s Alice in Wonderland combines a live Alice (Kristýna Kohoutová) with a wide array of stop-motion and puppet animation to create a dreamlike fantasy which owes more visually to Czech history and surrealism than to Victorian England. Not only does the BFI Blu-ray display a remarkable improvement over previous VHS and DVD editions, it also makes available the original Czech soundtrack for the first time – finally eliminating the disconcerting effect of the large closeups of Alice’s mouth which have always been grossly out of sync with the English dub. 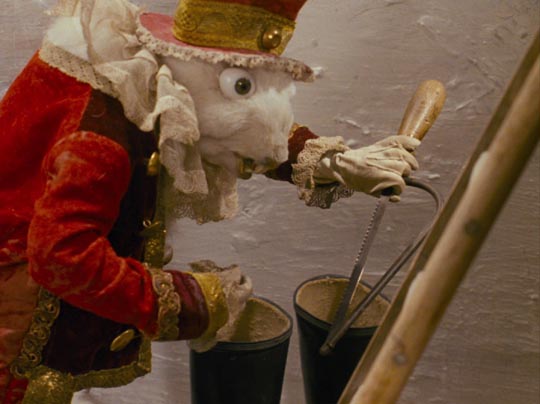 Although Svankmajer had faced serious problems with the censors since he began making short films in the early ’60s (there were long stretches when he wasn’t allowed to work at all), by adapting the English book and obtaining foreign co-financing, he was able to get away with creating a surprisingly subversive feature; as Alice navigates the strange world conjured by her own imagination, she steadfastly refuses to bow to authority and accept the dictates of all the officious characters she meets.

Institute Benjamenta (1995) by the Brothers Quay 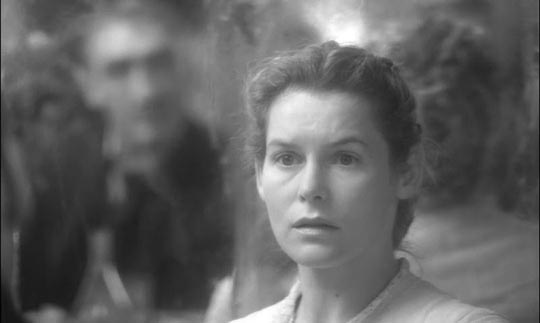 Like Svankmajer, who was a major influence on their work, Stephen and Timothy Quay established themselves as remarkable animators with a series of strange, surreal shorts. Their complex, often highly abstract work draws a lot from Eastern European literature and art. It seemed unlikely that their distinctive visual style with its complex play of light and shadow over strange, antique surfaces, inhabited by often broken puppets which are imbued with a disturbing sense of life, could be adapted to live action. Yet their first feature, Institute Benjamenta or This Dream People Call Human Life (1995), is a masterpiece. 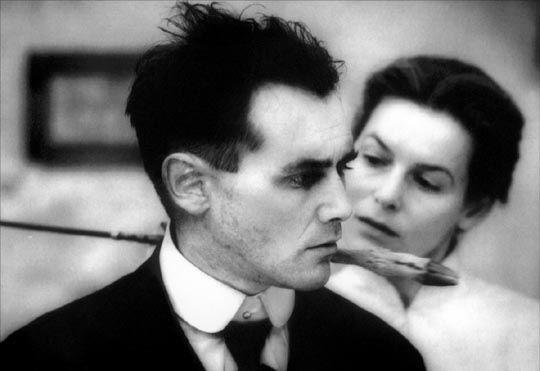 Based on the writings of Robert Walser, particularly his 1909 novel Jakob von Gunten, the film has the air of being a previously undiscovered work from the dawn of film. Its rich black and white imagery seems to be rooted in another age; it’s the story of Jakob, a man who can see no purpose in life and so gives himself over to being trained as a servant, a creature with no will of his own. And yet his mere presence in the Institute run by Herr Benjamenta (Gottfried John) and his sister Lisa (Alice Krige) brings about the collapse of the moribund social order it represents. 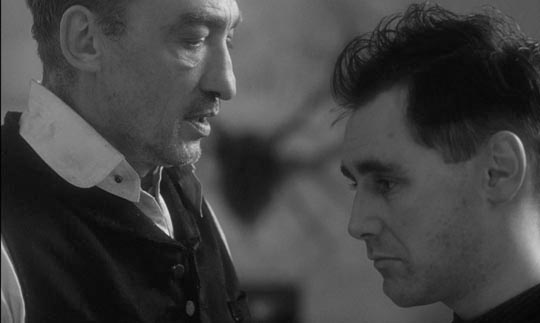 There’s a pervasive eroticism in the film, from the undertones of incest between the brother and sister, to the strangely intense desire Lisa seems to feel for Jakob which eventually puts her into a kind of permanent trance. Every moment, every nuance in the film has a kind of heightened, hallucinatory reality, in its way as powerful as the world David Lynch created in Eraserhead. 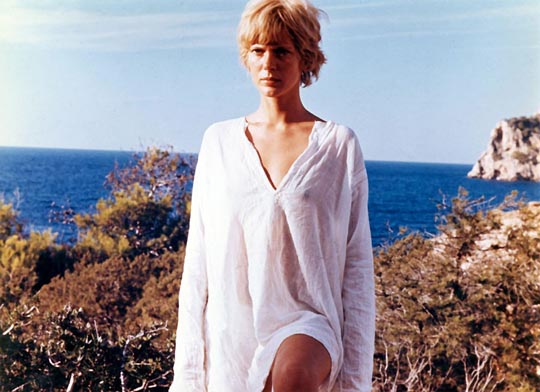 I’ve loved Barbet Schroeder’s second feature, La vallée (1972), ever since I first saw it in Hong Kong back in 1981. But I’d never gotten around to his first feature until now. More (1969) is an odd film. Like La vallée, it’s rooted in the time of its making, which lays it open to the charge of being dated; it deals with “alternative lifestyles” – in the later film, a bourgeois Frenchwoman who gradually loses all her cultural baggage on a journey into the unexplored interior of New Guinea; in the earlier movie, a German student who discovers the joys and pains of unfettered hedonism in Spain with an American girl who introduces him to sex and drugs. But where in La vallée there’s a genuine (if admittedly naive) sense of liberation and discovery, More offers a surprisingly conservative moral tract about the evils of straying from propriety. 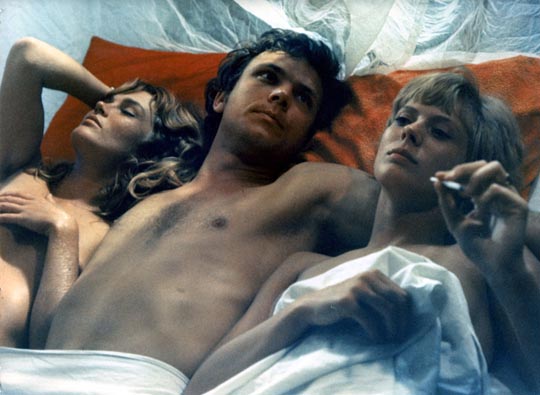 Stefan (Klaus Grünberg) is hitching around Europe after graduating when he meets Estelle (Mimsy Farmer) in Paris. They begin an affair, and he eventually follows her to a small town in Spain, where along with the sex, she introduces him to drugs, getting him hooked on heroin. Although the tone of the film, for all the sun, casual nudity, and Pink Floyd score, is censorious, the big problem is that Stefan is an irritating and unlikable character, angry and possessive towards Estelle to the point of becoming violent. And while Estelle is supposedly a destructive character, a kind of siren who lures Stefan to his doom, Farmer is light and charming – it’s no contest: the viewer can’t help but side with her and regret that she got herself involved with such a boor. 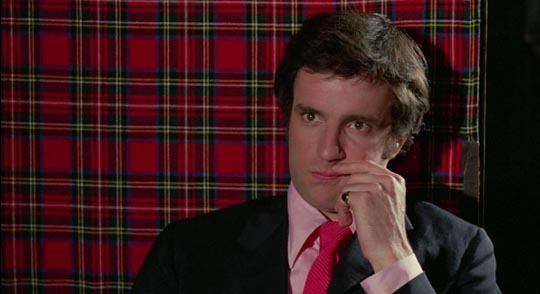 Pete Walker was a minor but interesting character in British film from the late ’60s to the early ’80s. Beginning with The Big Switch in 1968, he embarked on a cheerful career in exploitation, making low budget thrillers and sex films until he discovered horror in 1972 (The Flesh and Blood Show, a proto-slasher) and spent the next few years making some of the most distinctive (and critically disreputable) movies of the decade. But before hitting his stride with House of Whipcord (1974), Frightmare (1974) and House of Mortal Sin (1976), he tried his hand at a Bond-inflected thriller with Man of Violence (1969). 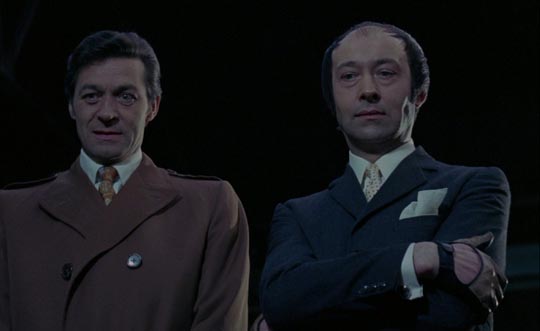 Moon (Michael Latimer) is a shady character with somewhat undefined ties to the underworld. The story sees him getting caught up in a conflict between two mob bosses, each of whom hires him to work against the other. He eventually discovers that it all has something to do with a pile of gold smuggled out of an African country during a revolution, and he and Angel (Luan Peters), the woman who actually knows what’s going on, end up in North Africa, scheming to get the gold back to its rightful owners. 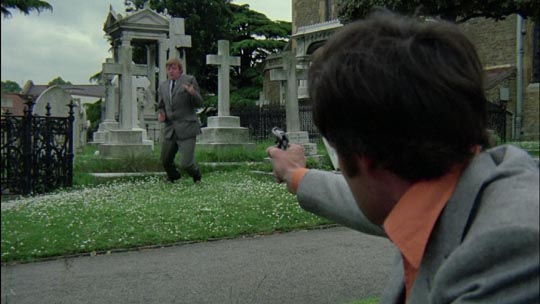 Set design is an eyesore, the tone is breezily sadistic, the plot inconsequential … but for one moment, Walker manages to subvert the genre and be just a little bit revolutionary himself: at one point, Moon confronts a government official in a gay bar and it’s obvious that the man’s companion is attracted to Moon. Cut to the next morning, and Moon rolls out of bed and it’s revealed that he’s spent the night with the young man. Nothing is made of this casual bi-sexuality, but it serves as a critique of the conservative underpinnings of things like the Bond franchise.