I actually got out to see three movies in the theatre in January. Surprisingly, I liked all of them.

Over the years, I’ve found Steven Soderbergh’s work to be very hit-and-miss. When he’s good (from my point of view) he’s very good; when he’s off (again from my point of view), his work is pretty tedious. The Oceans movies are shallow, smug exercises in self-congratulation by the director and his stars, reflecting everything that was irritating in the original Rat Pack’s movies. But a film like Out of Sight, although firmly rooted in genre, is loaded with wit and style. 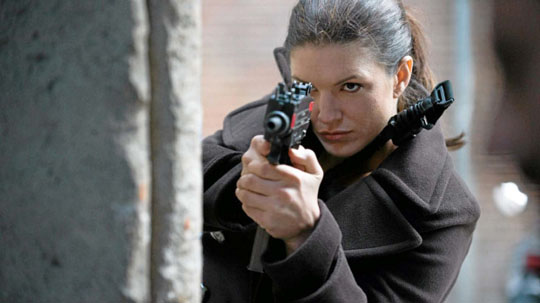 Soderbergh has come a long way since debuting with his proto-Indie hit sex, lies & videotape (1989). In the half-decade following that success, he experimented quite a bit as if looking for a path to follow – sex was followed by the sometimes interesting, arty failure Kafka (1991); then the excellent, underrated King of the Hill (1993), based on A.E Hotchner’s Depression-era childhood memoir. The lack of success with those two films pushed the director towards something more commercial, a remake of Robert Siodmak’s classic noir, Criss-Cross (1949). The Underneath (1995) is a pretty good thriller, but you can sense an underlying lack of interest on Soderbergh’s part which manifests itself in stylistic overload; he’s always looking for extreme and flashy camera angles to punch up straightforward scenes. After that he did a couple of years of TV work, then retreated into the low-budget, experimental, and aggressively anti-commercial Schizopolis (1996). This was the work of someone who appeared to be extremely frustrated with the industry he was trying to navigate, but it also seemed to clear his head and helped him finally find a balance between his artistic aspirations and the necessities of commercial filmmaking.

He bounced back from Schizopolis with Out of Sight (1998), a romantic-comedy-thriller in which he was able to apply creative camerawork and editing to a commercially viable project with big stars. The sense of ease and confidence is remarkable when compared with the searching nature of the films preceding it.

Since then, Soderbergh has had a secure place in the business which allows him to alternate between big commercial features like Erin Brockovich (2000), Traffic (2000), the Oceans movies (2001-07), and low budget experiments like Full Frontal (2002) and Bubble (2005), as well as odd hybrids like his tedious, arty misfire Solaris (2002). Perhaps his finest achievement in this balancing act is The Limey (1999), a film which owes a lot to Mike Hodges’ classic Brit thriller Get Carter (1971) with its hard-man gangster (Terence Stamp in the Michael Caine position) going to Los Angeles to find the man responsible for his estranged daughter’s death and eventually coming to face his own responsibility. 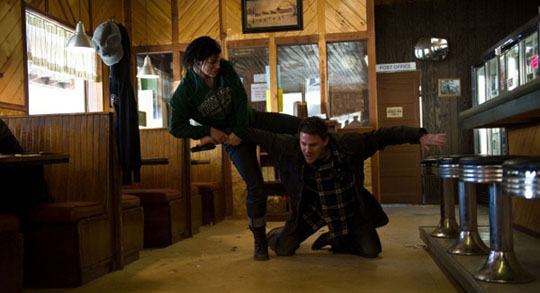 Lem Dobbs, the writer of The Limey, re-teams with Soderbergh for his new thriller, Haywire (2011), and they once again use a fractured, non-linear storytelling technique, an accumulation of narrative elements which continually alter the viewer’s interpretation of what’s going on until everything finally fits together. If Haywire isn’t quite as good as The Limey, that may be because its story of a group of international mercenaries seems more generic and pulpy than the more accessibly human narrative of the earlier film. In addition, MMA star Gina Carano, although physically she perfectly fits the role of an attractive woman who can kick serious ass, delivers her lines in a flat monotone which dampens the dramatic impact of every scene. Where Terence Stamp provided The Limey with an intense core of anger and personal pain, there’s a vacuum at the heart of Haywire which is only partly compensated for by the excellent supporting cast and the clever story construction. Still, Haywire is one of the best thrillers to come along in some time. 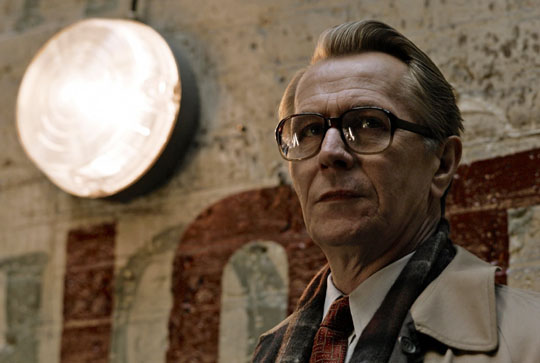 Tinker Tailor Soldier Spy (2011) seems like an odd choice for Swedish director Tomas Alfredson, best known for the chilly vampire masterpiece Let the Right One In (2008). Adapted from John LeCarre’s famous novel, this is a very British story about the stiff-upper-lipped intelligence establishment dealing with the presence of a Russian mole who’s compromising Britain’s partnership with the US at the height of the cold war.

In some ways, this seems like a determinedly old fashioned thriller, avoiding flashy action scenes (think the Bourne movies) in favour of men in the grip of suppressed emotions having conversations in grungy rooms. But the tightly constructed, intricate plot in which the forcibly-retired George Smiley (Gary Oldman) unofficially tracks the double agent to the top of the organization is riveting. I’ve seen a number of reviews which claim that the film is almost impossible to follow, but to me it seemed very carefully and methodically constructed; if there’s a “problem”, it’s just that the film expects its audience to pay attention to details rather than just sit and wait for things to be explained … as I said: old fashioned! 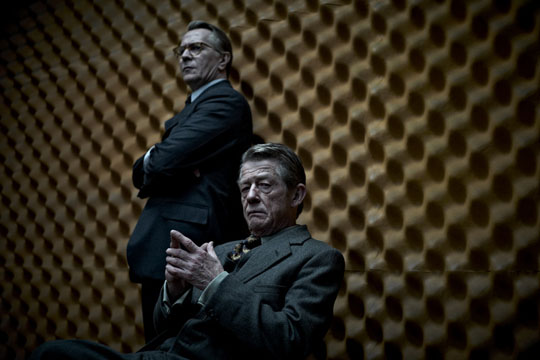 The large cast is terrific, even the smallest roles given weight and nuance in Alfredson’s richly textured imagery. Tinker Tailor Soldier Spy ranks with the great spy movies of the ’60s – The Ipcress File (1965), A Dandy In Aspic (1968), The Spy Who Came In From the Cold (1965) … 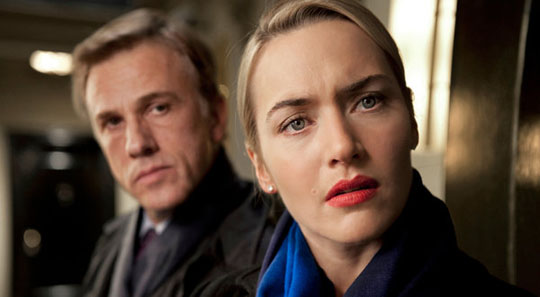 Carnage (2011) is Roman Polanski’s best film in years. Adapted from Yasmina Reza’s play Le Dieu du carnage by Polanski and the author, it’s a short, compact, pressure-cooker story about two middle class couples in New York who get together to politely and reasonably discuss an act of violence which occurred between their two young sons. Edgy liberal Penelope Longstreet (Jodie Foster) and her blue collar husband Michael (John C. Reilly) have invited Nancy Cowan (Kate Winslet) and her power attorney husband Alan (Christoph Waltz) to their apartment because the Cowans’ son hit their own boy in the face with a stick, breaking several teeth. 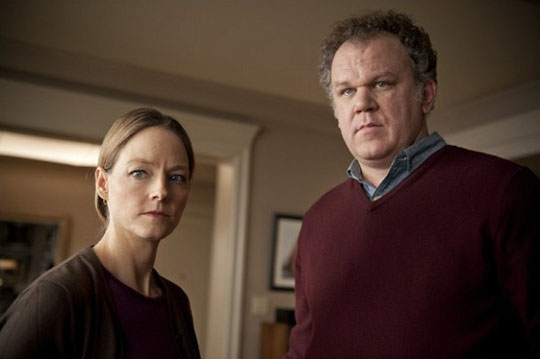 The Cowans don’t really want to be there and, as the conversation unfolds, politeness begins to give way to anger and cracks start opening up in both marriages as the conflict gradually shifts along gender lines. Playing out in real time, on a single set, this might sound rather grim and limited, and the idea of watching these four people tearing each other and themselves apart unappealing. But the script is written with real wit and Polanski and his excellent cast obviously like it so much that they all settle in to relax and enjoy themselves. All four performances are terrific and Polanski keeps things moving at a breathless pace.

The idea that polite society is just a thin veneer concealing the innate animal viciousness in people’s hearts isn’t exactly very profound, but in Polanski’s hands it becomes one of the funniest and most entertaining movies to come along in a while. The closest predecessor to Carnage in his work is probably that other great satire of social behaviour, Cul-de-sac (1966).

One thought on “Recent viewing – theatrical”

The Complete Jacques Tati on Blu-ray

The storytelling art of Sadao Yamanaka