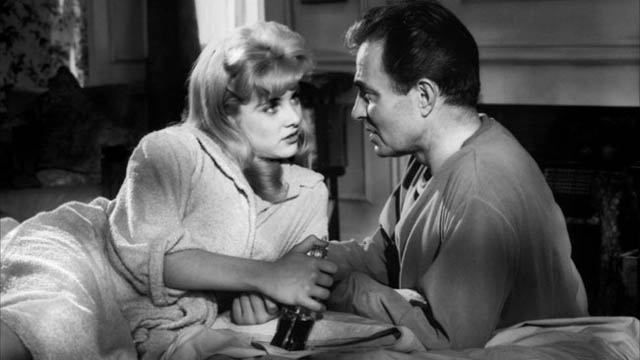 After the experience of directing Spartacus, Stanley Kubrick got as far away from Hollywood as he could. He moved to England, where he stayed for the rest of his life and made his eight subsequent features. Interestingly, the first two of those films were both set in the United States, as if despite making the move, he didn’t feel comfortable with completely removing himself creatively from his roots. After Lolita (1962) and Dr. Strangelove (1964), he went further afield, with movies set in the future, the European past, Vietnam and again in a kind of dream version of the States, but in those first two “exile” films there’s a suggestion of willfully disengaging from America. 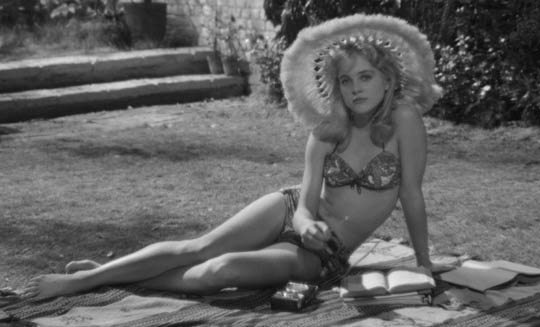 It’s easy to imagine that Kubrick conceived of his adaptation of Vladimir Nabokov’s novel Lolita as a deliberate refutation of Spartacus and the industrial model of Hollywood filmmaking which produced it. Lolita, because of its subject and form, was generally considered to be unfilmable. Nabokov, writing for the first time in English, used the novel to explore his adopted language, packing it with linguistic games, casting it in the words of a completely unreliable narrator, a man who uses everything in his verbal power to justify and gain sympathy for what amounts to the kidnapping and rape of a 12-year-old girl. Obviously, a subject completely unacceptable to the Hollywood production code. 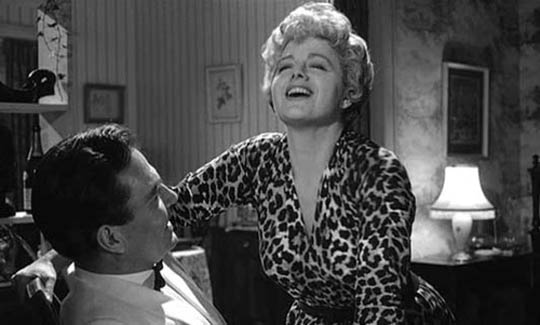 But the difficulties of adapting such a book go far beyond the raw subject matter. It’s virtually impossible to translate the “unreliable narrator” to cinematic terms because film relies on the material surfaces of what can be seen, rather than the abstract, conceptual forms of the written word. Viewers are inevitably kept on the outside of a character as observers, while in reading it’s possible to inhabit the consciousness of the narrator. Simply adding voice over thoughts to the soundtrack can’t overcome this problem (just compare Michael Winterbottom’s superficially faithful adaptation of The Killer Inside Me [2010] to Jim Thompson’s original novel). And audiences tend to resent what they see as being “lied to”, as in the opening sequence of Hitchcock’s Stage Fright (1950) in which Jonathan Cooper (Richard Todd) tells Eve Gill (Jane Wyman) a story, visualized by Hitchcock in flashback, which at the end of the film is revealed to be a complete, self-serving lie. 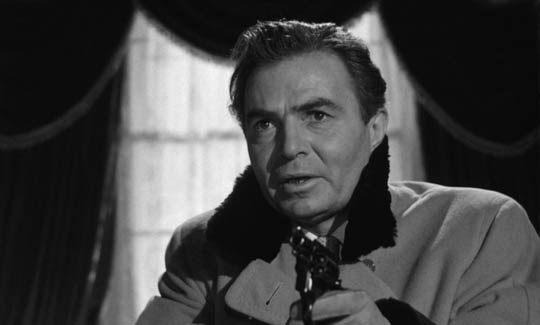 Stripped of his inner life, James Mason’s Humbert Humbert remains an opaque character. While the novel provides motivation for his obsession with Lolita in the loss of a childhood sweetheart, a loss which has trapped Humbert in an arrested emotional state which locks his sexual desire in a perpetual adolescent state, the film merely relies on the first image of Sue Lyon, lounging in the back garden in a bikini and looking pubescently seductive, to provide the motivation for everything that follows. And, of course, the casting of 16-year-old Lyon further distances the film from its source – she’s considerably more mature than the book’s pre-pubescent object of desire. (A similar distortion occurs in Kubrick’s adaptation of A Clockwork Orange [1971]: Anthony Burgess’ protagonist is a 14-year-old, while the film’s Alex is 28-year-old Malcolm McDowell, a change which alters the material a great deal.)

Filming Lolita in England also has a strange, distorting effect on the story. Nabokov wrote the book in part as a way of exploring and coming to terms with his adopted country, as well as with its language. It’s a kind of road trip, exploring the American landscape and popular culture. But there’s little sense of America in the film. Despite the second unit shots of Humbert’s station wagon on country roads and highways, a few glimpses of bleak towns, much of the film plays out on studio sets, and occasionally rather English-looking exteriors. 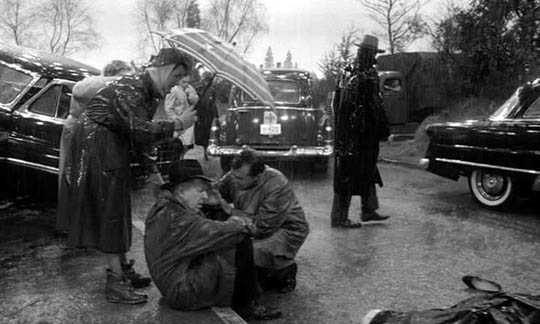 Although the screenplay is credited to Nabokov himself, apparently it was extensively rewritten by Kubrick and producing partner James B. Harris. Given how much of the novel gets lost in this translation, we might ask just what it was that drew Kubrick to the property in the first place. Surely the urge to transgress against the stifling restrictions of Hollywood was part of it. And perhaps the attempt to recreate America in England by an act of will was important to Kubrick’s development of the creative control which so strongly marked all of his subsequent films. While that control wavers noticeably in Lolita, the film has a visual assurance which speaks of Kubrick’s confidence. But he still seems to be feeling his way in other areas. 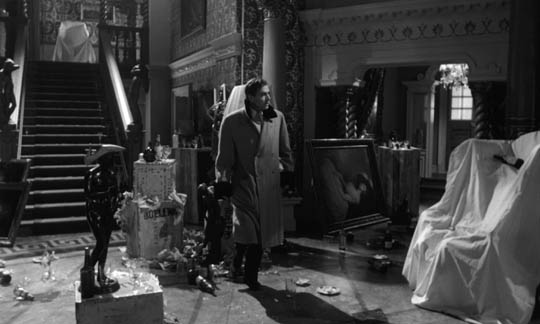 The touches of comedy in the film feel intellectual rather than organic – the brief bit of slapstick with the hotel porter and the folding cot is curiously detached and mechanical, as if Kubrick is examining something slightly alien to him. There’s a touch of cruelty in the treatment of Charlotte Haze (Shelley Winters), the ridicule which gets heaped on her sexual and romantic desire. Although this may partly be due to that problem of translating Humbert’s internal voice into the concrete images of film (after all, his particular sexual obsession would inevitably make an adult woman’s desire seem repulsive to him), it makes us take note of how rare female characters are in the director’s work. 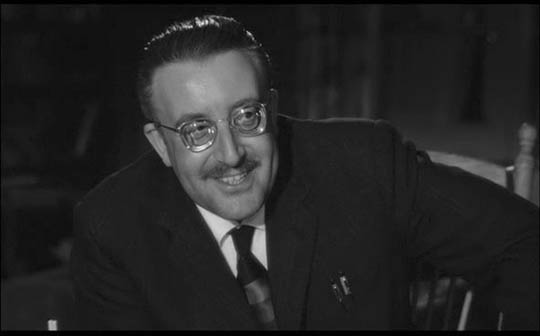 But perhaps the oddest element of Lolita is the handling of Clare Quilty, the “villain”, a role expanded from the novel in order to give Peter Sellers more screen time. We can sense Kubrick’s fascination with Sellers as a performer, a fascination which permits the actor to disrupt what is otherwise a rather cool comedy of manners with a series of grotesque caricatures which undermine the narrative reality of the film. In fact, Sellers’ Quilty comes across as a trial run for the multiple roles he would play so brilliantly in Kubrick’s next film, Dr. Strangelove. It’s interesting to note the odd passivity of James Mason in his scenes with Sellers. Elsewhere in the film, Mason is intense, obsessive, emotional – at times reminiscent of his crazed patriarch in Nicholas Ray’s Bigger Than Life (1956) – but in these scenes with Sellers he seems puzzled and bemused by what’s going on and, as an actor, merely stands back and lets the other man do whatever it is he’s doing.