In my rather long film-going life, I have often been out of sync with generally held opinions. I didn’t much like the Star Wars movies when they transformed popular culture, I found myself laughing at Titanic while surrounded in a crowded theatre by sniffling people who bought into it completely … So it doesn’t surprise me when I find myself in the minority in either liking or disliking something. 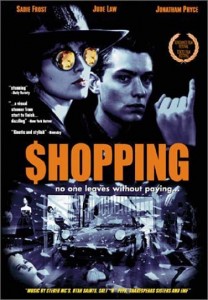 The first time I saw The Sixth Sense, I was mildly entertained, but when the final twist was revealed I couldn’t be bothered to make the effort to figure out whether M. Night Shyamalan had played fair, and I was surprised at all the praise that was heaped on him and his movie. However, since then I’ve become a fan of his work even as so many others who loved that first hit have apparently come to despise him – just read the comments on Rotten Tomatoes after each new release; the vitriol is quite amazing, with calls for his death and a ban on his being allowed to make any more films. Sure, most of his movies have some flaws – but then, how many movies are flawless? My own feeling is that a lot of people eventually came to feel some kind of “buyer’s remorse” for having invested so much in their response to The Sixth Sense and that, combined with the fact that Shyamalan is apparently completely sincere and un-ironic about his work, has resulted in a hostility which actually has little to do with what’s actually up there on screen and much to do with a now ingrained predisposition to reject anything he creates. Certainly, far worse filmmakers are repeatedly given a pass, while Shyamalan gets no breaks at all.

Now, I wouldn’t put Paul W.S. Anderson on quite the same shelf as Shyamalan – his ratio of crap to quality is undeniably higher (personally, I believe Shyamalan has made only one bad movie – Signs – and even that has some good elements), but I don’t believe he deserves the contempt so frequently heaped on his work. Even in some of his bad movies, he exhibits a genuine sense of visual style (like the two Resident Evil movies he personally directed – numbers one and four – which are not nearly as good as the two he merely wrote and produced).

Unlike Shyamalan, Anderson didn’t get much respect for his first film, Shopping (1994). In his native England, the negative response was sufficient to send him packing, looking for work in the States. I’m not sure what might have happened if he had been offered a different project as his first American production; Mortal Combat (1995) is definitely one of his worst films, and perhaps it set him on the videogame-movie path which has to some degree caused much of the negative opinion about him.

But the fact is he followed Mortal Combat with a couple of very good genre films: Event Horizon (1997), an effective blend of science fiction and horror, well designed, with a strong cast, and Soldier (1998), a terrific sci-fi story written by David Webb Peoples (Blade Runner, Unforgiven, Twelve Monkeys, etc) which provided Kurt Russell with one of his very best roles. Anderson’s finest film to date is Death Race (2008), a superbly grim piece of sci-fi action filmmaking made all the more impressive for his decision to go with real, on-set stunts rather than synthetic CGI, even to the point of flipping a full size semi tanker. It’s an intensely visceral film, and one only has to compare it to the recent sequel, Death Race 2 (Roel Reine, 2010), to appreciate Anderson’s skill. In Death Race, the action sequences are completely coherent, the rules and structure of the “game” always clear so that the viewer never loses sight of the relationships among the drivers or the events unfolding around them at high speed. In the sequel, although Reine knows how to stage a stunt, he completely fails to establish the geography of the action so that no matter how many spectacular crashes there are, they never seem to connect with each other or create a narrative line. But strangely, Anderson’s film was treated with general contempt when it was released, while the sequel garnered surprisingly positive reviews. Another case, it seems to me, of people viewing through preconceptions rather than looking at what’s actually up there on screen.

With the recent release on DVD and Blu-ray by Severin of Anderson’s first feature, Shopping, it’s possible to see quite clearly both his strengths and weaknesses. As Anderson says in the disk’s supplements, the film was a deliberate reaction to what he and producer Jeremy Bolt saw as the stifling nature of the British film industry in the early ’90s, the hegemony of literary adaptations and bleak social realist dramas at the expense of “entertainment” – by which, they mean the visual and narrative pleasures of action and genre. In other words, Shopping was the work of rebellious young men. 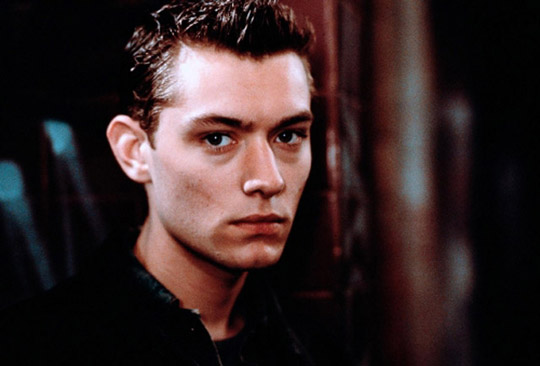 At the time that the film was made, the issue of “ram raiding” was of some concern; aimless, unemployed kids stealing cars and smashing them through store fronts, more for fun than profit, though the ostensible purpose was theft. Shopping takes this phenomenon and sets it in a stylized, slightly future city where the charming and handsome Billy (Jude Law in his first movie) is addicted to cars, speed, danger and the social cache his actions gain among the other kids. His rival is Tommy (an excellent Sean Pertwee) who has moved beyond thrills for their own sake and is turning ram raiding into a business. Authority is represented by the policeman Conway (Jonathan Pryce) who ineffectually tries to persuade Billy to smarten up. However, a failed relationship with his own father has given Billy a complete lack of respect for any authority. 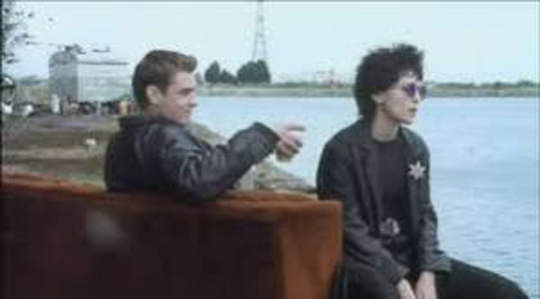 The only possible influence which might change him is Jo (Sadie Frost), his constant companion in crime who urges him to get away and offers the possibility of some kind of adult relationship. But Billy isn’t an adult; he’s a petulant, nihilistic adolescent, a pre-sexual boy whose hormonal energies are channelled into aimless anti-social behaviour, essentially giving the finger to the father who rejects him. It’s not hard to see that none of this is going to end well.

While the film itself is infused with some of the protagonist’s immaturity, there can be no denying Anderson’s filmmaking skills. He directs with great energy, the constantly moving camera, dynamic angles, skillfully staged action scenes all belie the minuscule budget.  He gets fine performances from his cast, both the inexperienced newcomers and the seasoned pros. And he has a terrific eye for locations, transforming grim industrial landscapes and derelict areas of London into a composite city devoid of any kind of human warmth or hope.

Less than a year after Shopping was released, Danny Boyle’s Shallow Grave turned up, and a year after that Trainspotting, so Anderson and Bolt have some justification for claiming that they were working at the leading edge of a new wave in British filmmaking. But the critics and the censors weren’t quite ready for it and the release of Shopping was delayed for months by the BBFC and when it did finally come out it was savaged by most of the critics as reprehensible, a senseless orgy of wanton destruction, etc. Looked at now, there’s an almost sweet-natured naivety to the film, mostly arising from Jude Law’s wide-eyed innocence as Billy. It’s like Mad Max re-done as Bugsy Malone.

Paul W.S. Anderson isn’t a sophisticated filmmaker, but he has a real sense of style and at his best, working from a well constructed script, he is capable of creating strong genre movies. I don’t know why his work inspires such hostility … but then, I’ve always been out of sync.