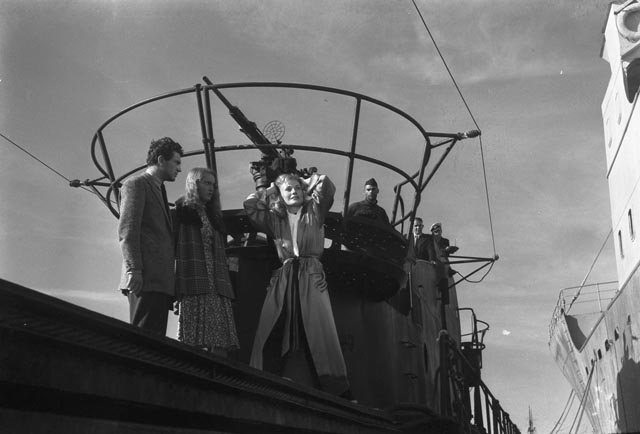 My friend Howard and I get together fairly regularly for an evening of conversation and movie viewing. The conversation often revolves around what he goes through teaching film courses to first year university students … something I’m glad not to be involved with! The viewing more often than not focuses on older movies (we’re both pretty nostalgic). Our latest evening took in two post-war black-and-white films, one French, one English; one looking back at the recent conflict, the other immersed in the burgeoning Cold War. 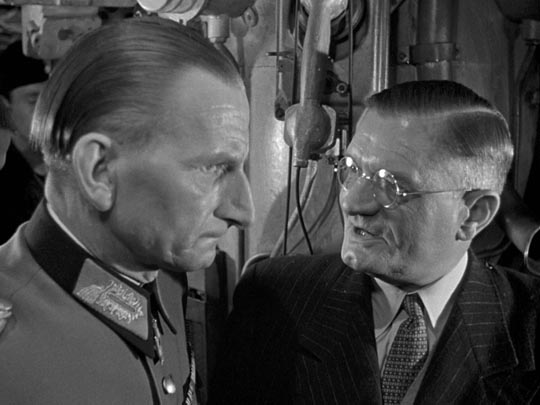 The general and the Nazi

The reputation of French director Rene Clement is undergoing a gradual rehabilitation. Although admired by people like Alfred Hitchcock, he was targeted for his supposed regressive tendencies by the critics (and Hitchcock admirers) who became the French New Wave. An odd attitude since Clement’s early work helped to lay the foundations for the New Wave … or perhaps not so surprising after all: could they have taken aim at him specifically because he was a precursor and they really wanted to give the impression that they were inventing something entirely new, creating an absolute break with the past? 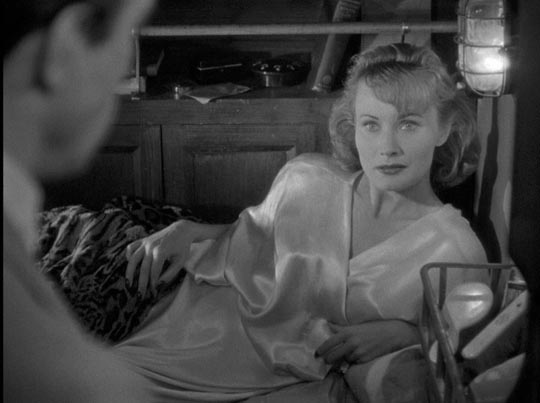 Married to the Count; mistress of the general

Clement began as a documentary maker in the late ’30s and the influence of that practice is clearly visible in his first feature, La Bataille du rail (Battle of the Rails, made in 1945 and released early the next year). That remarkable film, depicting the resistance of French railway workers to the Nazis through various types of sabotage, has a vivid air of documentary realism; made with the cooperation of the Resistance, it reflects the same principles that shaped the Italian neo-realism which emerged at the end of the war – a concern with capturing real experience, the use of non-professional actors, an unfiltered representation of social conditions and human behaviour. It also established Clement as something of an “invisible” influence on future filmmakers; the subject and technique (right down to the spectacular train crash staged by Clement) can clearly be seen in John Frankenheimer’s The Train (1964), which almost stands as a big-budget Hollywood remake of Clement’s film. 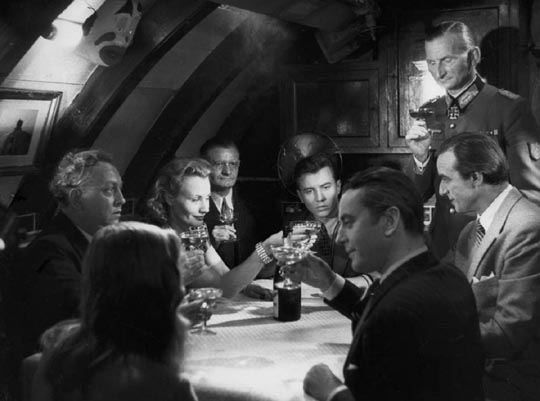 The following year, Clement made an even more remarkable film, Les Maudits (The Damned, 1947), just released on disk by the Cohen Film Collection. At least two major filmmakers were later influenced by this one – Hitchcock, in the details of a murder scene which show up again in Psycho (1960), and more significantly Wolfgang Petersen in the overall style and mood of the film, which prefigures his epic Das Boot (1981). In fact, what were seen as major technical innovations in Das Boot had already been done by Clement thirty-four years earlier. Shot on an actual submarine, and on a minutely detailed set duplicating the cramped interior at Victorine Studios in Nice, Clement captures the tension and claustrophobia of people trapped in such a confined space more realistically than any other submarine movie until Petersen’s, and includes a spectacular tracking shot which runs the length of the boat’s interior, revealing the cramped dimensions and the crowding of the crew and passengers decades before the advent of lightweight cameras and Steadicam rigs. 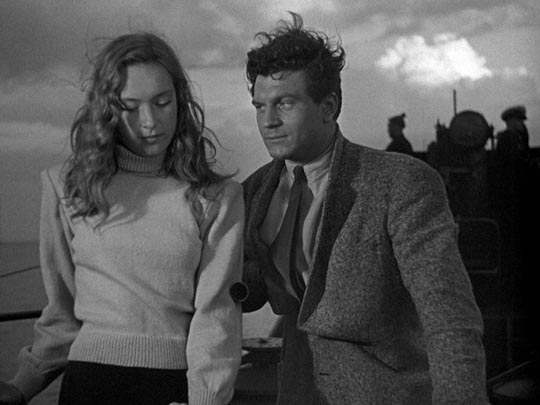 But Les Maudits is remarkable for more than its technical accomplishment. The story deals with a group of Nazis and fellow travellers (including a Swedish businessman, an Italian nobleman, a collaborationist French journalist) as they attempt to escape to South America in the last days of the war. The gradual social and psychological collapse of this group, reflecting the disintegration of the Nazi empire, is viewed through the eyes of a French doctor who is kidnapped and taken aboard to tend to the submarine’s inhabitants during the crossing, clearly facing death once they reach their destination. 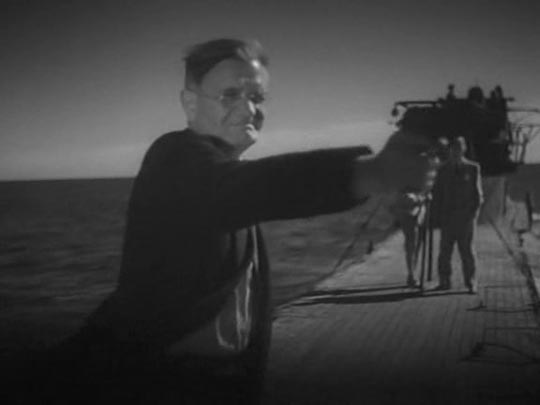 Deadly to the end

Considering that the film was made just two years after the war’s end, perhaps its greatest distinction is the clarity with which it views these characters. Clement avoids any kind of caricaturing (even in the noxious Nazi official who travels with a younger man, a handsome criminal thug, in an obviously homosexual relationship). Each character is drawn in convincing detail, revealing personal weaknesses and degrees of corruption which the film considers to be inseparable from Nazism itself, a rotten core which both defined its aims and determined its ultimate collapse. And yet there is nothing schematic or didactic about the film; all of this is embodied in a tense drama of shifting relationships and occasional eruptions of violent action, richly and precisely photographed by the great Henri Alekan, whose career spanned some 60 years and included work with Hitchcock, William Wyler, Wim Wenders, Jean Cocteau, Jacques Becker and many more. 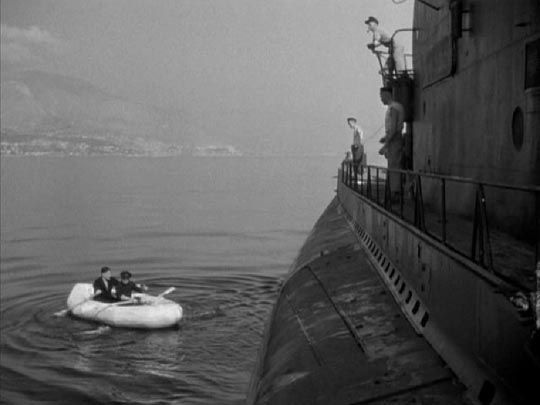 Although Clement’s later films lack the radical innovations in content and style of his early work, he deserves to be seen as a major, influential filmmaker who helped to promote the evolution of cinema in the post-war years away from the literary and theatrical dominance of the studio model (best represented by Hollywood, but found throughout Europe as well) and towards a more cinematic freedom which flourished in the various new waves of the late ’50s and ’60s. The disk contains a 51-minute documentary featuring a number of critics, film historians and prominent filmmakers who forcefully make this argument, plus a commentary track by academics Judith Mayne and John E. Davidson. 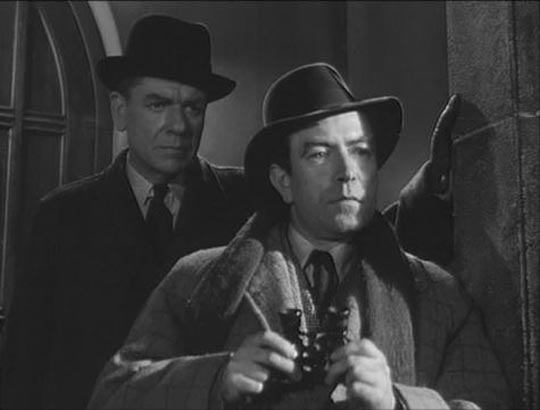 Unlike Clement’s film, the Boulting brothers’ High Treason (a region-free PAL disk from Strawberry Media) attempts to break no new ground. In fact, it seems almost a step back from their previous feature, Seven Days to Noon (1950), which confronted the nascent madness of the Cold War with a pointedly pacifist (and leftist) critique of the politics of nuclear escalation. High Treason (a kind of sequel to Noon, at least in the reappearance of Andre Morell as Scotland Yard’s Superintendent Folland from the earlier film) is modeled on a kind of sub-genre from World War 2, films about agents urgently tracing networks of Nazi spies (like Henry Hathaway’s The House on 92nd Street [1945] and 13 rue Madeleine [1947], or closer to home, Thorold Dickinson’s The Next of Kin [1942]). 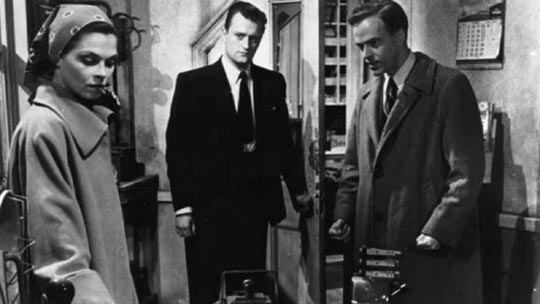 A series of explosions on freighters shipping arms to the Far East (presumably for the Korean War) sets British police and intelligence on the trail of a network of communist agents. The film parallels the investigation with the activities of the communist cells as they build towards a grand plan to cripple the nation by destroying all major power plants. The enemy is led by cold-blooded intellectuals who use convincing arguments to get ordinary workers to carry out acts of sabotage. The rot runs from the highest levels of society and politics to the lowest levels of the working class and only the middle class professionals of the security establishment stand between the nation and chaos. 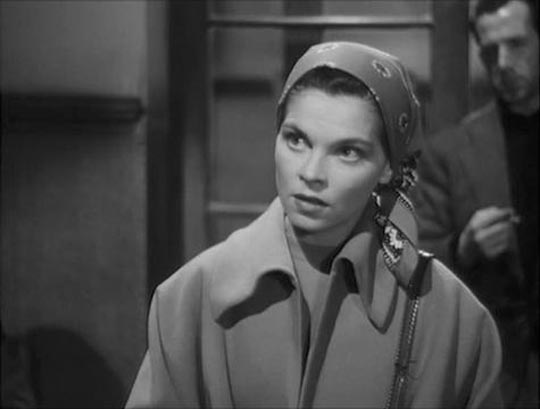 Coming so soon after Seven Days to Noon, High Treason is a surprisingly conservative film, particularly coming from John and Roy Boulting, notable for their leftist politics throughout the ’30s and ’40s, and perhaps indicates the beginnings of the political disillusionment which would produce their famous series of satires in the ’50s and ’60s in which they set out to attack pretty much every facet of British society. Their film has a definite air of attempting to duplicate an American mode of storytelling, particularly in the large-scale action finale which involves a protracted gun battle inside Battersea Power Station. 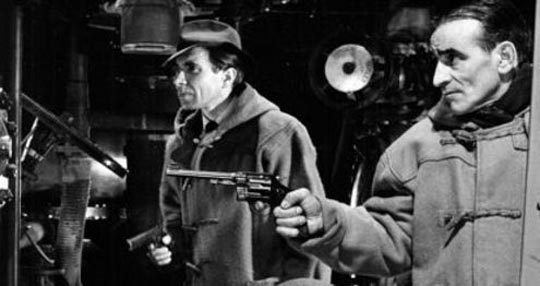 But the Red Scare elements of High Treason turn out to be the least interesting aspect of the film. Its real strength comes from the rich texture of its details, a very large cast of familiar English character actors who fill the narrative with vivid and sharply comic social detail. And strikingly, the film strongly prefigures in structure and tone Basil Dearden’s Victim (1961), in which the communist strain running through every level of society is replaced with the hidden secret of homosexuality. As in the Boultings’ film, the investigation of concealed sexuality in Victim reveals much about class and the way it functions in English society – the big shift, of course, being Dearden’s sympathy for those in hiding. In High Treason, sympathy is reserved only for those pathetic dupes at the bottom who play their parts in the communist plots without really understanding what they’re involved in.

Although the politics of High Treason are as dated as those of Leo McCarey’s My Son John (1952), the location shooting in London and the character details around the periphery of the narrative provide a fascinating documentary portrait of the metropolis just a few years after the war and, as in Sam Fuller’s Pickup On South Street, the ostensible political element can be seen as little more than a McGuffin on which to hang the narrative. And speaking of McGuffins, the film has several very well-developed Hitchcockian elements, particularly the pretentious modern music society which serves as a front for the communist plotters and the labyrinthine building which doubles as a tutorial college and secret commie headquarters.