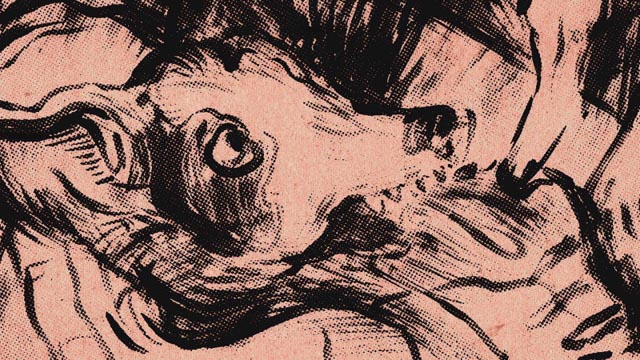 A friend lent me a copy of Laurie Anderson’s debut album, Big Science, in 1982 and I was immediately hooked. The repetitive rhythms and the incantatory words were hypnotic. A couple of years later, I snapped up the five-disc United States I-IV Live boxed set and almost wore the records out with near-constant play. Anderson’s work was wistful, amused, curious – always interested in whatever her attention alighted on, exploring history, religion, politics, emotion, and always with a beguiling lightness of touch which sometimes hid deeper and darker meanings until you were ready to hear them.

Although in a sense music became increasingly important in her work – she took singing lessons in preparation for Strange Angels, the album she released in 1989 – it has never taken precedence; rather, it remains, like her use of visual text and various forms of imagery – drawings, photographs, movies – part of a complex, multi-layered exploration of language and the ways in which it describes, and perhaps more importantly shapes, perception. At the heart of this is the nature of narrative, the stories we tell to shape and give meaning to our experience, while paradoxically the act of turning those experiences into stories in a sense erases the original experience. 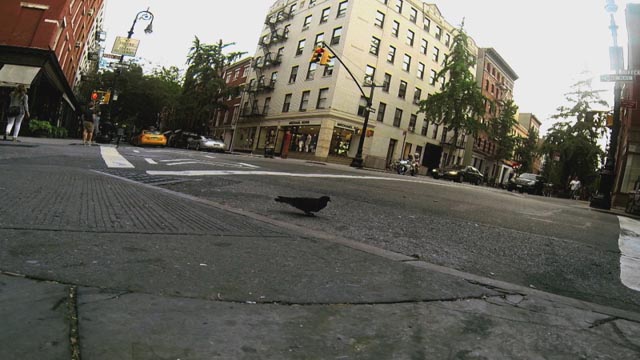 A dog’s eye view of the New York streets

Although Anderson has made a number of films and videos over the years, all conceived around her performances, her new film, Heart of a Dog (2015), is different. The most obvious thing which sets it apart from, say, Home of the Brave (1986), which transformed a record of her live performance into an independent cinematic work, is that this time she has entirely removed herself as a visual element. Heart of a Dog is not a performance film – perhaps it’s more of a personal essay, something like the work of Chris Marker (in one of the supplements on Criterion’s Blu-ray, Anderson mentions that Marker’s masterpiece, La Jetee, is her favourite film).

Heart of a Dog opens with an evocative piece of minimalist animation in which Anderson recounts a dream in which she gives birth to her beloved rat terrier Lolabelle. The close emotional bond between artist and dog binds together all the various elements of the film, elements which range from the very small and personal (walking with the dog on California hills) to the very large and ominous (the destruction of the twin towers within view of Anderson’s New York apartment). Her story about hawks on those hills swooping down in preparation for snatching up Lolabelle, only to withdraw when they realize the dog is too big a morsel, and Lolabelle’s apparent realization that she might be considered prey by a dangerous predator, and her subsequent vigilant searching of the sky as she walks, segues into Anderson’s observation of the paranoia of New Yorkers after 9/11, also realizing that death can swoop down on them from the sky. 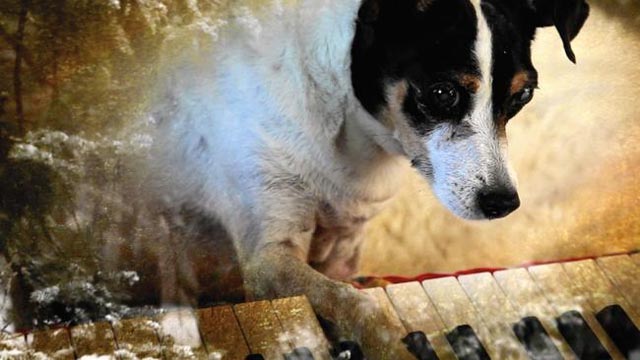 These kinds of observations and extrapolations are the essence of Anderson’s art. She follows discursive trains of thought to make unexpected connections which suddenly illuminate something which may previously have seemed too difficult to fully comprehend. An observation of the differences between human and dog sensory experience (visualized with images rushing at a low angle past mounds of litter on a New York sidewalk, colours shifted to suggest the way a dog sees) segues to a consideration of the NSA’s massive new desert-located surveillance facility which is gathering information on American citizens in quantities unheard of in previous history. Anderson ponders the ways in which the gathering, synthesizing and manipulation of all that data transforms the experience of individuals into stories told and controlled by others.

These thoughts circle around again and again to her attempts to understand Lolabelle and Lolabelle’s experience of the world. She speculates on the dog’s understanding of language and, in one of the film’s most charming digressions, Lolabelle’s musical abilities. Here Anderson raises the YouTube cute-pet-video to a level of emotionally resonant art as Lolabelle eagerly plays a keyboard, gives public benefit concerts for animal rights organizations, and even records a Christmas album, which, Anderson says, “was … pretty good.” 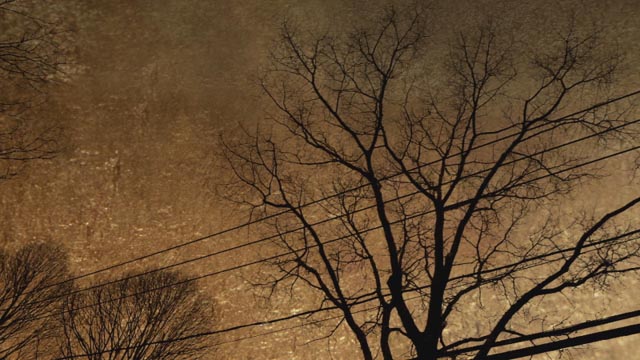 The warmth and humour of Anderson’s relationship with Lolabelle leads to the deeply moving impact of the dog’s death – and to the central subject of the film. Heart of a Dog is about death, loss, and acceptance, themes which Anderson navigates through Buddhist perspectives and ideas drawn from the Tibetan Book of the Dead. This is about acknowledging and accepting the emotions surrounding grief without giving in to them, about seeing death as a transition, about becoming aware of mortality and letting go of attachments.

The film expands from Lolabelle’s singular death to encompass widening circles of awareness. Anderson speaks of her mother’s death and coming to terms with the fact that she didn’t feel love for her mother. She goes back to her childhood experience of an accident at a swimming pool which broke her back and left her in a hospital ward for months with other children who had been severely burned, and her later realization that although she had recounted this story many times, she had always left out something key: the pain, fear and death of the other children. And then, circling around these painful observations of mortality, Anderson obliquely refers to what in retrospect may well have been the impetus for making the film: we catch a glimpse in a brief home movie clip of Lou Reed lying on a beach (this comes about two-thirds of the way through the film) and there’s a deep emotional shock as we realize that all these stories, all this circling, has an unspoken centre of gravity – the death of Lou Reed, Anderson’s husband, in 2013. 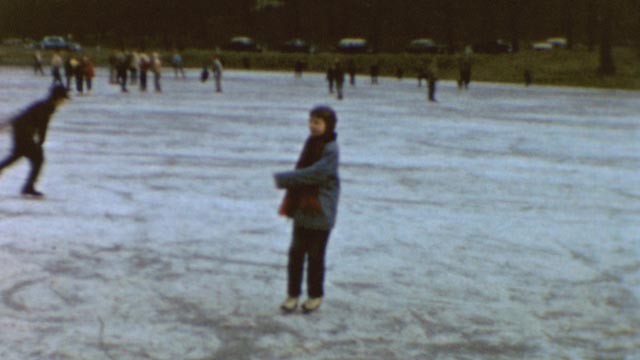 The film itself is an act of grieving, an artful way of coming to terms with feelings of loss, a way, as Anderson says, of “feeling sad without being sad.” She is using all of her talents to express these feelings without succumbing to them, and in the process coming through them in a positive way. Accepting death becomes an affirmation of life. According to Anderson, the Tibetan Book of the Dead links love and death; “the purpose of death is the release of love.”

Criterion’s Blu-ray presents a crisp image in which various digital formats, hand drawn animation, and 8mm home movies blend into a subtly textured whole with a visual quality which reflects the layering of voice, music and ambient effects. There are two separate sound options, the default being the full mix, while the alternate strips away everything except Anderson’s voice and a few moments of sync audio. The only advantage to the latter is that it allows you to focus more closely on Anderson’s words, which in the full mix take on a more plastic quality as part of the musical soundscape.

The most significant supplement on the disk is a conversation (41:10) between Anderson and Jake Perlin, one of her co-producers. Anderson comes across here just as she does in her work, lively and charming and endlessly fascinated by the world she inhabits. The conversation ranges over her entire career as well as the impetus for making Heart of a Dog.

There are two brief deleted scenes (1:47 and 1:06) which are interesting, but don’t add much to what’s already contained in the film.

A brief featurette (6:36) edits an outdoor concert performed by Anderson for an audience of dogs in Times Square. 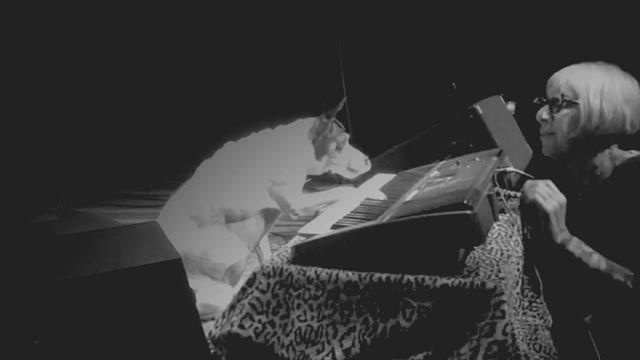 Lolabelle performing in a concert for animal rights

Lolabelle’s Christmas Card (4:46) is a brief musical performance by the terrier.

There’s also a trailer (1:51) and a booklet essay by critic Glenn Kenny.