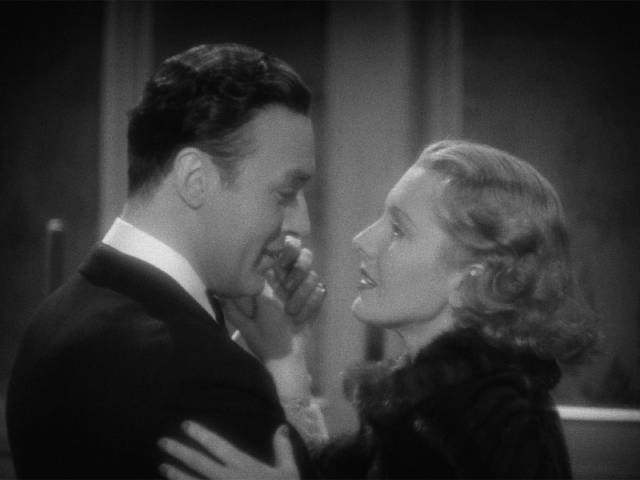 The image of golden age Hollywood is one of vast “dream factories” turning out an endless stream of entertainment under the firm hands of dictatorial studio heads who used and abused armies of creative people in an endless search for what might please audiences and make a profit. The idea of film as art, and of filmmakers as artists, existed in constant tension with the business, only emerging fully in the ’60s as the studios slipped increasingly into a decline which began with the Supreme Court decision in U.S. v Paramount Pictures et al., in which the studios’ monopoly powers over production, distribution and exhibition were stripped away. At the same time, the independent creative spirit exemplified by the French New Wave and similar movements in other countries inspired the interest of academics who began to look back and discover that artists had always been toiling away on the factory floors, finding ways to subvert their employers to produce art. 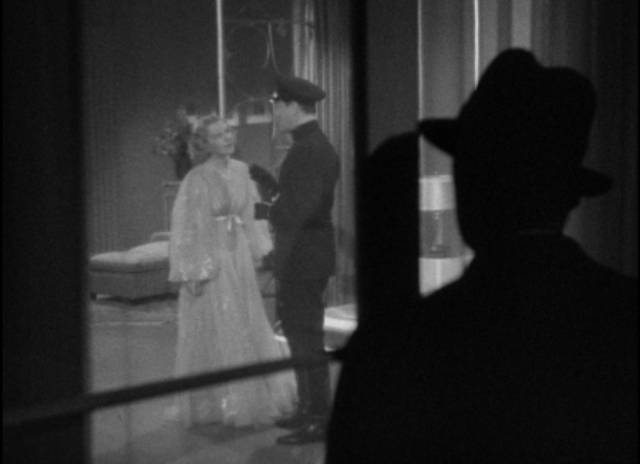 That work had required stubborn determination, and even heroic efforts might fail – as in such cases as Erich von Stroheim’s Greed (1924), butchered by MGM, and Orson Welles’s The Magnificent Ambersons (1942), butchered by RKO, almost as if they desired revenge for what he had done with their resources when he had made Citizen Kane (1941). Welles had defied the system, but others, like John Ford and Howard Hawks, worked within it to express themselves. Frank Borzage, who acted in more than a hundred movies in the teens and began a prolific directing career in 1913, developed a distinctive identity in a series of films through the ’20s – deeply romantic, but not in the trite, sentimental style of typical Hollywood love stories. For Borzage, love was a near-mystical, almost religious force capable of redeeming characters trapped by harsh circumstances – poverty, crime, war. 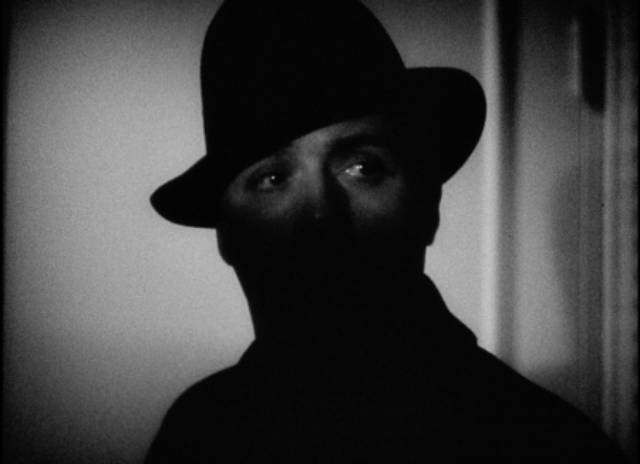 Borzage made the transition to sound successfully, peaking with A Farewell to Arms (1932) in which he managed to infuse Hemingway’s war story with his own romanticism. But as the ’30s progressed he had a string of commercial failures with movies which have subsequently accrued critical admiration – Man’s Castle (1933), No Greater Glory and Little Man, What Now? (both 1934). The advent of the Production Code subsequently precluded the kind of adult treatment of situations in these films (Man’s Fate was re-released in the late ’30s with nine minutes hacked out to eliminate problematic dialogue and the out-of-wedlock pregnancy of Loretta Young’s impoverished heroine).

The commercial failure of these films meant that Borzage had to take jobs as they were offered and he made a number of trivial musicals and melodramas – the notable exception was the Marlene Dietrich-Gary Cooper romantic comedy Desire (1936). But then he was approached by independent producer Walter Wanger with an offer. Wanger pitched him a project with the title History is Made at Night, which immediately appealed to Borzage. He asked what the story was and Wanger admitted that all he had was a two-page sketch. Borzage, the producer and no less than four writers set to work to write a script, but shooting had to begin when only half of it had actually been written. 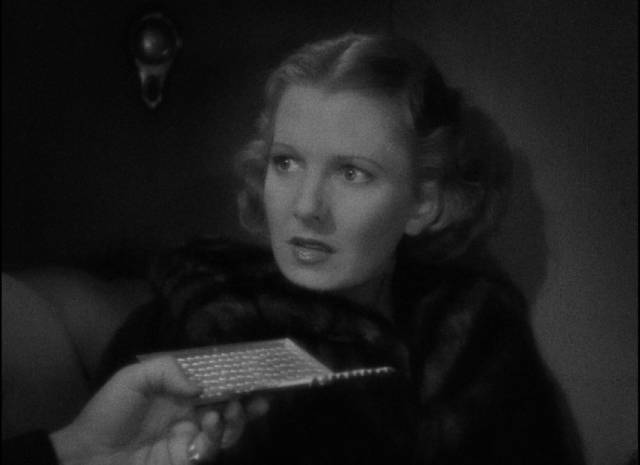 Although it wasn’t unknown for movies to be revised during production – Casablanca (1942) was being patched together as it was shot, with no one knowing until the last moment how it was going to end – but there are few examples of improvisation as radical as History is Made at Night (1937); the large-scale ship disaster with which it ends was thought up in the last two weeks of production and required re-shooting the opening to transform Colin Clive’s generic rich man into a wealthy ship owner about to launch his new super liner. This elaborate climax is executed on an impressive scale which is all the more remarkable for having been thrown together so quickly.

And yet that’s not necessarily the most remarkable thing about the film. Borzage blends together so many genres and tones that it seems impossible that they could form any kind of unified whole, and yet History is Made at Night is both exhilarating and satisfying. Perhaps it’s no coincidence that cooking plays such an important part in the narrative, the blending of disparate, even seemingly incompatible ingredients into a dish with complex flavours complementing and amplifying each other… The film is a romantic comedy, at times bordering on screwball, but also a melodrama of troubled marriage; there are elements of film noir, and it climaxes as an all-out disaster film; and for good measure it’s a suspense story which occasionally slips into horror. That all this attains narrative coherence is a tribute to Borzage’s prodigious skills, all the more impressive because so much was achieved on the fly. 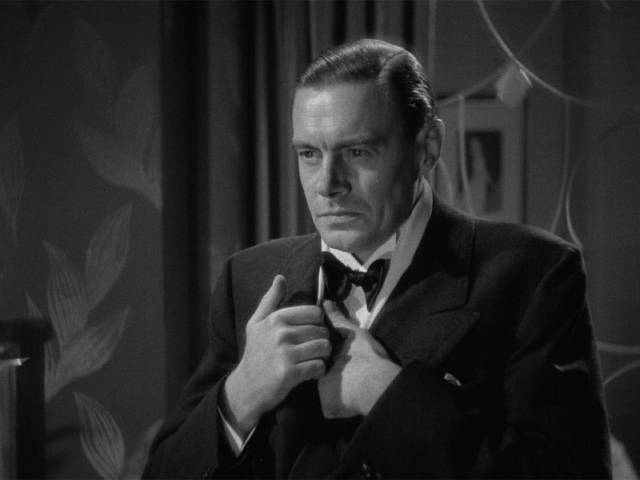 The film begins with the nightmarish marriage of Irene Vail (Jean Arthur) to shipping magnate Bruce Vail (Colin Clive), a man for whom ownership is everything. His jealousy leads him deeper and deeper into madness and the threat of violence, paradoxically driving his hitherto faithful wife away. After a public scene in which he accuses her of having a lover, she files for divorce; even as Bruce is preparing for the maiden voyage of his new ship, the Princess Irene, he is obsessed with preventing her getting away from him. According to the rules of divorce, if it can be proved that Irene has engaged in a relationship with another man during the six months before the decree is finalized, then the divorce is void (I have no idea whether this absurdity was real at the time or invented for the film), and so Bruce pays his chauffeur to go to Irene’s hotel room and force himself on her, so that Bruce can burst in with a detective to “prove” her faithlessness. 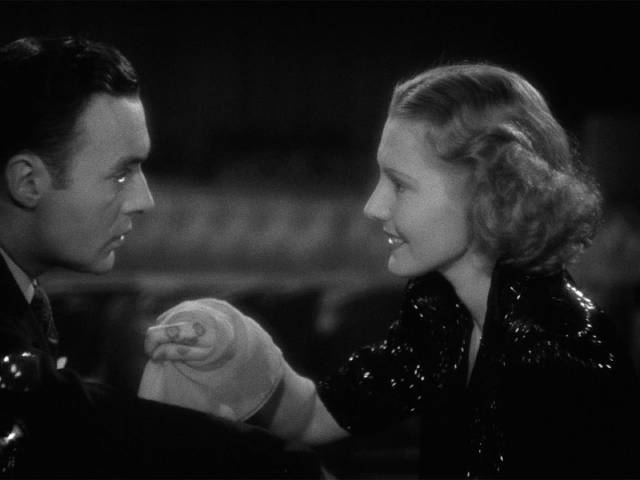 As the chauffeur’s assault begins, Paul Dumond (Charles Boyer) overhears from the next room and slips out onto the balcony to see what’s happening. As the chauffeur gets his hands on Irene, Paul pulls his hat down over his eyes and enters the room, knocking the chauffeur out. But then Bruce is at the door with the detective, and Paul’s presence may still compromise Irene. So he pretends to be a thief, faking a gun in his pocket, holding Bruce and the detective at bay while stealing Irene’s jewellery and taking her hostage, escaping back onto the balcony.

Driving away in a taxi, Irene has no reason to suspect that Paul is anything but a jewel thief and is confused when he takes offence and gives her back all the loot. She’s delighted to realize that he is actually her rescuer and agrees to go with him to a restaurant, where they spend the night eating, drinking, dancing … and falling in love. But this escape from Bruce is destined to be complicated in increasingly convoluted ways, because after Paul and Irene left the hotel room, Bruce saw his chance to get his wife back and simultaneously destroy the man he assumed was his rival; he cold-bloodedly kills the chauffeur and calls the police, putting the blame on the as-yet unidentified Paul. 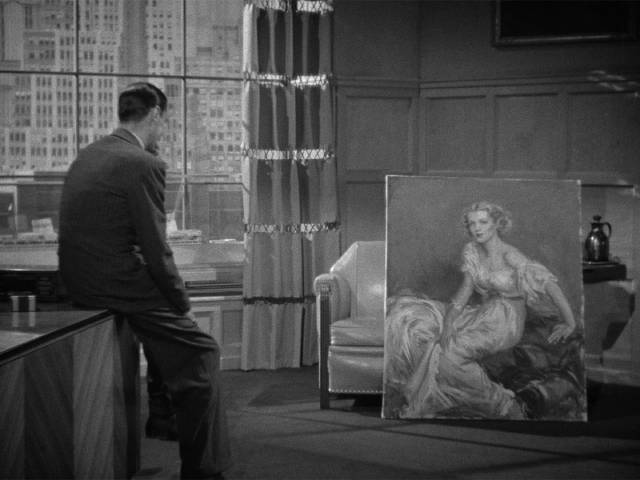 When Irene returns to the hotel, elated by the prospect of a new life with Paul, she finds Bruce with the police and realizes that a trap has been set. In order to protect Paul, whom she believes has accidentally killed the chauffeur, she agrees to return with Bruce to America. From this point, Borzage manages to balance Paul’s quest to find Irene again – which involves a trip to New York with his friend, the master chef Cesare (Leo Carrillo), where they take over a restaurant, which quickly becomes the talk of the town – with Irene’s continuing efforts to escape from Bruce. She has returned to her former job as a “mannequin”, doing her best to avoid Bruce whose possessive rages are becoming murderous (Clive is obviously drawing on his earlier role in Karl Freund’s Mad Love [1935] as pianist Stephen Orlac who had a murderer’s hands grafted onto his wrists by Doctor Gogol [Peter Lorre] after being injured in a train crash). 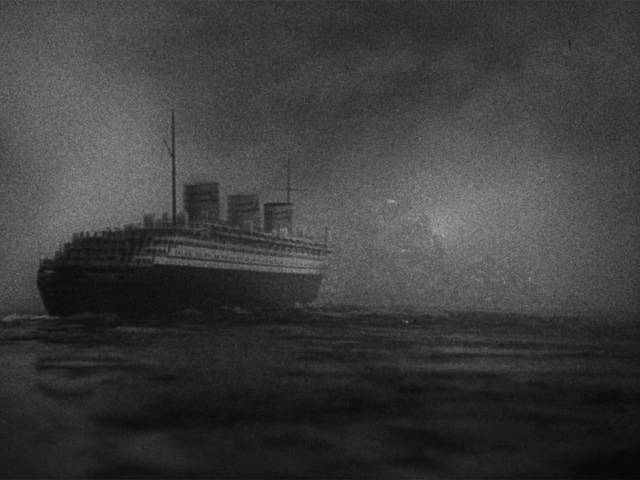 Irene is caught between the darkness of Bruce’s jealousy and Paul’s bitterness when he believes she has chosen her husband over him, and all the complications can only be resolved by fate stepping in – first by news that a man has been arrested in Paris for the murder of the chauffeur and then, as Paul and Irene sail on the maiden voyage of the Princess Irene intent on straightening out what really happened on the night of the murder, by the disaster precipitated by Bruce’s orders to the captain to set a record despite fog and ice warnings in the North Atlantic. As in previous Borzage movies, the spectre of death hangs over the couple, testing a love which in turn transcends death. In those final moments, all the disparate threads woven into the narrative come together into a pattern which seems destined despite the improvisational nature of the narrative.

History is Made at Night constantly surprises with unexpected shifts of direction and tone, avoiding the predictability of so many Hollywood movies which were carefully constructed to adhere to the generic expectations of the audience. Its originality lies in its disregard for what commercial entertainment was supposed to provide, and its freshness and invention are as satisfying today as they must have been in 1937, greatly aided by the obvious chemistry between Boyer and Arthur, to which the chilling madness of Clive provides a powerful dramatic counterpoint. Clive was seriously ill during the production and apparently very difficult to work with, something which played into his character, and he died soon after the film was completed, just 37 years old.

Criterion’s Blu-ray has been mastered from a 4K restoration from a 35mm nitrate duplicate negative, supplemented with sections from a 35mm fine-grain safety print. With heavy grain, and excellent contrast, the image has an appropriately dreamy quality.

The disk extras start with a conversation between Peter Cowie and former director of the Cinematheque suisse Herve Dumont (23:53) in which they discuss the particular romantic qualities of Borzage’s work and the unusual production history of History is Made at Night. This is followed by an interview with critic Farran Smith Nehme (13:21) who speaks of Borzage’s obsession with romantic love. Then there are excerpts from an audio interview with Borzage from 1958 (30:47) in which he discusses his career and the production of this film. A restoration featurette (8:52) goes beyond the usual before-and-after comparisons, with technicians explaining the problems in locating viable sources and describing the technical difficulties involved in removing scratches and frame damage without compromising image quality. Finally, there’s a 1940 Screen Guild Theater radio adaptation (27:05).

The booklet essay is by critic Dan Callahan.