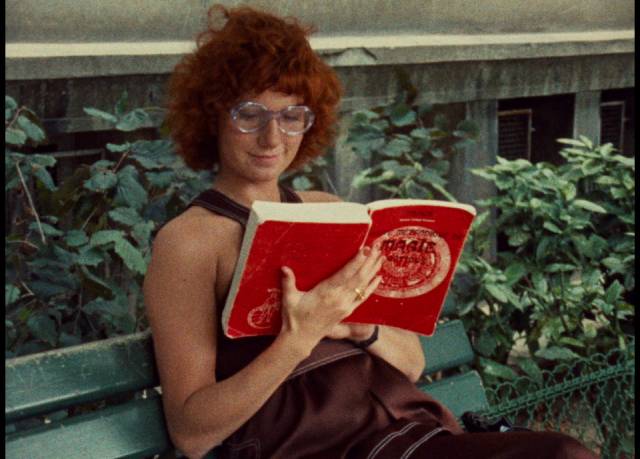 An element of play runs through much of the work of Jacques Rivette, a sense of continuous invention and discovery which transforms Paris into a phantasmagoric city permeated with secrets and mysteries. And nowhere is this more apparent than in his most playful film, Celine and Julie Go Boating (1974), subtitled (in English) Phantom Ladies Over Paris. But that playfulness doesn’t mean that this strange 193-minute entertainment is simple or shallow. There are so many layers to the film, so many ideas packed into it that it virtually bursts at the seams – and yet it retains an overriding air of lightness which belies its complexity.

Made, as all of Rivette’s films were made, as a collaborative creation with his actors and co-writers, Celine and Julie explores the mysterious nature of storytelling itself, the ways in which we understand the world by transforming experience into narratives which have meaning. More specifically, it dives into the interactions of children’s imaginations with a bewildering world of which they are trying to make sense. Not surprisingly, Rivette and company take Lewis Carroll’s Alice as a starting point; the opening sequence directly references the beginning of Alice in Wonderland (which is even more specifically cited later in the film by the endangered child Madlyn). 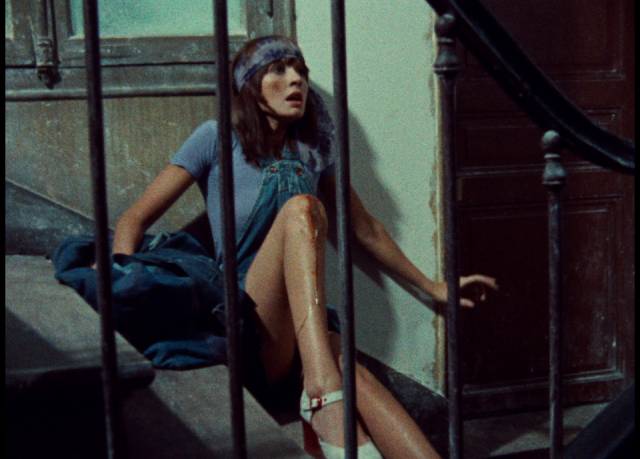 Julie (Dominique Labourier) sits on a bench in a sunny park, her attention shifting back and forth between the book she is reading (a text on magic) and her surroundings, each adjustment in focus signalled by putting on and taking off her glasses as if caught between two modes of perception. With the heel of her shoe, she draws a mystic symbol in the gravel; children play; a cat prowls, stalking birds… And then, almost as if conjured by Julie’s desire to have something interesting happen, Celine hurries across the park in front of her, dropping a pair of sunglasses as she goes. Julie calls, trying to attract her attention, but like Carroll’s White Rabbit Celine is too preoccupied to hear. So Julie picks up the sunglasses and hurries after her. 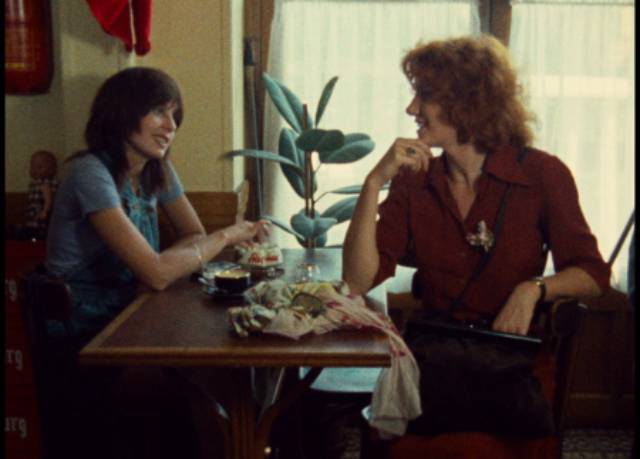 Celine and Julie finally meet and begin a friendship

Her pursuit takes us on a tour of the almost-deserted streets of Montmartre, becoming a game, with Celine aware of her follower and leading her on. But they don’t meet yet. Over a few days, their paths cross occasionally – Celine visits the library where Julie works – until Julie finds Celine sitting on the steps outside the door of her flat, her knee bloody from a fall. She takes her in to clean the wound and from this point their lives become intricately intertwined. At the core of the film is their friendship, complex emotional (and perhaps sexual) bonds which gradually engender a shared experience of the film’s narrative world. 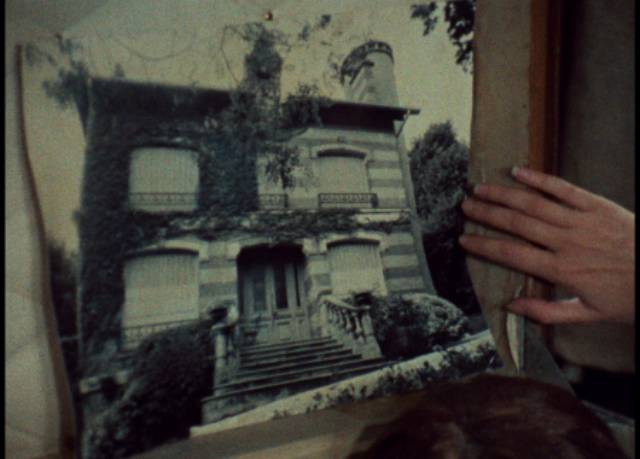 Julie has an old photograph of the house in a trunk … 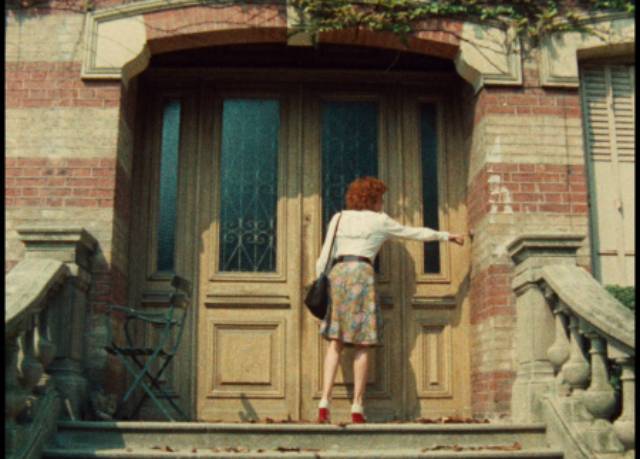 This female-centric relationship provides the top layer of the narrative; the closer the two become, the more they exclude men from their story. When Julie’s childhood sweetheart Guilou (Philippe Clevenot) arrives from the country, intending to propose, Celine intercepts the call and meets him in a park; although she’s rather unconvincingly disguised as Julie, Guilou can’t tell the difference (men, apparently, don’t really see women, only the image they themselves project) and he becomes increasingly flustered as “Julie’s” insults escalate until he angrily calls off the proposed engagement. Later, Julie reciprocates by attending an audition disguised as Celine; men have come to see the latter’s magic stage show with the idea of backing a world tour, but Julie deliberately makes a mess of things and transforms the performance into an aggressive insult to an audience which wants to pin Celine down as an exotic object of their gaze. 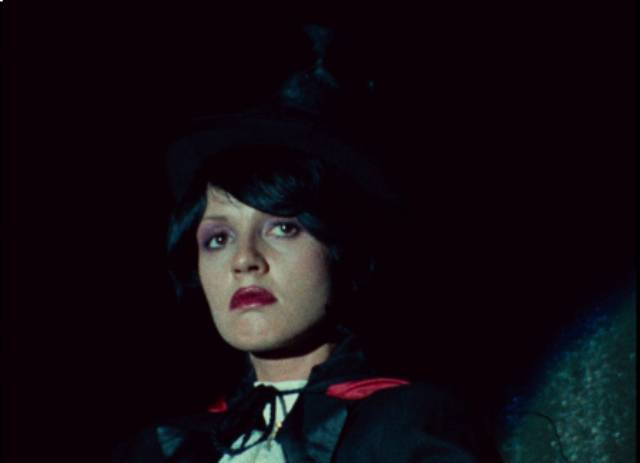 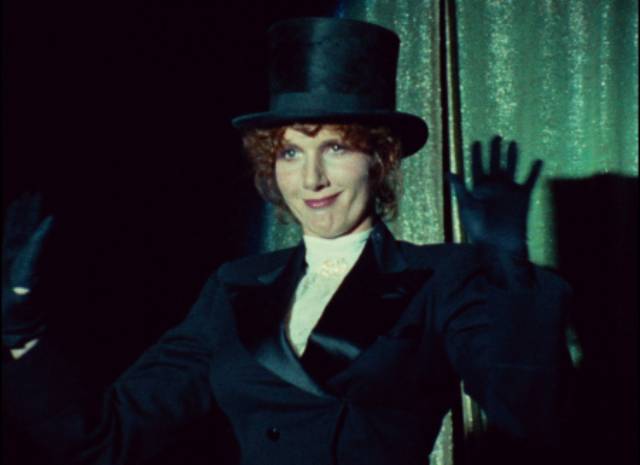 … but Julie appears in her place for an important audition

This story finds a parallel in a secondary narrative rooted in the conventions of romantic melodrama (based in part on a couple of stories by Henry James). This takes place in an old house in Paris, boarded up and seemingly abandoned long ago. Celine and Julie alternate visits to the house where they both witness and take part in a turgid story involving a romantic triangle and a sickly child. After each visit, they are ejected by the house with no memory of what they have seen – but each time they have a candy in their mouths which serves as a memory trigger. These candies are just one of the numerous literary references which run through the film; they come from a game played by Sophie (Marie-France Pisier) with the ailing Madlyn (Nathalie Asnar), whose name links the sugary memory-aid to Proust. 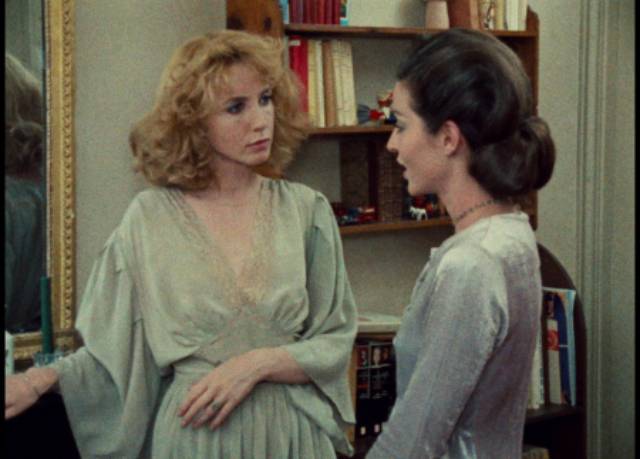 Inside the house, Madlyn is in decline while Sophie and Camille (Bulle Ogier) compete for the affection of the child’s father Olivier (director Barbet Schroeder, who produced this film), a widower who swore to his dying wife that he wouldn’t remarry so he could devote himself to their child. Within this melodrama, Celine and Julie play the part of Madlyn’s nurse, and as the day repeats itself inside the house like a play which they (and we) see in fragments which gradually coalesce into a coherent narrative they learn that one of the adults is slowly poisoning the child to remove the obstacle to a new marriage. 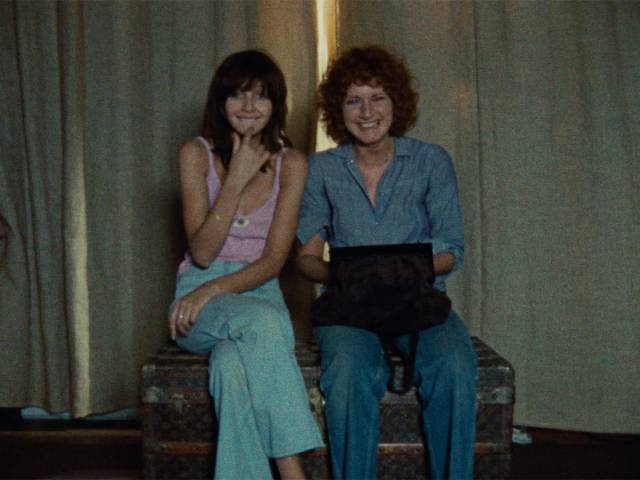 With the aid of the candies, Celine and Julie rewatch the drama from Julie’s flat, finding the trite story increasingly absurd and funny, until they decide to step out of the role of audience and take charge of the story by rescuing Madlyn before the plot succeeds in killing her. Violating the established pattern, they force their way into the house together, trying – not very successfully – to remember their lines in the scenes in which the nurse plays a part. By this time, the story, rooted in 19th Century convention, has become so moribund that the characters in the house have become pasty-faced theatrical ghosts trapped in stale repetitions. Having rescued Madlyn, and gone boating with the child, they see Olivier, Sophie and Camille drifting off down the river like souls crossing the Styx into the Underworld.

But narrative never really ends and we find ourselves once again in the park, children playing, cat stalking, and now Celine sitting on a bench reading a book about magic as Julie hurries past and drops something, too intent to hear Celine call out to her … and a new pursuit begins, leading to who knows what new adventure. 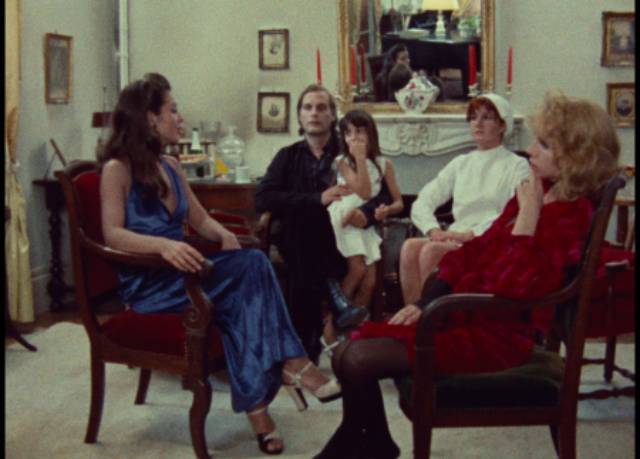 Rivette embodies the film’s different levels in stylistic variations. The “real” world of contemporary Paris is largely shot in hand-held 16mm, restless, jagged, infused with energy, while the scenes inside the house have a more conventional, formal quality, the camera usually mounted on a tripod while the action assumes the quality of filmed theatre, emphasizing the rigidity of the narrative repetitions until Celine and Julie finally disrupt the show by forcing unscripted changes. This disruption is rooted in the energy of the women’s relationship and their refusal to take the conventions of male-defined drama seriously. Despite its length, Celine and Julie Go Boating has a liberating exuberance which is enhanced by its eclectic appropriation of so many sources into an irreverent whole – James and Proust and Ibsen and Louis Feuillade all folded into a film which is its own thing, funny, erotic, idiosyncratic and inimitably entertaining. 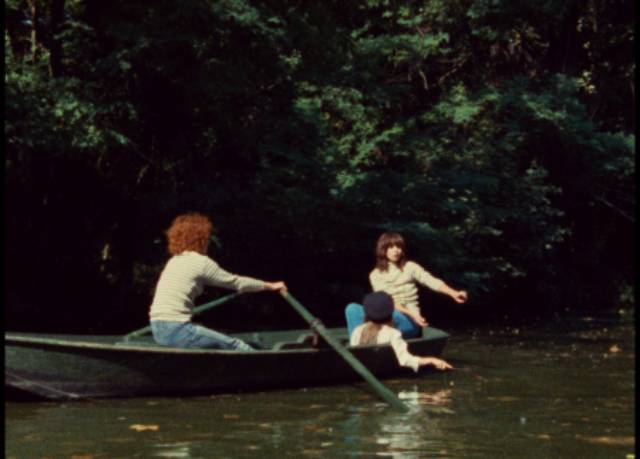 Criterion’s two-disk Blu-ray edition has the film on one disk and the extras on a second, giving as much room as possible to the 193-minute feature. 16mm has very particular qualities which benefit from hi-def; it’s a grainy format which often turned to blurry mush in standard definition transfers, but here the grain enhances the imagery, which itself is colourful and detailed. (The definition also emphasizes what might be termed technical flaws, such as several very prominent hairs in the gate in some shots, but these blemishes actually seem to add character to a film like this, a reminder of the physical properties of cinema.) The mono sound track is clean and clear.

Criterion have packed the set’s second disk with four-and-a-half hours of extras – and as if that weren’t sufficient, they include Adrian Martin’s commentary from the BFI’s 2017 edition. This track is an amazing piece of work, with Martin filling the film’s entire running time with so much information and insight that it’s almost too much to take in in a single sitting. He discusses the origins of the film, its place in the context of Rivette’s career, Rivette’s collaborative working methods, the careers of everyone involved, the literary and cinematic sources and influences, the critical response to the film both at the time of release and in subsequent decades … all delivered with unfailing energy and enthusiasm. This is what you’d always hope a commentary could be.

I confess I haven’t found the time to watch everything on the second disk, which includes new interviews with Bulle Ogier, Barbet Schroeder and film scholars Pacome Thiellement and Helene Frappat; archival French television clips from 1974; and archival interviews with Rivette, Ogier, Dominique Labourier and Marie-France Pisier from 2004.

The most substantial piece, however, is a two-part, 130-minute conversation between Rivette and critic Serge Daney, directed by Claire Denis during what appears to be a single day and night in 1990 and broadcast on Cinema de notre temps in 1994. Although Daney is occasionally irritating with his long, convoluted comments disguised as questions, Rivette responds consistently with self-effacing charm and humour, coming across as modest, thoughtful and always willing to position himself as part of a collaborative effort to explore the world through the apparatus of cinema, no more nor less important than the cast and crew he works with. Perhaps the most surprising thing we learn is that Celine and Julie was a difficult and stressful shoot, something which is nowhere apparent in the finished film.

The booklet (itself nicely designed with charming watercolour illustrations) contains an essay by critic Beatrice Loayza and a piece written by Juliet Berto at the time of the film’s release which describes the creative process which went into the production.