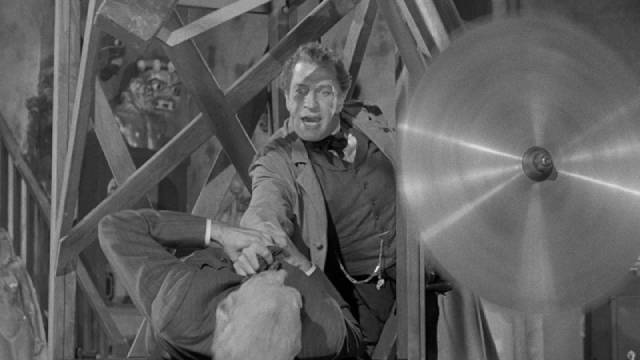 After three months under lockdown, Winnipeg is beginning to re-emerge. Manitoba has somehow largely escaped the pandemic – a handful of deaths, confirmed cases in the hundreds – so the precautions have actually been a lot harder on some people than the virus itself. Now restaurants and stores are cautiously reopening, with the hot summer weather making patios very popular. In the past couple of weeks, traffic volume has been on the rise; it’s been really nice having largely empty streets for three months, so now having to wait to cross seems like an irritating imposition.

While I certainly haven’t missed my bus commute to work, and the general quiet has been pleasant (with a concomitant increase in wildlife activity in the neighbourhood as small animals have become bolder in response to the reduced human presence), even for me the elimination of most direct human contact has been wearying. Emails and DMs aren’t a satisfying substitute for a face-to-face chat over coffee or lunch. So it felt really liberating two weekends ago to finish one of my long daily walks by sitting on my friend Steve’s front porch drinking beer and chatting for three hours.

Then last weekend, I was back at Steve’s for barbecued bratwurst and the long-delayed resumption of our movie-watching evenings. Naturally, we made it a 3D event, watching a pair of disks I’d been holding onto for such an occasion since the beginning of the lockdown. As always, it was the appeal of the gimmick more than the movies themselves that mattered, though both were definitely of interest. 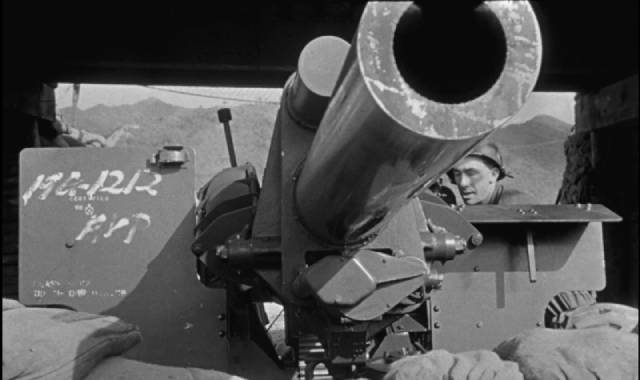 Released in November 1953, just four months after the Armistice was signed in Korea, Owen Crump’s Cease Fire is interesting for a number of reasons in addition to the fact that it was shot in 3D. What we’d now call a docudrama, it was shot on location in Korea with a cast of non-professionals – in fact, the platoon it follows on patrol was played by actual soldiers. Their acting skills are, to put it politely, rudimentary but they do manage to project some sense of authenticity. It helps that Crump’s script keeps “drama” to a minimum; there are some very minor conflicts among the men – when we learn at the start that the wife of the Korean interpreter assigned to the unit is expecting their first child, we immediately know that he won’t be making it back alive; one young soldier is considered to be a jinx by the others. 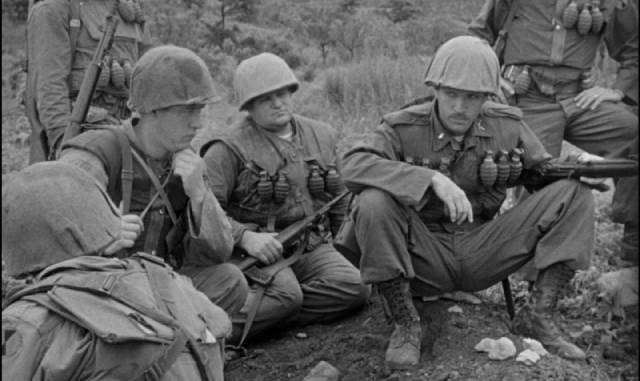 With “character” at a minimum, the movie keeps its focus on the details of the reconnaissance mission itself, a mix of tedium and tension. There’s an encounter with a pair of British soldiers, one wounded; there’s a minefield to traverse, with one careless casualty to emphasize the reality of the danger. And when the platoon reaches its objective they just have time to call in the coordinates of a large Chinese force before their radio is destroyed by machine gun fire. As artillery and air strikes take care of the Chinese, the platoon have to fight an intense engagement with enemy forces dug into the hillside. Needless to say, some of the men (including the interpreter) don’t make it back. 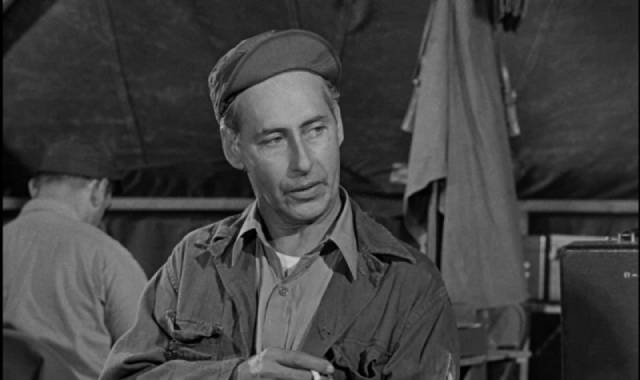 On the whole, Cease Fire plays like both a conventional platoon movie and a standard combat documentary (some of the most famous necessarily used restaged footage), but Crump and producer Hal B. Wallis try to make a larger (ironic) point by intercutting the activities of the platoon with a group of reporters waiting in Panmunjom for word that the Armistice has finally been signed. Yes, the patrol is taking place on the last day of the war … the patrol, and the battle their mission triggers, has been pointless, the lives lost a waste because they haven’t changed anything. The banter among the reporters is the most obviously scripted element of the movie, particularly the prickly exchanges between a seasoned correspondent who saw the hope of Versailles quickly betrayed, making him cynical about any agreement signed here on this day, and a younger reporter who still believes in peace and hope. No question which point of view has been validated since. 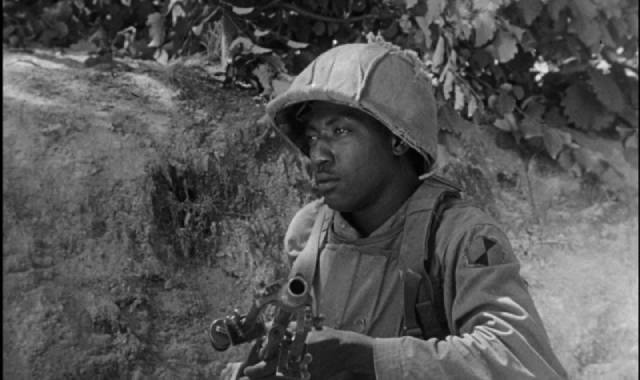 Presence of a Black GI in the platoon silently papers over the racial problems in the U.S. military in Korea

The movie has an introduction by General Mark W. Clark, commander of the U.S./U.N. forces in Korea, who assures us of the authenticity of what we’re about to see. What we do see is familiar and unexceptional, the documentary element not quite enough to compensate for the absence of conventional drama – as a platoon movie, this lacks the emotional power of, say, Lewis Milestone’s A Walk in the Sun (1945) and as an expression of the futility of sacrifice it’s no match for John Ford’s They Were Expendable (also 1945). But the generally effective 3D does add a sense of immediacy to the action and the landscape within which it occurs; it tentatively suggests that the technology may not simply be a gimmick for shocks and gags … but 3D was already fading by the time the movie was released, with CinemaScope and its imitators quickly becoming the preferred way to impress audiences. 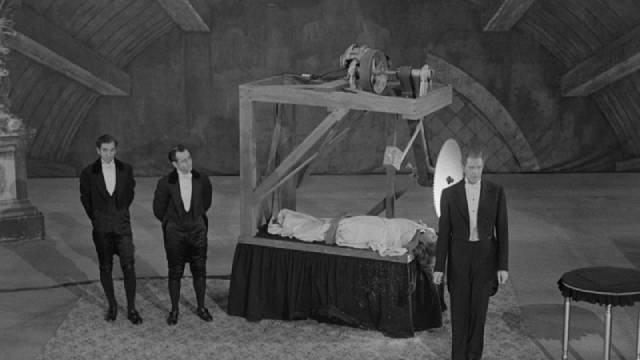 John Brahm’s The Mad Magician (1954) arrived even later in the brief flurry of 3D production and there are signs that the producing studio, Columbia, had already lost interest. With writer Crane Wilbur providing the script and Bryan Foy producing, it’s not surprising that there are echoes of the previous year’s House of Wax; but the later film was made on a much lower budget, in black-and-white rather than colour, and with no attempt to disguise everything it borrowed not just from that earlier hit, but from several other movies as well.

The first link is Vincent Price in the lead role, though rather than a forceful menace, here he plays Don Gallico, a rather pathetic downtrodden figure who almost inadvertently falls into murder to solve his problems. He’s a designer of magician’s tricks for which he’s ill-paid by his obnoxious boss, Ross Ormond (Donald Randolph). Not only does the boss exploit him for profit; the guy also stole Gallico’s wife Claire (Eva Gabor), who was more interested in money than in her first husband. When Gallico attempts to break away and put on his own magic show, he’s humiliated by Ormond showing up just before his big trick to shut down the show with an injunction – by contract, everything Gallico creates belongs to his boss, who passes it on to his equally obnoxious partner The Great Rinaldi (John Emery). 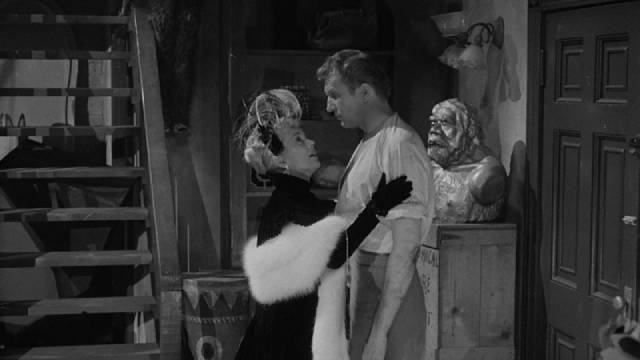 Don Gallico has conflicted feelings about Claire (Eva Gabor), the wife who dumped him for a richer man

In addition to his technical skills, Gallico’s one great advantage is his talent for disguise, making lifelike masks which allow him to assume other identities – including those of his murder victims. This conceals his crimes for a while, but inevitably things get too complicated and he comes to a gruesome end courtesy of his latest illusion.

Compared to its colourful inspiration, The Mad Magician is a bit threadbare, but nonetheless entertaining … more akin to the poverty row horrors Bela Lugosi starred in from the mid-’30s on than a well-appointed product of a major studio. As such, it seems like a slight step backwards for Price, whose horror career would really take off five years later with The Fly (1958) and his subsequent alliance with William Castle. 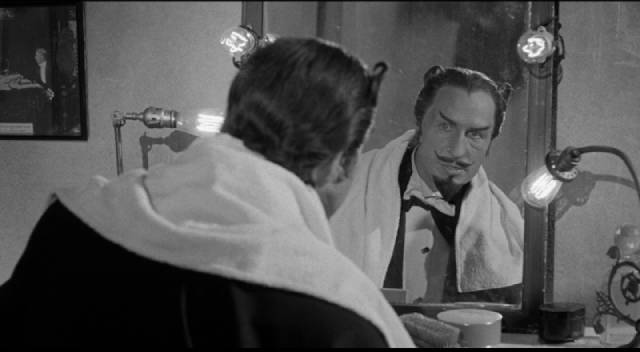 Don Gallico disguises himself as arch rival The Great Rinaldi

If it looks as if Price was just treading water with The Mad Magician, the same could also be said of director John Brahm, who here cannibalizes the masterful Gothic horrors he had made ten years earlier. Gallico’s disposal of Ormond’s body almost exactly restages the scene in which George Harvey Bone (Laird Cregar) gets rid of the evidence of his murder of Netta (Linda Darnell) in Hangover Square (1945) – almost: here, it’s more perfunctory, over too quickly to build the kind of atmosphere Brahm created in the earlier film. There are also direct echoes of Brahm’s The Lodger (1944) in Gallico’s renting a room from a middle-class couple who become suspicious of his odd behaviour. All of this gives The Mad Magician a kind of cobbled together feel. The stereoscopic photography definitely helps to enliven the goings-on, adding extra tension to the climactic sequence which involves some rather dangerous-looking fire effects. A sturdy B-movie, it signals how far the 3D technique had faded in just one year. 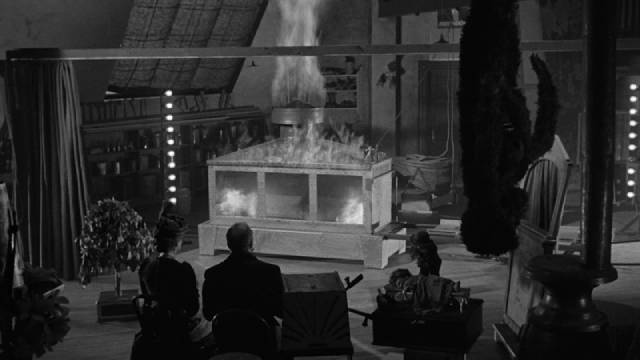 Indicator’s Blu-ray presents the movie in a 2K restoration, in both 2D and 3D. The 3D image is effective, with the typical in-your-eye gimmicks (including a direct steal from House of Wax, with a barker hitting a paddle ball directly at camera). There’s a commentary from Kevin Lyons and Jonathan Rigby; a 15-minute featurette with cinematographer Frank Passingham and archivist Tom Vincent, who give a brief history of 3D photography going back to the 1890s and mention the part English companies played in launching the ’50s craze; there are also two condensed 8mm home versions of the movie, one in anaglyphic 3D; plus a trailer. The pièce de résistance, though, are two Three Stooges shorts shot in 3D, Spooks! and Pardon My Backfire (both 1953). While not prime Stooges, they make sometimes outrageous use of the poke-in-the-eye possibilities of the format.

Actually, seeing the two Stooges shorts prompted me to resume watching my Three Stooges Ultimate Collection DVD set, which has been on hold for a couple of years because I didn’t feel like continuing after Curly’s participation was ended by a stroke in 1947. No doubt irrationally, I resented the arrival of Shemp to take his place, but picking them up again I can recognize Shemp’s own comic abilities (which may at times too obviously mimic Curly’s), so I’m now digging into the 90+ remaining shorts (having previously watched the 97 up to Curly’s final appearance as a full Stooge in Half-Wits Holiday – he turned up once more in a non-speaking cameo later that year in Hold That Lion!).