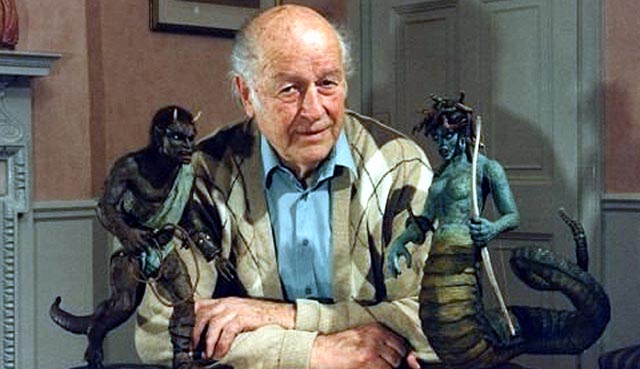 Ray Harryhausen with two of the characters from his final film, Clash of the Titans (1981)

People of a certain age will have indelible memories from childhood which, while they might not have known it at the time, they owe to Ray Harryhausen, who died Tuesday, May 7, at the age of 92. I was too young for his early sci-fi films in the ’50s, but one of my earliest movie memories is of the Cyclops from The 7th Voyage of Sinbad (1958, dir. Nathan Juran). Admittedly, for years I somehow confused that with the bronze giant Talos from Jason and the Argonauts (1963, dir. Don Chaffey) and only managed to sort them out sometime in the ’80s when I got to see both movies again on video. 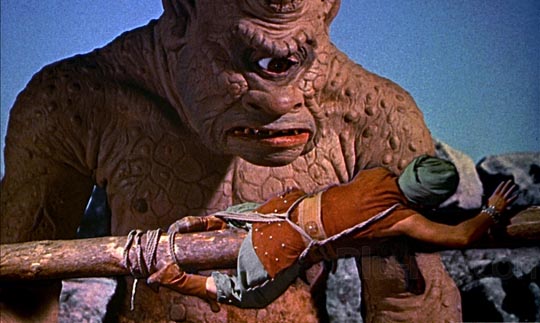 The Cyclops: Seventh Voyage of Sinbad

That confusion is indicative of something crucial about Harryhausen’s career as an animator and special effects creator: as remarkable as his work was, it was often contained within interchangeable and, all too frequently, mediocre films. Because Harryhausen was so obsessive about maintaining control of his work, he allied himself with producer Charles H. Schneer, tied to limited budgets and undistinguished directors. For Harryhausen, the movies themselves existed merely as scaffolding for his animation, and so for many of us our memories are of individual scenes, spectacular moments, rather than of the narratives which contained them. 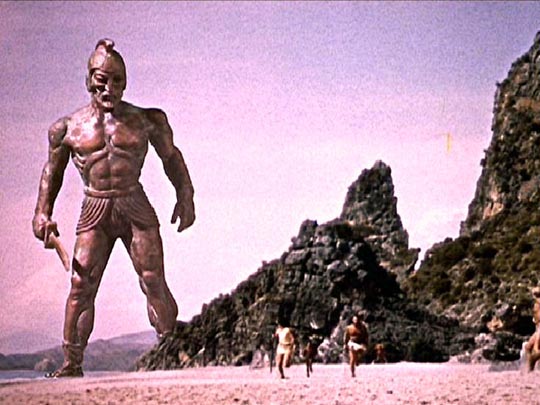 But what effects they were! Harryhausen was not only a supremely talented and innovative technician; he was an artist, imbuing his miniature creatures with uncanny life. I pity more recent generations who have grown up on computer generated effects because they seem to reject the kind of work Harryhausen did – stop motion is “jerky”, unlike the weightless fluidity of CG. But the simple fact that that motion was painstakingly created by hand, a frame at a time, is what makes it so creatively satisfying. There’s a tactile quality to these analog creations which is entirely absent from even the very best computer animation. It’s the difference between the artisanal and the industrial; what matters is not superficial slickness but the spirit he imbued into his creatures. 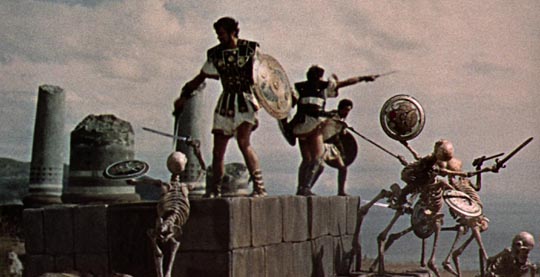 Battle with the skeletons: Jason & the Argonauts

As awkward and naive as many of the films now look, those of us who were touched by Harryhausen’s imagination at the right age will continue to revisit them to experience their magic again.