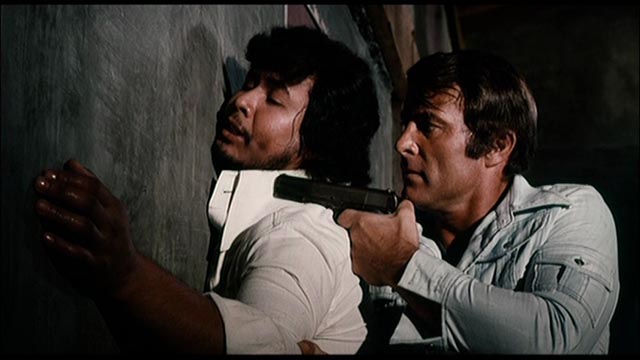 These days, the kind of movies that once were made quickly and cheaply for the drive-in circuit are given big budgets and A-list stars. It no longer seems strange that an actor of Liam Neeson’s stature is turning up in something like Taken 2, a formulaic action-revenge movie. But back in the heyday of drive-in exploitation, these movies were populated by people like Fred Williamson, Joe Don Baker and Tamara Dobson, and as often as not they were shot in the American South or the Philippines. 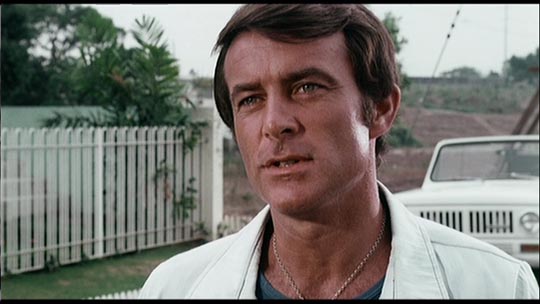 In a new double-feature disk from Inception Media Group, we get two disposable movies from the mid-’70s starring Robert Conrad, best known for his TV work on such series as The Wild Wild West (1965-69) and Baa Baa Black Sheep (1976-78). He made few features, but here – paired with the hulking Don Stroud, who makes Conrad look pretty small on screen – he turns in efficient generic performances which hold the movies together without ever raising them above their exploitation roots. 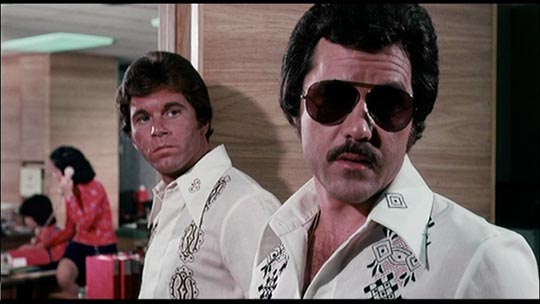 First up is Sudden Death, directed in the Philippines by Eddie Romero, best known in the West for the Blood Island series of horror films he made with producer-star John Ashley (who co-produced here and turns up in a supporting role), although just a couple of years after this potboiler he went on to write and direct the great Filipino national epic Aguila (1980). The script was often of secondary importance in this genre and Sudden Death is no exception. Things like character motivation and story logic take a back seat to the exotic locale and a series of violent encounters and occasional bits of nudity.

The movie opens with the kind of shocking scene Hollywood tends to shy away from, with a group of masked armed men gunning down an American family, including two young children, in their sunny backyard. The father, Ed Neilson, is the manager of a sugar company run by a multi-national board which includes an ex-Nazi, an Arab sheik, and various other stereotypes. It quickly turns out that the board is behind the hit because they don’t like the way Neilson favours the rights of local labour over their own profits. 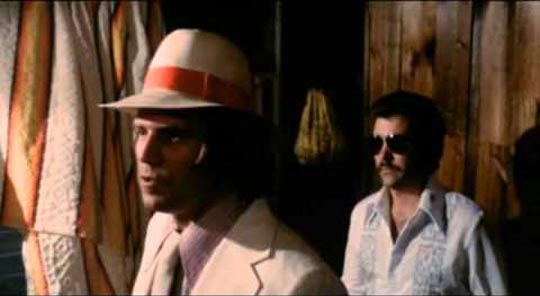 Neilson, who survived the attack partially crippled, goes to ex-CIA agent Duke Smith (Conrad) to ask his help in tracking down his family’s killers. But Smith is retired, living a comfortable life on the beach with his daughter, his girlfriend, and an old comrade from his spying days. He turns Neilson down, much to the disappointment of his daughter, but when Neilson is soon killed by a car bomb, his conscience prods him into action.

With his old CIA buddy Wyatt Spain (Felton Perry along for blaxsploitation cred), Smith starts poking around in sugar company business, eventually triggering the release of famed hitman Dominic Digaldo (Don Stroud, showing up half way through the movie), turning the story into a personal fight between the two old antagonists. Bodies pile up in squib-exploding profusion, leading to a very ’70s downbeat ending. 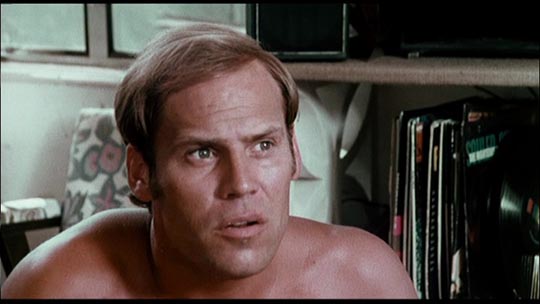 Don Stroud as Murph the Surf

Although the second feature on the disk is called Live a Little Steal a Lot on the packaging and menu, the print itself carries the original title “Murph the Surf”. It initially seems odd that Inception presents this earlier movie as the supporting feature because it had a larger budget and a more respectable pedigree than Romero’s. Based on the actual theft of a whole lot of valuable jewels (including the Star of India) from a New York museum in 1964, it was directed by TV veteran Marvin J. Chomsky, who had worked with Conrad on Wild Wild West and would, two years later, go on to direct parts of the award-winning Roots series. But after watching the movies back-to-back it’s clear that Sudden Death delivers far more of the kind of entertainment expected from this type of B-movie.

The script by E. Arthur Kean is awkwardly structured as a series of flashbacks during the robbery itself, a device which saps the heist of any potential suspense. In fact, the scenes in the museum are completely misconceived as mastermind Allan Dale Kuhn (Robert Conrad) and his sidekick Jack “Murph the Surf” Murphy (Don Stroud) spend tedious amounts of time crouched in a corner and chatting instead of getting on with the job. 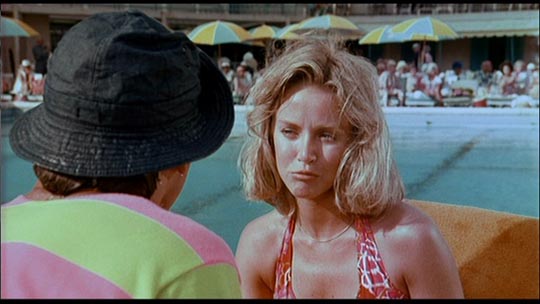 Those flashbacks cover the development of the pair’s jewel-thieving operation as they live the life of beach bums in Florida. Kuhn shows the big, goofy Murphy the ropes, while pining for his partner’s new girlfriend Ginny Eaton (Donna Mills, Clint Eastwood’s girlfriend in Play Misty For Me). The growing tension brewing in this triangle as Kuhn sees Murphy mistreating Ginny causes friction when the pair take on the job of stealing the Star of India for their regular fence Max “The Eye” (Luther Adler). Although Kuhn and Murphy remain cocky during the third act as the police and feds close in, Murphy’s treatment of Ginny finally climaxes in an irrevocable break.

Given Conrad’s top billing and a title that refers specifically to Stroud’s character, there’s an odd uncertainty about the movie’s dramatic focus. While it becomes increasingly clear that the cheerful Murphy is a sociopath, Kuhn remains opaque; we never really know why he chose this guy as his partner, nor why he sticks with him. It’s possible that the master thief is so vague because Allan Kuhn himself was a “technical adviser” on the movie and perhaps didn’t want to reveal too much. 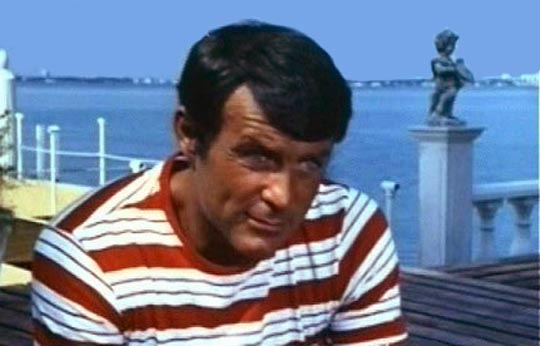 Chomsky skims over the various heist scenes in order to concentrate on the “personal” story, pumping things up only once halfway through with a jet-boat chase in Miami. It’s easy to see why this kind of unambitious movie has faded from view and why something like Sudden Death is still able to attract an audience. One offers real low-rent appeal to action fans, while the other fails as action and suspense and simply doesn’t have the necessary qualities to stand as drama.

Both transfers on the single duel-layer disk are acceptable, although occasionally the contrast is murky and there are signs of dirt throughout. The audio on Sudden Death is very rough, apparently partly due to having been recorded on location, with a lot of wind noise and abrupt shifts between angles; the sound on the more polished American film is naturally more consistent. There are no extras.