← Shameless exploitation
The good, the mediocre and the annoying →

John Saxon, who died last week at age 84, has been a conscious fixture of my cinematic experience since the early 1970s, when he co-starred in Enter the Dragon (1973) and Black Christmas (1974). I must have seen him numerous times before that on television, both in episodic series and movies – I saw Sidney Furie’s The Appaloosa (1966) on TV but have little memory of it other than Furie’s excessive use of extreme camera angles; that’s a movie ripe for revisiting, particularly now since reviews at the time said that Saxon stole it from star Marlon Brando, no mean feat[1]. After Black Christmas, it was hard not to get the impression that Saxon was the go-to guy for smalltown cops in horror movies – A Nightmare on Elm Street 1, 3 and 8, Nightmare Beach, Blood Beach…

Saxon had a distinctive screen presence, his angular features, pronounced brow and piercing eyes giving him an intensity which worked equally well to express both intense concern and menace. But although I’d seen him steadily in the three decades following Enter the Dragon, it’s only since the arrival of DVD twenty-odd years ago that I’ve been aware of a major part of his career from the early ’60s through the ’80s as a regular presence in Italian genre movies. This began with Mario Bava’s proto-giallo The Girl Who Knew Too Much (aka Evil Eye, 1963) but really took off in the ’70s with a long string of poliziotteschi in which Saxon frequently played the bad guy. 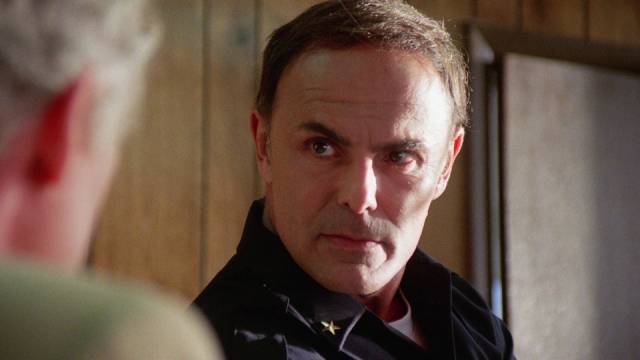 What I didn’t know until I read his obituary was that he had directed one movie, 1988’s Death House (aka Zombie Death House). I mentioned this to a friend who’s a big fan of Italian genre movies and zombie movies and was surprised to hear that he had once owned it on DVD, but hadn’t liked it so had traded it in long ago. Nonetheless, I tracked down a copy on the Internet and watched it. I’m sure my experience was coloured by the fact that Saxon, who both directed and played the villain, had just died, but despite being well aware of its shortcomings, I quite enjoyed it. I suspect my friend had disliked it because it was not a true zombie movie, but rather an infection movie along the lines of Umberto Lenzi’s Nightmare City (1980) – he’s a zombie purist! 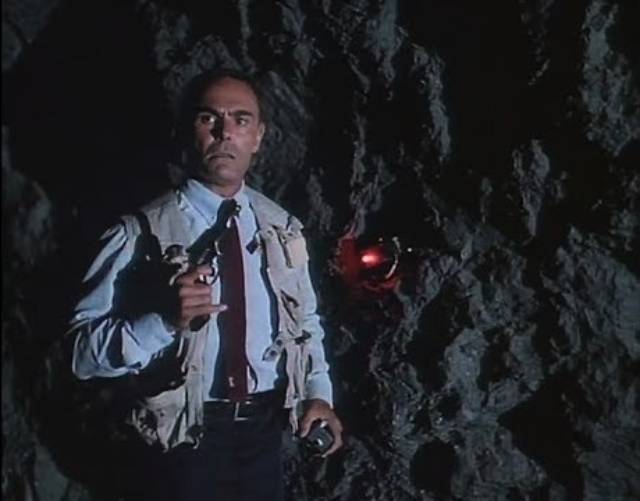 I did think he would have liked it more if it had been made in Italy (by, say, Bruno Mattei) and poorly dubbed, because it’s very obvious that Saxon had learned a great deal from the Italian directors he’d worked with. There’s an odd mix of genres – it begins as a crime movie about a Vietnam vet (Dennis Cole) who takes a job as chauffeur for a shady character (Anthony Franciosa) and unwisely gets into an affair with the crime boss’ girlfriend. When the boss kills his girlfriend and frames the vet, he’s convicted and sent to death row. He goes through the usual abuse meted out to new prisoners and is introduced to the crime boss’ brother (Michael Pataki), who intends to make his life miserable until he’s executed. But then about twenty minutes in the movie abruptly shifts gear… 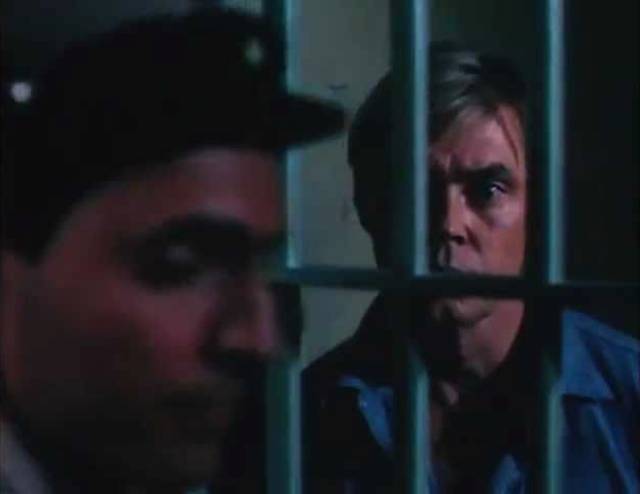 The warden and the prison doctor are in league with a rogue government agent who wants to develop a virus which will turn men into unstoppable super soldiers. Needless to say, the agent is played by Saxon himself. When a new, untested strain is introduced, it unleashes violent horror in the prison – although it invests the infected with super strength, it also causes their bodies to rot, with flesh peeling off in bloody chunks. Our hero manages to escape from his cell and frees the other prisoners, making demands that they’re allowed out because the disease is spreading. But our villain, determined to contain the outbreak and cover up his illegal medical experiments, locks down the prison and eventually sends in a commando team to rig it with explosives.

The vet, along with a few other uninfected people (including the warden’s two children), tries to find a way out, having to fight the crime boss, who has been tricked into the prison by the villain, and his infected brother along the way. 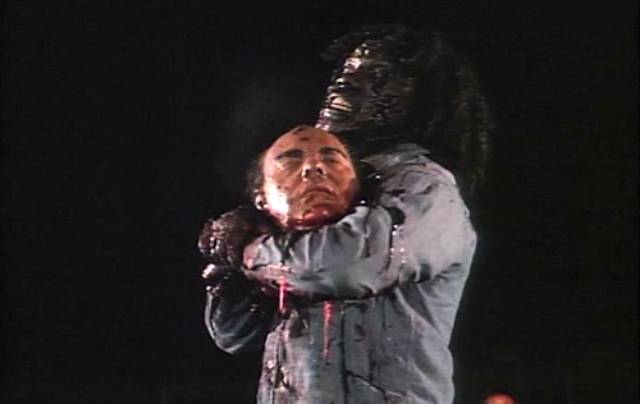 An infected prisoner shows his strength in Death House (1988)

Death House is as generic as it gets, and Saxon was no stylist behind the camera, but much of the cast is pretty good – that is, better than the script might deserve – and in keeping with its obvious inspirations, there’s some gratuitous nudity, though the gross-out effects are perhaps more restrained than they need to be. The copy I found has a clean, sharp transfer, though it’s in the 1.33:1 aspect ratio – but that may be how it was intended because it looks as if it was shot for the home video market.

John Saxon was a working actor who, despite his strong screen presence, was never a star. IMDb lists almost two hundred roles over sixty years as a supporting player in some bigger features and a lead in smaller genre films. He seems to have gotten more respect from the Italian industry than he did back home in the States, so perhaps it’s fitting that the one time he had an opportunity to direct he chose to pay tribute to the Italian genre filmmakers with whom he had done so much work.

_______________________________________________________________
(1.) After writing this, I did watch The Appaloosa again – for the first time in fifty-odd years – and it turns out to be a really good movie, almost a companion piece to Marlon Brando’s One-Eyed Jacks. Although it’s true that Furie’s visual style is quite extreme – he uses a lot of frame-filling close-ups and shoots much of the action through looming foreground objects, giving it a claustrophobic atmosphere only occasionally broken by wide-open spaces, all beautifully shot by Russell Metty – I realized that my memory of irritation was due to the fact that I originally saw it pan-and-scanned on a black-and-white TV which must have rendered a lot of the imagery incomprehensible. Seen it its proper widescreen (2.35:1) aspect ratio and vivid colour (the transfer on Kino Lorber’s Blu-ray is gorgeous), the often stifling framing works thematically with the narrative about two men trapped by their own egos and anger into a senseless, inevitably fatal conflict. Saxon is every bit the equal of Brando in their scenes together. (return)