DVD of the week: War of the Arrows 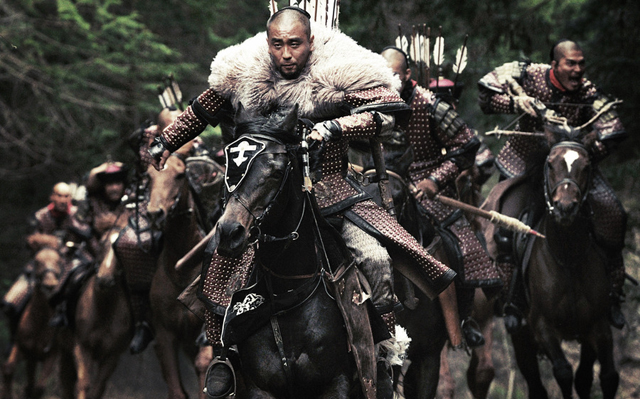 In 17th Century Korea, two young children, a brother and sister, see their father killed and barely escape with their own lives. They seek shelter with the family of one of their father’s friends and grow up as outcasts, their father called a traitor.

The boy, Nam-Yi (Park Hae-Il), grows up embittered, developing the skills of a great archer as well as those of a drunken brawler, while his sister Ja-In (Moon Chae-Won) wants to belong to normal society. She agrees to marry the son of their guardian, Seo Goon (Kim Moo-Yeol), although his mother remains somewhat hostile to the two exiles. 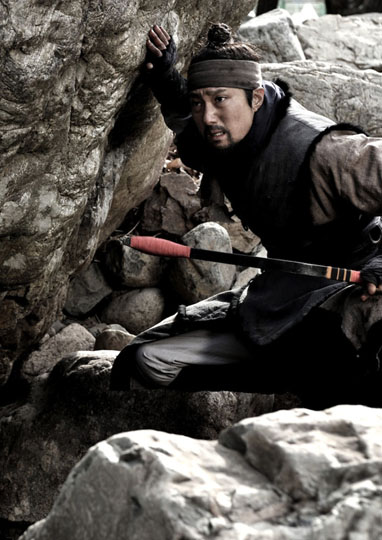 On the wedding day, Nam-Yi rides away from the ceremony, only to be drawn back when he sees a raiding party of Qing soldiers from Manchuria heading for the village. Under Prince Dorgon (Park Ki-Woong) and his general Jyu Shin-Ta (Ryu Seung-Ryong), the invaders massacre many of the villagers and take the rest, including the young bride and groom, prisoner; they begin a long trek to the north, making for the border.

Nam-Yi and two companions set off to track their enemies and wage a war of attrition as they try to rescue the prisoners.

Apart from occasional large-scale fantasies like The Lord of the Rings, Conan and the like, Hollywood has pretty much abandoned the kind of epic filmmaking that the studios used to be proud of. This is not so much because the audience for such films has disappeared as it is that western filmmakers have lost the ability to take romantic epics seriously. Heroes today need to be cynical, there are no just causes left to fight for … gone are knights in armour and questing Norsemen.

But Asian cinema has been more than willing to fill the niche, and in the past decade or so a number of international successes have come out of the East, films like Zhang Yimou’s Hero (2002) and House of the Flying Daggers (2004). With thousands of years of complex history to draw on and a rich tradition of romance and martial arts, these films offer the kind of narrative pleasures that in the West are now generally relegated to fantasy. Not that fantasy is absent from many of these Asian movies; new technologies have made it possible to push traditional tropes far beyond earlier limits and it’s a rare martial arts film which doesn’t see its characters flying as much as they wield their swords. 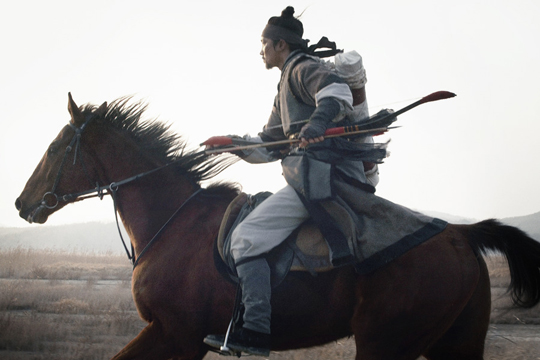 Recent films like Tsui Hark’s Detective Dee and the Mystery of the Phantom Flame (2010) and Yuen Woo Ping’s True Legend (2010) have overt magical elements woven into their stories, and even John Woo’s magnificent historical epic Red Cliff (2008-09) relies extensively on CGI to create its sense of epic scale. But the new Korean film War of the Arrows (2011) dials back the visual effects and focuses on a story rooted in 17th Century history, in the process conjuring up some of the most gripping and visceral action to come along in recent years.

Director Kim Han-Min starts things in the middle of a tense action sequence. We don’t know who any of the characters are yet, but the fact that armed men are chasing a young boy and girl with vicious dogs, obviously with the intention of killing them, rouses the audience’s emotions from the film’s first moments. Nam-Yi, almost paralyzed by fear, is trying to protect his little sister Ja-In, but he’s too young and inexperienced. The sudden intervention of their father, the great archer General Choi, enables them to escape from their pursuers. From their hiding place, they see their father overwhelmed and killed. Traumatized, they make their way to a remote village where, not entirely welcome, they are raised in secrecy. 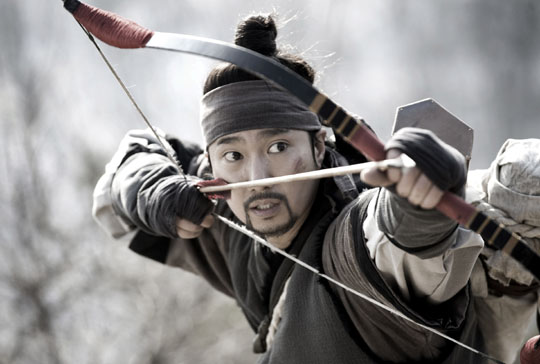 We never learn all the details of the backstory, but what can be pieced together is that King Gwanghaegun has submitted to the Qing rulers of Manchuria and that General Choi and his family were ordered executed for “treason” because he opposed foreign rule.

After the raid by Prince Dorgon’s men, the entire film is a running fight between Nam-Yi and the Qing forces under the command of the effete prince who spends his spare time raping the female prisoners. Nam-Yi, like his father, is an expert archer. At first, the Qing commanders can’t believe that he can be much of a threat, but gradually contempt gives way to fear, and finally – after the prince is killed – a desperate fight for survival.

Kim handles the relentless pace and stages the action with great skill; once the story gets going, it never loses its grip on the audience. Characters are well-drawn, with shadings of complexity on both sides, which helps to maintain our emotional engagement. Kim’s use of landscape, his attention to the physical details of the chase, the mechanics of archery, give the film a visceral impact which differs from the dance-like action common to many martial arts films. There’s a brutal sense of realism to the action here, which falters only once, in the film’s one CGI sequence involving an unconvincing tiger attack. But that scene paradoxically serves to reinforce the sense of realism that marks the rest of the action. 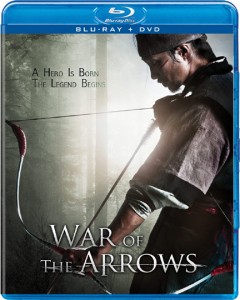 There has been some criticism that Kim Han-Min, who both wrote and directed, has merely come up with an uncredited remake of Mel Gibson’s Apocalypto (2006). There are similarities, certainly, but Kim’s film is firmly rooted in Korean history. What matters is not so much the surface similarities to Gibson’s film, but the rich attention to the specific details of this particular story, these characters, and this place and time. As an epic of action filmmaking, War of the Arrows satisfies on all levels.

A week of DVDs