A climactic moment during the battle at Arrakeen, representing a series of bomb strikes outside the city wall as the Harkonnens crush Atreides resistance, involved an army of extras running among a series of explosions.  The charges were placed in canisters set into the rocky ground, designed to shoot their naphtha fireballs straight up and away from the extras running between them. Anatol and I stood on a rock outcrop at the end of the set and both received singed eyebrows and a touch of instant sunburn at the end of the sequence, from the nearest explosion which was located just below us. Thanks to the auto-wind on my Nikon, I managed to photograph almost all of the explosions in the few seconds that the “attack” lasted. 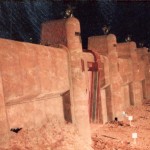 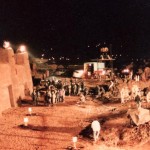 The extras prepare for their obstacle course 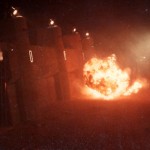 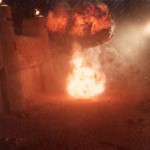 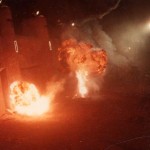 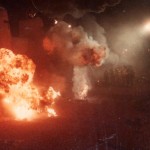 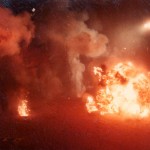 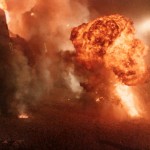 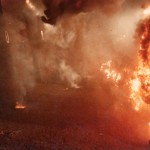 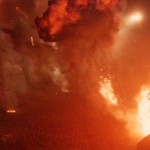 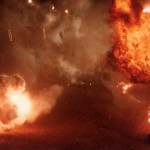 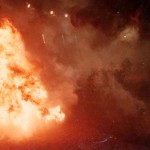 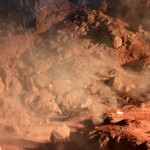 Aftermath of the battle 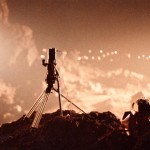