← Who are we to laugh at the past?
Perverse Families & Dysfunctional Kids → 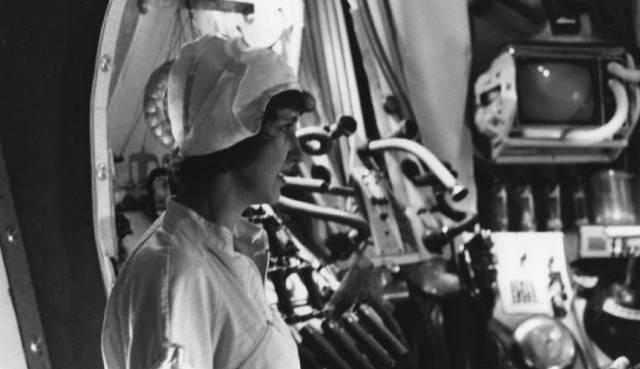 It was twenty-seven years ago this week that we shot principal photography on my short film The Adventures of Stella Starr of the Galaxy Rangers in the 23rd Century, Chapter 7: Falling Starr!, a seventeen-minute pastiche of old-time Saturday matinee movie serials. We shot for ten days straight in the cramped third-floor studio of the Winnipeg Film Group (where I was working at the time) during a Spring heat wave. The set – the interior of Stella Starr’s spaceship – filled the studio with barely a couple of feet on each side to squeeze in and out. 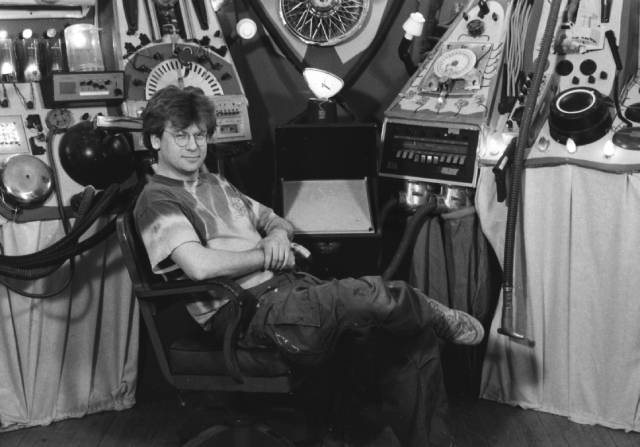 I loved that set, designed and built by my friend Gord Wilding, who went on to a long and successful career as a production designer. It was full of interesting little details – a load of vacuum cleaner parts rescued from a dumpster, old Star Wars models, and items scrounged from the Film Group. In fact, the latter were largely the inspiration for the movie: an old ’50s military office chair which had been in Cinematheque programmer Dave Barber’s office for as long as I’d known him; an old microfilm reader which served as the ship’s navigation control; and two huge 35mm projector lamp housings which had been stored behind the Cinematheque screen … those became the ship’s Twin Negatron Drives. 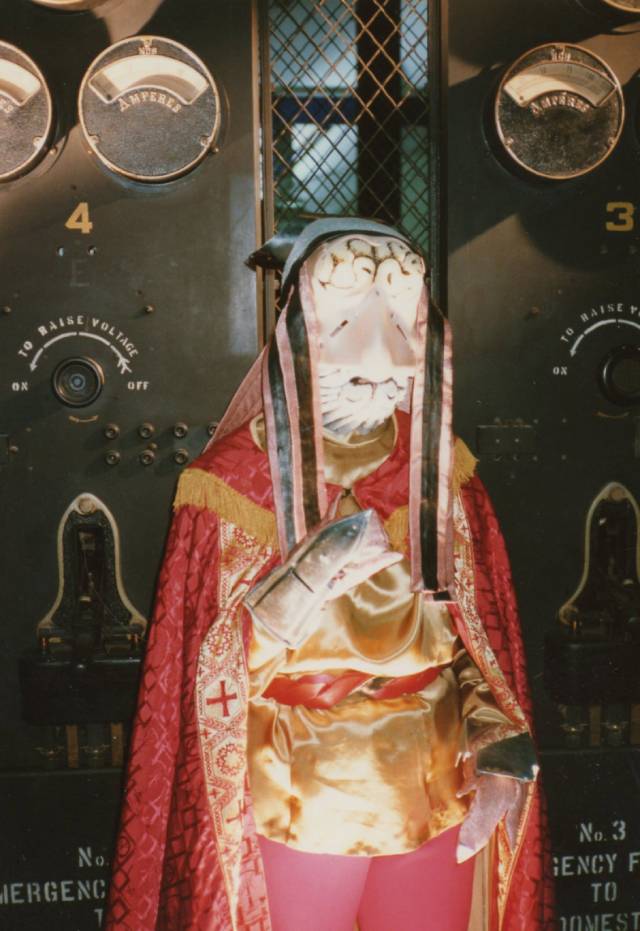 With an inadequate grant from the Manitoba Arts Council (I was able to go back and get a second grant to finish the film when I had a rough cut to show) and the help of friends and co-workers, all of whom went way beyond what I could reasonably expect given how small the honoraria I was handing out were, I managed to get most of what I had wanted from the shoot while going only mildly insane in the process. It was pretty brutal; years later camera assistant Jeff Erbach (for whom I would eventually edit several shorts and a feature) told me he had finally called in sick one day because he couldn’t take it!

Beset by guilt for what I was demanding of the crew, I’d be busy between set-ups making sandwiches and snacks for lunch, running around like a madman, afraid to delegate only partly because I feared losing control … the rest was because I didn’t want to be asking people to do more than they already were. 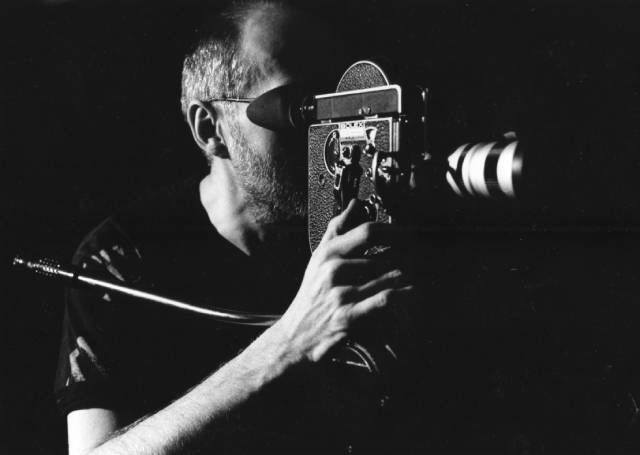 At this distance I’m really not sure I can say it was fun – I have only fragmentary memories because I was so exhausted during that week-and-a-half. What I enjoyed most was the editing that came afterwards and the long-drawn-out process of shooting the miniatures and various effects, devising techniques which were no doubt very old already, but which were new to me. Although we shot the main part of the movie in May, I can remember finishing the last shot – a bit of stop-motion for the space battle – at 6:00 PM on New Year’s Eve seven months later.

Even now, after almost three decades, I feel grateful for all the work everyone else put in to get it done. I still owe them all a lot, though I managed to make it up to them just a little when I sold the film to Canal+ some years later and was able to split my share of the sale (after the distributor’s cut) with all the key personnel. It only amounted to a few hundred bucks each, but it was an expression of my appreciation for what they had done for me. 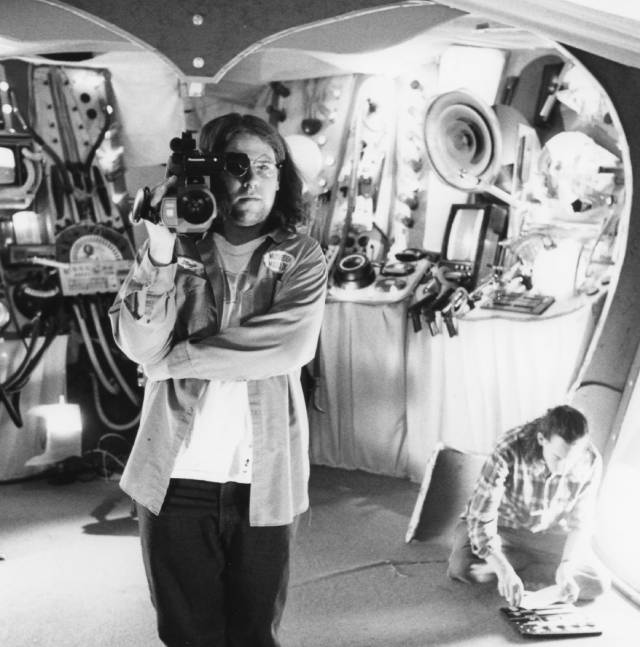 Matthew Etches shooting his making-of on the spaceship set

If I can ever scrape together a bit of money, I’d like to try to get a hi-def transfer made from the negative and magnetic sound mix – though I don’t know what kind of shape the elements are in now. For the moment, all I have is a rather poor-quality standard-def video from way back … which I just uploaded to Vimeo along with a twelve-minute “making of” put together by Matt Etches, who was an intern at the Film Group at the time and stuck around to watch what we were doing, camcorder in hand. I’m really grateful that he did because it gives me a chance to see the cast and crew seeming to have a good time despite all the craziness.