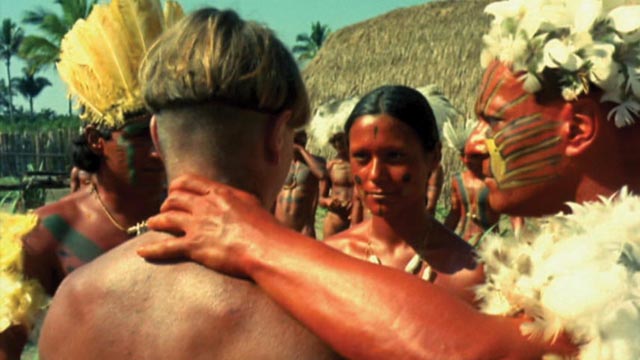 The Frenchman, his temporary wife and the tribal chief in Nelson Pereira dos Santos’ How Tasty Was My Little Frenchman (1971)

I have to confess that my experience of Brazilian cinema is slight and spotty. The first Brazilian film I can recall seeing was Carlos Diegues’ Bye Bye Brazil (1980), a comic survey of contemporary Brazil, inflected with magical realism, as seen from a traveling carnival. The next year it was Hector Babenco’s Pixote (1981), a grim and powerful slice of social realism about the brutal lives of street kids in Sao Paulo. Then there was Walter Salles’ Central Station (1998), another journey film, but with a light and charming humanistic tone. And then, later, on disk there were the demented movies of José Mojica Marins aka Zé do Caixão (aka Coffin Joe), who dredged dark nightmares (inflected with wicked humour) from the Catholic subconscious of the country.

But I’m embarrassed to say that I know almost nothing of Cinema Novo, the Brazilian movement which roughly paralleled the nouvelle vague from the late 1950s to the early ’70s, with filmmakers tackling Brazilian history and politics in reaction to an industry which had previously dealt mostly in the distractions of light entertainment. I don’t think I’ve seen anything by Glauber Rocha, who was something like the godfather of the movement. 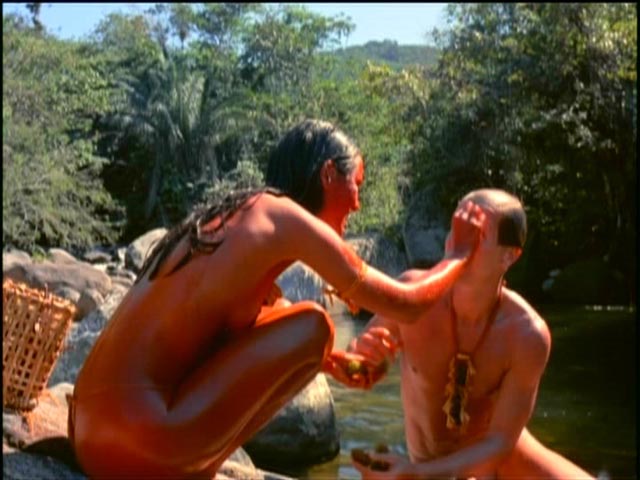 Genuine affection develops between the Frenchman and his temporary wife

But just over a decade ago, I read a review of a new DVD release which sounded interesting. Coming from New Yorker Films, it was a film first released towards the end of Cinema Novo, a remarkable feature by a director named Nelson Pereira dos Santos called How Tasty Was My Little Frenchman (1971). Set in the late 16th Century when French and Portuguese adventurers and traders were looking for ways to exploit what would eventually become Brazil, it recounts the adventures of a Frenchman who has been taken prisoner by a band of Portuguese, who in turn are attacked and captured by members of an indigenous tribe. At the time various tribes had allied themselves to the different European invaders and the Frenchman attempts to convince his captors that he isn’t Portuguese, but rather one of their friends. Language gets in the way, though, and he is told that he’ll be living among them for eight months and then eaten.

For the duration of his captivity he is given a wife and works among the Indians, introducing some productive agricultural techniques. When a French trader arrives, he hopes to finally convince the tribe that he is indeed French himself, but the man sees him as a valuable asset for stripping the tribe of its wealth and to keep him in place he tells the chief that the Frenchman is definitely Portuguese. Time passes; he lives a relatively happy existence; but eventually he does try to escape, stopped by his “wife” with an arrow in the leg. She likes him and is looking forward to the time when she will be get eat a choice portion. By the end of the eight months, he has accepted his fate and submits to the tribe, a foreigner now completely consumed in a ceremony which represents the assimilation of the European into the indigenous culture. 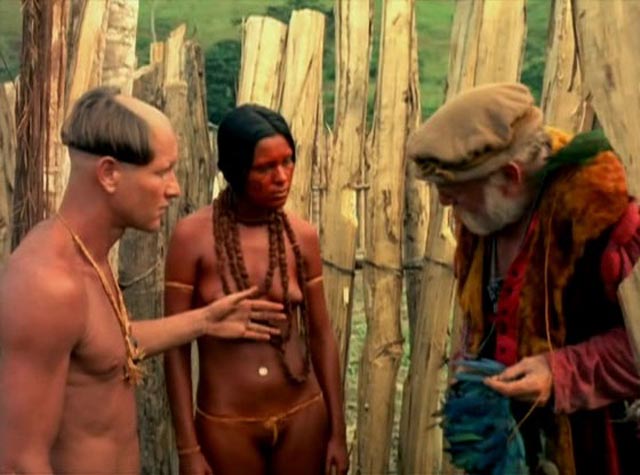 But while this seems to indicate a triumph of the native population over the invader, a final title card quickly fills in the historical detail that soon the first governor of Brazil would oversee the complete massacre of the tribe.

Shot with an attention to ethnographic detail, How Tasty at times seems like a documentary (much of it is hand-held); its depiction of unselfconscious nudity throughout evokes a kind of primal innocence despite the fact that the various tribes are continuously fighting (and occasionally eating) each other. While from a European perspective, their practices are “uncivilized”, they are shaped by honour and respect – while the Europeans are driven by greed and malice. The film is sensuous, shot through with satirical observations about the clash of these cultures, and melancholy in its evocation of a world soon to be overrun and destroyed by the invaders’ arrogant belief in their superiority. 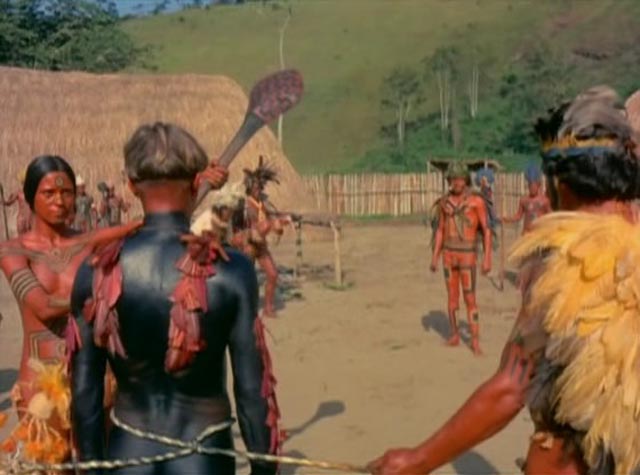 How Tasty Was My Little Frenchman makes an interesting companion piece with Werner Herzog’s masterpiece Aguirre, der Zorn Gottes (Aguirre, the Wrath of God, 1972), which elides the native population of the Amazon basin in its depiction of that same greed and arrogance. In Herzog’s version of the 16th Century European incursion, it is the land itself which defeats the invaders, its vastness and potential wealth driving the Spanish conquistadors insane. But both films combine a sense of historical authenticity with contemporary themes satirizing the clash between European power and indigenous peoples inhabiting a natural world. Herzog’s target is the innate sources of fascism, while dos Santos’ is the contrast between absorption and exploitation. In How Tasty, the Europeans want to strip the new world of its material wealth, while the indigenous peoples seek balance and harmony.

I’ve just re-watched How Tasty Was My Little Frenchman because Nelson Pereira dos Santos died on April 21. I’d be interested to see some of his other work (he made documentaries and features from 1949 to 2013) … and How Tasty is in serious need of a restoration (the out-of-print New Yorker DVD isn’t of very good quality, with a soft image and frequently unnatural colours).