It’s just a couple of weeks since I wrote here about my preference for disks rather than streaming. Now I have to confess to a (temporary) change in my habits: a friend in my building just added me to her Netflix account for a couple of weeks and I abruptly started neglecting my huge disk backlog as I spent my evenings scrolling through the Netflix listings. As I feared, I’m even more inclined to waste time on streaming junk than I’ve been to watch junk on disk (which I already do too much of). And yet, when my “trial access” ended after a couple of weeks, I felt very ambivalent, almost spurred to sign up for the service myself … an urge I let sit for a while until it quieted down. So far, I’ve managed to resist.

Mostly I watched action movies and thrillers; and mostly these movies were nothing more than barely-involving diversions. Babak Najafi’s London Has Fallen (2016) is a retread of Antoine Fuqua’s Olympus Has Fallen (2013), with the mayhem and destruction expanded to cover an entire city rather than just one building. With thousands of civilians and a large number of heads of state (including the Canadian Prime Minister) killed by terrorists, it’s a bit much to swallow that the only thing that matters is the survival of the U.S. President.

A pair of Pierce Brosnan thrillers show the former Bond aging craggily, but apparently no longer able to discern the quality of the scripts he’s offered. Roger Donaldson’s The November Man (2014) is a passable time-waster which doesn’t make much effort to get past its routine story of a former CIA agent brought out of retirement only to find that he’s being used by a former friend who’s actually a mole in the agency. John Moore’s I.T. (2016) can’t even reach the level of passably routine. Brosnan plays an obnoxious corporate executive who makes the mistake of not noticing that the new IT guy is totally psycho. That is, he only notices after allowing the guy way too much access to his personal life and he finds himself and his family targeted by a creep who possesses those unlimited movie computer skills. The exec’s response is to personally undertake a bunch of illegal actions which make him look like the villain, climaxing with a big physical fight which trashes the futuristic family home.

The best of this recent genre viewing is a slick Netflix original feature called Spectral (2016), co-written and directed by first-timer Nic Mathieu. The visual aesthetic is reminiscent of Doug Liman’s Edge of Tomorrow (2014), a bleak, trashed future with an oppressive atmosphere of what feels like perpetual war. A defence researcher who paradoxically wants only to make weapons for peace is shipped off to a war-ravaged Eastern European state where the U.S. military is facing a devastating spectral enemy – helpless against what appear to be life-sucking ghosts. Our hero gradually uncovers the truth (which involves a sophisticated bio-weapons research facility). Along for the mission is a CIA agent who naturally wants to harness this enemy weapon despite the fact that it’s so clear it’s uncontrollable and would wipe out everyone, even those who try to control it. The movie is fast-paced, visually interesting and reasonably smart.

Also slick is The National Anthem, the first episode of the BBC series Black Mirror (2011). All episodes of the series (now approaching its fourth season) are written by Charlie Brooker and involve the ways in which technology permeates our lives. Judging by this first episode, Brooker is a very talented cynic, the sourness of the tone and the unpleasantness of the content generating a kind of queasy fascination. I considered trying a few more episodes, but even for me (a life-long cynic) this was almost too much. 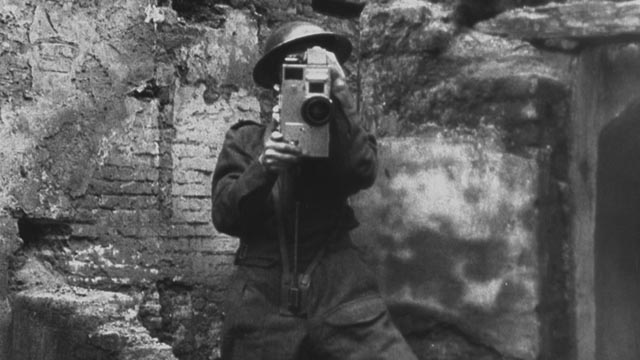 An army cameraman films horrors in Germany at the end of WW2, in Night Will Fall (2014)

On the upside, I also watched a couple of documentaries, both of which are of interest. Andre Singer’s Night Will Fall (2014) is an account of the abortive production of the first and most ambitious documentary about the Holocaust – German Concentration Camps Factual Survey – produced by Sidney Bernstein with, among other consultants, Alfred Hitchcock. This film gathered large quantities of footage shot by military cameramen in the newly liberated concentration and death camps, but the project was so ambitious and extensive (and harrowing for those working on it) that it had not been finished by the time the Allies had decided that they needed the Germans as partners against the Soviet Union and so it was scrapped (although some of the material was used in the post-war war crimes trials).

The archival footage is still hard to watch and the story of how political expediency lead to a degree of concealment of the horrors is depressing. Singer gets some moving interviews with now-elderly former cameramen who even more than six decades later can barely speak of their experiences. But he makes one stylistic choice which is infuriating: all that original footage is cropped to fit a 1.85:1 frame. Given the importance of the material, this kind of tampering seems unforgivable. (The BFI release of the recently completed and restored German Concentration Camps Factual Survey presents the material in the correct aspect ratio.)

A horror of a different kind is given more unconventional treatment by Keith Maitland in Tower (2016). This account of Charles Whitman’s shooting spree on the University of Texas Austin campus in 1966 combines archival footage and interviews with some of the people who lived through it with animation and voice actors “performing” those people to evoke an intensely personal, subjective experience of one of the first mass shootings. The sense of shocked incomprehension seems almost bizarre given how familiar these events have subsequently become. With admirable restraint Maitland makes no attempt to personalize Whitman, to explore his background and psychology. The film keeps a tight focus on the victims and witnesses and the ways in which their lives were disrupted and transformed by an unseen force which erupted without warning into their world.

Another slime mould from The Creeping Garden, enveloping an oat

On disk, I recently watched another fairly unconventional documentary. The Creeping Garden (2014) by Jasper Sharp and Tim Grabham is somewhat reminiscent of Werner Herzog’s and Errol Morris’ explorations of strange obsessions. The subject here is plasmodial slime moulds, and no I didn’t know anything about them before watching the film … in fact, I’m not sure I know anything much more about them after watching it (twice). These are bizarre organisms, neither plant nor animal, which grow in woods and grasslands all over the world. There are thousands of varieties and one of the most interesting things about them is that they are able to move, hence the title.

Perhaps not surprisingly, given the subject, the film is discursive to the point of being almost formless. The filmmakers interview a variety of people, from amateur scientists who spend their time scouring local woodlands for sightings, to an artist who uses them in her work, to scientists who incorporate them as living elements in circuits which control robots, and a musician who uses them to make music. The Creeping Garden follows these people off on a variety of tangents – including an excursion into the history of photography and cinema and the discovery of time-lapse, which enables us to see the moulds creeping about when in reality that motion is so microscopic that it’s invisible to the eye.

The people are quirky, the visuals often quite beautiful, but I do wish Sharp and Grabham had managed to work in more concrete information. They even discuss this issue in their commentary on Arrow’s Blu-ray: they made a conscious choice not to “overload” the doc with information which they felt an audience would grow weary of, instead going for a sense of the strangeness of the organisms and those who devote a chunk of their lives to studying them. Maybe it’s just me, but a bit more science would have enhanced my interest. 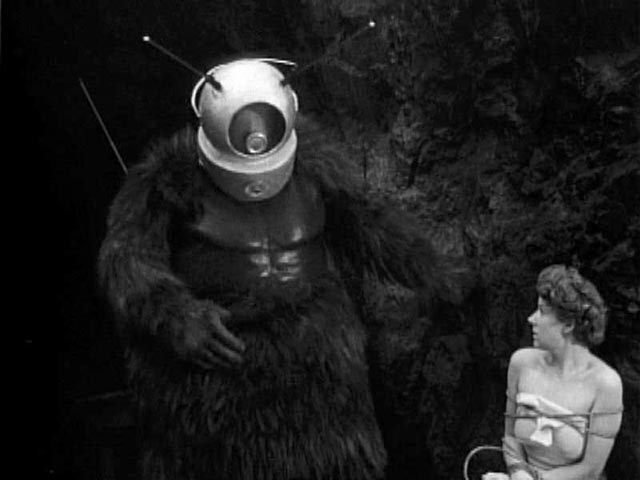 Recent reading: in addition to the two volumes of Rachel Low’s History of the British Film which I mentioned last week, I have finally been working my way through Tim Lucas’s massive Mario Bava: All the Colors of the Dark. (Amazingly, not to mention embarrassingly, it’s already nine years since I received my copy, for which I had paid in advance months before publication; in all that time, I’ve occasionally dipped into it, but its sheer size makes it physically difficult to read. Which is why I’m reading the digital version on a newly acquired Samsung tablet.) As you’d expect from a hefty 1200-page tome, it’s quite exhaustive in its survey of Bava’s career, weaving elements of biography into detailed accounts of the movies he directed as well as those he photographed and provided (often uncredited) effects for. Lucas’s passion for his subject is clear, but I need to take breaks after every two or three chapters to avoid a sense of overload. Almost halfway through, I’ve just finished the chapter on Bava’s fifth feature as solo director, the horror omnibus I tre volti della paura (Black Sabbath, 1963), in which Lucas goes into great (and interesting) detail about the differences between Bava’s version and the heavily re-cut English-language release from American-International.

I’m also more than halfway through Anders Runestad’s not quite so hefty book about the making of Phil Tucker’s Robot Monster. This is also packed with the author’s obsessive research (there are 44 pages of footnotes) and, although his prose is engagingly readable, you get the feeling that he’s not fully in control of the material as he shoots off on tangents for pages at a time (filling in genealogical details about everyone he mentions along with fragments about the history of Hollywood and its fringes), so occasionally you lose the main thread of the story. When I first heard of the book, I thought the idea was absurd, but Runestad seems to be doing a good job of establishing the personal and industry context out of which this particular famous bad movie emerged.

And finally, on a personal note, I spent the Easter weekend helping a grade five student make a short film as a class project. She wrote the script herself and her dad and I did the technical work – he built a set of puppets and I shot and edited. It was a lot of fun, and reminded me how much I enjoy a process I seldom get into any more.