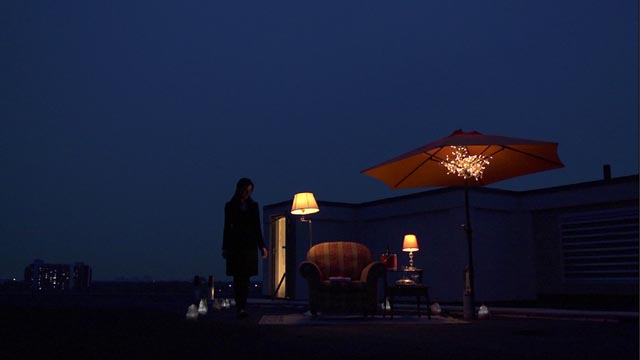 Anonymous seduction: Nicole (Michelle Giroux) is shown new ways of seeing herself and the world

There’s always a slight strangeness to watching a film made by people you know. It’s never an entirely objective experience, but there’s always a real sense of relief when you like the movie. Last week, I caught one of the premiere screenings of Sean Garrity’s Blood Pressure at the Cinematheque here in Winnipeg. I’ve known Sean for well over a decade – one of my earliest memories of him is sitting in his apartment and watching an almost-finished cut of his first feature, Inertia (2001), which he’d asked me to take a look at and give feedback on. One of the things I liked about the film was his disinterest in the Maddin-inspired wackiness that used to plague a lot of Winnipeg filmmaking, his interest in simply making a contemporary movie about ordinary people and their relationships. 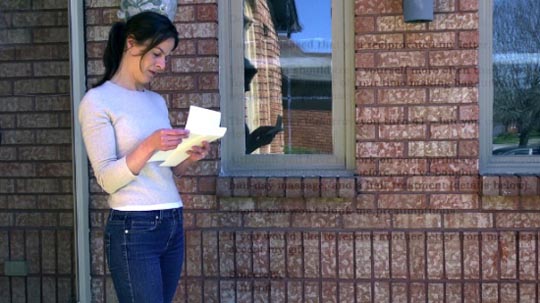 His second feature, Lucid (2005), was bigger and more ambitious, with an intriguingly apocalyptic atmosphere which was (for me at least) ultimately undone by a “twist” ending which had already been used by a lot of movies going back decades. I missed his subsequent feature, Zooey & Adam (2009), but was intrigued by his change of direction: he had turned from the mainstream techniques of Lucid towards a more improvisational style.

But this new film seemed to be a return to narrative convention, a psychological thriller set in a soulless suburb (originally meant to be Winnipeg, but ultimately shot in Toronto). The trailer looked interesting, but even more importantly from a personal perspective, it was co-written by Bill Fugler, whom I’ve known for years as the owner of the Neighbourhood Bookstore and Cafe, half a block from my apartment, a place I like to go with my laptop to work on this blog. 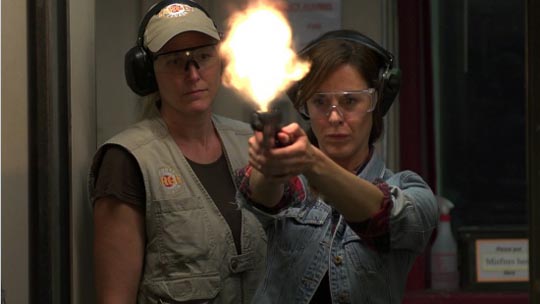 Blood Pressure is a subtle and atmospheric film, grounded by the central performance of Michelle Giroux (primarily a stage actress) as Nicole, a suburban wife and mother with a job behind the counter at a pharmacy. Nicole begins to receive anonymous letters from someone who obviously has been observing her life closely and who begins to assert an influence over her. The balance between stalking and what may be new emotional opportunities draws her deeper into this mystery, a process which begins to open up fractures in her family life – with her inattentive, stressed businessman husband Mike (Judah Katz) and her two kids, Josh (Jake Epstein) and Kat (Tatiana Maslany). The “friend” who writes to her seems far more attuned to her emotional needs, providing gifts which open her up and increase her sense of self-confidence (a day of pampering at a luxury spa, lessons at a local shooting range). 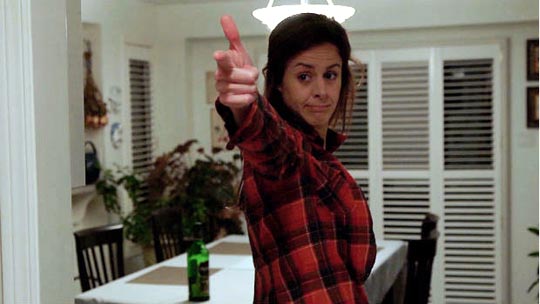 The undeniable edge of danger in this situation hints at the direction a Hollywood remake would likely take – with Nicole being groomed as an agent, even an assassin. But Sean and Bill’s story remains small and personal; it centres on the effects another person’s deep need can have on one’s sense of self, shattering the stifling constraints of habit and in a way waking one up so that life can change. At the end of the film, Nicole has finally become visible to her family as an autonomous individual. 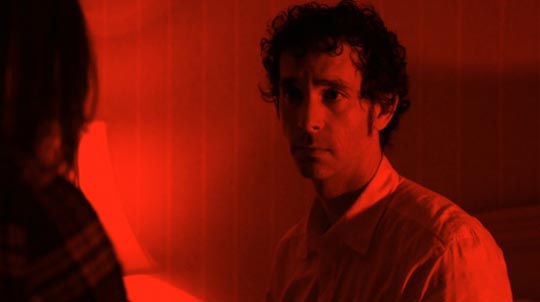 Coolly shot by Ben Lichty, Blood Pressure is a polished piece of work. So I was totally shocked during the ensuing Q&A with Sean and Bill when they told the audience that they hadn’t actually written a script, that they had worked out the story, many details of which they withheld from the actors, and then shot it all in sequence, improvised. What’s remarkable is the sharpness of the characters and the rich layering of the dialogue, all of which was created in the moment with the camera running. I’d be interested to see the four-hour rough cut to get an idea of how it took shape. This kind of process-oriented filmmaking is rare because it’s risky (Cassavetes did something similar; so does Mike Leigh – although after the lengthy improvisational development process, Leigh always writes a formal script before shooting); obviously Sean has great rapport with his actors (all the performances are excellent) and he says he finds this way of making movies exhilarating.

It’ll be interesting to see his other new movie, opening in a month or two; apparently My Awkward Sexual Adventure was made in a more conventional, script-based way.