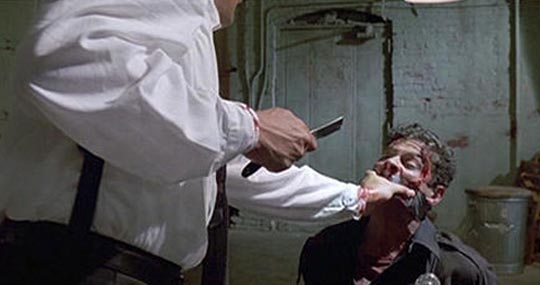 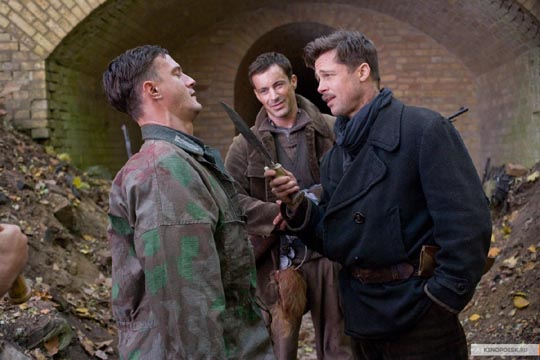 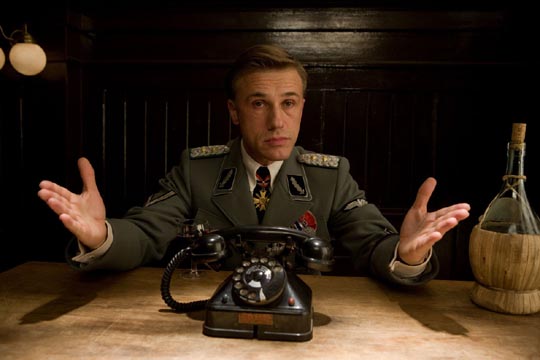 The essence of a good genre film is the balance maintained between fulfilling prior expectations and adding in new and unexpected elements; too much of the former and the work becomes formulaic, too much of the latter and viewers may lose their bearings and become frustrated. Here Tarantino has the two hunters easily find their prey at the first place they stop. The Brittles are quickly killed, eliminating that initial dramatic motor; any suggestion of plausibility vanishes as plantation-owner Don Johnson accepts the idea that a black man shooting the white brothers on his property is legal and allows Django and Schultz to ride away with the bodies.

In fact, as the movie plays out, it’s hard not to suspect that the whole reason for setting it in this time and place is Tarantino’s affection for having black actors call each other “nigger” and “motherfucker”. And once we reach Candie’s plantation and discover that the old black retainer Stephen (Samuel L. Jackson) actually runs the place, meting out punishments to disobedient slaves and manipulating Candie, who turns out to be an immature jerk who’s too stupid to realize what’s going on without Stephen pointing things out to him – it starts to seem that the institution of slavery not only rested on compliant blacks, but was actually run by them. In fact, the white establishment is generally treated as a joke, with the film’s funniest scene also proving to be one of its most troubling: Tarantino presents the Klan (here inappropriately present before the Civil War, though in reality they first formed in the wake of the South’s defeat as a reaction to the emancipation of the slaves) as a crowd of buffoons who can barely see through the holes in their hoods, rather than as the vicious terrorists they were in reality.

So not only does Tarantino structure his script to dilute the most basic level of pulp drama, he ends up with a completely muddy view of the history he’s chosen to exploit. Despite some impressive scenes and stretches of amusing dialogue, this long rambling mess may be the worst film he’s made yet. Although he has the freedom to make pretty much anything he wants, he’s forgotten how to tell a satisfying story; narrative coherence is replaced by his desire to shock with transgressive ideas which seem undigested and confused.

12 thoughts on “The Director as Sociopath …”