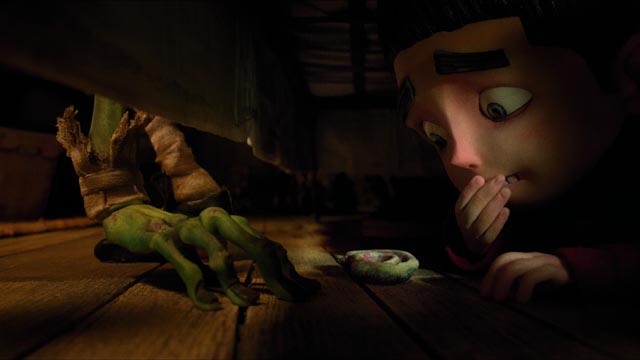 I’m not sure what I should blame it on – the enervating effects of a long hot summer, the stresses of finishing my documentary, financial worries, early onset dementia – but I’m finding it increasingly difficult to drag myself out to a movie theatre these days, and for some reason when I do go, I usually end up opting for something, well, let’s just say “unchallenging”. It’s not as if the handful of multiplexes in Winnipeg are completely devoid of independent, foreign, or adult movies, even in the middle of summer when they tend to cater to “mindless entertainment” for people who just want to “relax”. But over the past few months, though weeks go by without me going to a theatre, I seem to have confined myself to a diet of mainstream commercial movies. 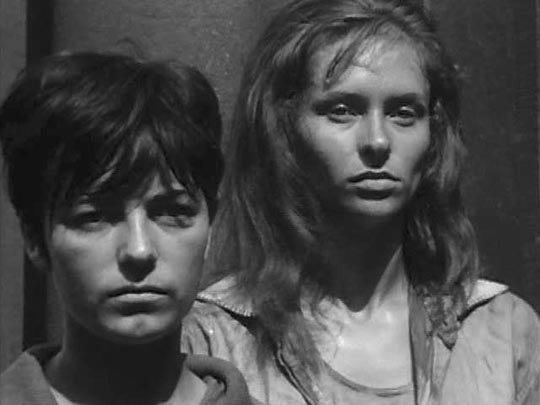 The End of August at the Hotel Ozone

One of the advantages of being obsessive is that I’ve actually kept a record of every movie I’ve seen since I first came to Winnipeg almost forty years ago. Looking back over those notes, I can see that in my first summer and fall here, I went to over a hundred movies. Admittedly, almost a quarter of those were classic (and not-so-classic) science fiction movies put on at the Planetarium (the following summer, it was horror movies) – that was the first time I saw The Day the Earth Stood Still, Jan Schmidt’s The End of August at the Hotel Ozone and David Cronenberg’s Crimes of the Future; but, still, even without counting that series, more than 70 movies in about six months.

There were horror movies, dramas, comedies, B-movies and big budget prestige films. I’d pretty much go to anything back then – of course it was cheaper, and there was no home video to keep me inside. That was the year of Altman’s Images and The Long Goodbye, Robert Mulligan’s The Friends of Eddie Coyle, Jerry Schatzberg’s Scarecrow, Don Siegel’s Charley Varrick; it was also the year I saw Chabrol’s Le Boucher and Rohmer’s Chloe In the Afternoon, Costa-Gavras’ State of Siege, George Lucas’s American Graffiti and Lindsay Anderson’s O Lucky Man! I went to some of these films more than once.

There was Woody Allen’s Sleeper, De Palma’s Sisters, Lamont Johnson’s The Last American Hero, Shaft In Africa, Enter the Dragon and The Legend of Boggy Creek; High Plains Drifter and The Heartbreak Kid, Paper Moon and Theatre of Blood; Millhouse, A White Comedy and The Day of the Jackal; Oklahoma Crude, The Hireling and Walking Tall. And on and on … the quantity and variety were quite remarkable, and I don’t think we get that range of choice any more.

But given the reduced options available today, I still have to wonder why I now limit my choices to the kinds of thriller, action, and horror movies I tend to see these days. Perhaps the explanation isn’t too complicated though; given the ambiance of the average multiplex, loud distraction is the best defence against nacho-munching, cell-phone using audiences. Better to catch subtler movies on disk at home.

So what did I see this summer?

After the disaster of Prometheus, I avoided some of the season’s bigger releases – couldn’t bring myself to go to The Avengers; although I’m a huge fan of Joss Whedon’s work, it looked as if his quirky brand of personal storytelling would be buried by the corporate requirements of such a huge franchise vehicle. 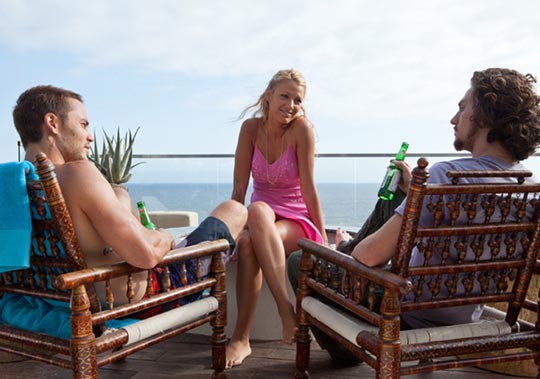 So there was Savages, even though I’m not an Oliver Stone fan (seems to me he’s made only one really good film, Nixon, and I’ve always suspected that someone else must have directed it because alone of all his movies it exhibits a genuine empathy for its subject, a man who on every level Stone must despise). Savages is pure xenophobic pulp, a story of impossibly attractive American drug dealers whose philosophy is closer to social work than crime, who find themselves having to face and outwit viciously uncivilized Mexican drug dealers. By the time it reaches its double ending – the first a cathartically bloody shootout, the second a more prosaic and “plausible” resolution which deflates the heroic tone of the film that precedes it – it was hard to have any interest one way or the other. 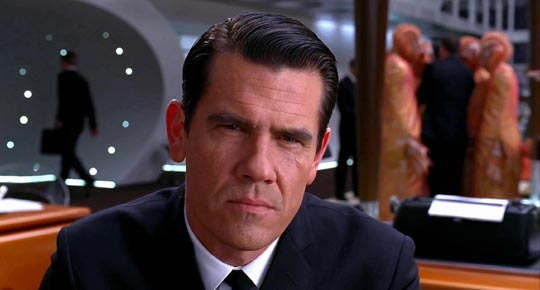 I confess that I enjoyed Barry Sonnenfeld’s Men In Black 3, although after all these years it did have a distinct air of unambitious deja vu. As a fan of the first two MIB movies, I was willing to cut it some slack, and appreciated the effort that was made to shape the story so that it tied neatly back into the first film for a satisfying conclusion.

Which is definitely more than I can say for Christopher Nolan’s mind- and butt-numbing The Dark Knight Rises. Nolan shows a degree of narrative and stylistic dexterity in his “smaller” movies (Memento and The Prestige in particular), but there’s a stifling air of pompous seriousness to his big-budget epics – the Batman trilogy and Inception – which suck any sense of fun out of the proceedings. He wants to make sure we know that he’s making some kind of big statement, that these movies are “about something” (though as a friend of mine points out, if you have something important to say, you shouldn’t put it in a superhero movie).

Batman Begins was a pretty good large-scale action movie, but The Dark Knight was a narrative mess only partially redeemed by Heath Ledger’s demented Joker. The Dark Knight Rises lacks even that saving grace with its expressionless, faceless villain Bane (who turns out in the end not to be the villain after all). But worst of all is the self-serious attempt to make some kind of statement which ends up being so garbled that the movie is utterly incoherent. Starting from a point which seems to be rooted in the Occupy movement with its critique of obscene inequality, it ends up revealing that the protesting lower classes are a bunch of mindless drones being manipulated by forces who really don’t give a shit about their situation. Turns out that the rich really are the smart people in this society.

Even worse on a narrative level is the interminable mid-section in which Bruce Wayne gives up his powers as he plunges into a deep depression of self-doubt (seemingly a requirement of all superheroes, which my friend tells me is the dreary legacy of Stan Lee); we’re subjected to an endless self-pitying wallow in some distant dungeon during which virtually nothing happens while we wait for Wayne to realize that he really ought to get off his ass and go back to save Gotham.

But surely the biggest sign that Dark Knight Rises is an empty sack of inflated pretension is the fact that Nolan actually resorts to an imperiled busload of orphans at the climax, one of the cheesiest devices available from the tradition of 19th Century penny dreadfuls. 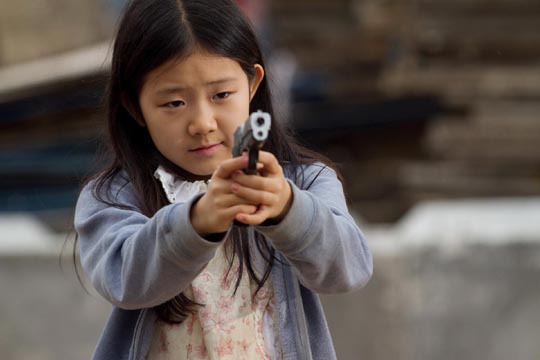 Less ambitious but just as unmemorable was Boaz Yakin’s Safe. Although I have a sneaking admiration for lunk-headed Jason Statham, I honestly can’t remember anything about the story other than that it had something to do with a young Chinese girl whose photographic memory is exploited by criminals involved in some kind of big deal, and Statham reluctantly finds himself trying to protect her. 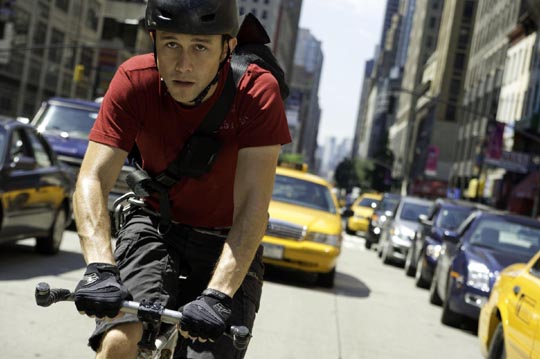 Oddly, a young Chinese child also provides the MacGuffin for David Koepp’s equally unmemorable Premium Rush, a movie which makes riding a bike through Manhattan traffic more exciting than its plot involving a psychotic cop trying to get hold of an envelope being delivered by Joseph Gordon Levitt. 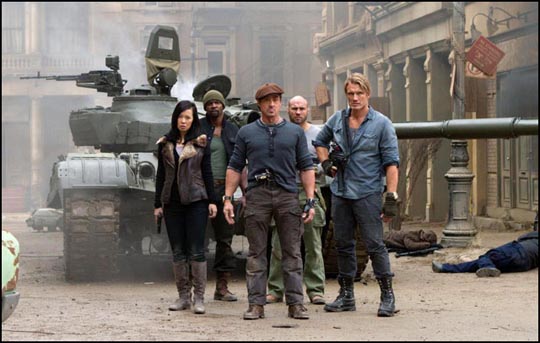 It came as a relief to see Sylvester Stallone and every other ageing action star of the past several decades (including Statham again) going through their paces in Simon West’s Expendables 2, a more entertaining effort than the Stallone-directed original. Pure pulp nonsense in which Stallone’s crew of mercenaries inadvertently find themselves the only thing between a brutal Russian syndicate and billions of dollars worth of plutonium, the film offers non-stop well-staged action sequences punctuated with self-aware cracks about the stars’ age-battered bodies. Jean-Claude Van Damme makes for an excellent villain, although Chuck Norris comes as a disappointment; apparently the victim of too much surgical adjustment, he seems the most light-weight member of the cast (although maybe there’s another reason for his odd lack of presence). For a popcorn movie, the violence is disturbingly graphic (more like the last Rambo than, say, Die Hard), but Expendables 2, unlike Dark Knight Rises, is a movie completely aware of its place and its purpose. 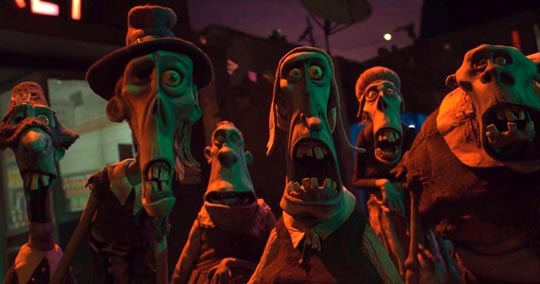 Probably the most enjoyable movie I’ve seen this summer is ParaNorman by Chris Butler and Sam Fell. The script could have used more invention, but the design and stop-motion animation are pure pleasure. The story of a “different” boy who not only saves his town but comes to be accepted and respected by everyone who previously mocked him offers some fairly conventional uplift, but for a kids’ movie, it has some strikingly dark shades and plays with death in quite sophisticated ways – actually, at the screening I attended, some younger kids were genuinely frightened and could be heard crying in the dark … not something you come across often in children’s entertainment these days.