When I started writing this blog last year, I did it on the advice of the friend who had helped me set up my website. The primary purpose of the website was essentially to provide an on-line resume of my editing work, while also offering a resting place for the work I had done years ago connected with David Lynch. But once it was up, it would inevitably just sit there unless I also added an active element, something which would offer occasional new content that hopefully would continue to attract visitors.

When I started this blog, I wasn’t sure what I would be writing, what form it would take. It seemed logical that it would focus on movies because they related back to the initial function of the site as a whole – and of course movies are one of my primary interests, and have been since childhood. I had a lot of spare time last year because the editing work here in Winnipeg had dried up and I was avoiding the necessity of getting a “real job” while hoping that new projects would materialize. So this blog offered the possibility of instilling a bit of self-discipline into my copious spare time. It was a way of keeping my brain in tune, you might say.

Now, after forty-seven posts in six months, I have a full time job (unfortunately only temporary) and less time and energy to devote to writing. So I find myself asking once again: what is the purpose of this blog? I get a fairly steady number of hits every week, not a lot, but enough to indicate that there are people out there taking an interest in what I have to say. But I’m still not sure just what it is that I am trying to say. 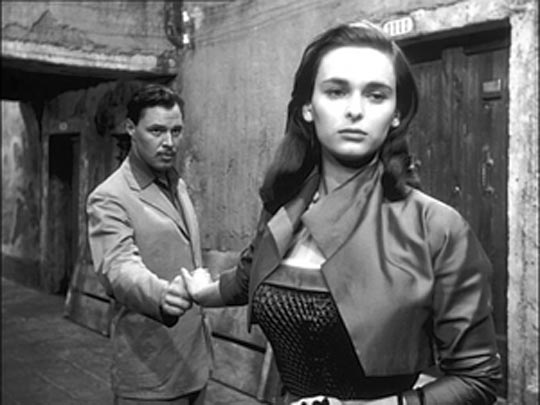 I watch a lot of movies, mostly on DVD now that going out to a theatre is not what it used to be. When I started this blog, I had a vague idea that it would help focus my viewing, that talking about what I watched would keep me alert. But as science has well established, the act of observing inevitably influences the thing being observed; in this case, I’ve become aware of a kind of pressure to watch certain things in order to manipulate the impression I convey in my writing of who I am and what my interests are, while at the same time I’ve become more conscious of some major changes in my viewing patterns in recent years.

I think the biggest change arises directly out of the shift from going to see movies in theatres to watching them at home, most often alone, on a not-very-large television screen. This unshared viewing somehow diminishes the experience and seems to make it more difficult to watch more challenging films – as much as I love the work of Tarkovsky, Mizoguchi, Naruse, Dreyer, De Sica, et al., I find it more difficult now to concentrate on their films while slouched in my own living room. Instead, I’ll grab something mindless and do just what I used to criticize other people for doing: vegging. I have to ask myself why I recently spent an evening watching Harpoon: Reykjavik Whale Watching Massacre (2009, Julius Kemp) rather than one of the new Masters of Cinema Antonioni disks I’d just received in the mail? 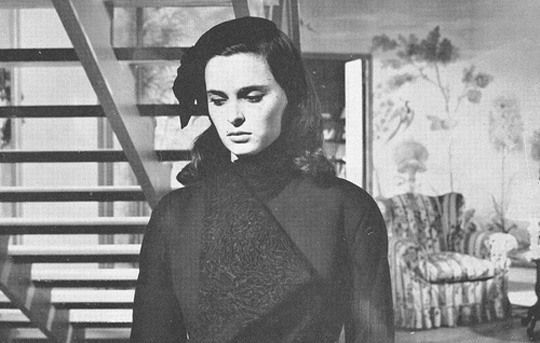 I could sit back and enjoy and/or criticize all the self-aware genre elements of the Icelandic slasher movie without really having to think. So to some degree, my movie-watching has become mere time-filling, rather than the intellectually and emotionally engaging activity that kept me interested in film for many years. Does that mean I’m gradually losing my interest? I know that I’m still capable of engaging with a film (as I did just the other day when I finally watched Antonioni’s second feature, La signora senza camelie [1953] – which like his first feature, Cronaca di un amore [1950], is a melodrama starring Lucia Bose, but here in a role which seems like a trial run for those Monica Vitti would later become famous for; in this film Antonioni is already revealing many of the stylistic and thematic elements which distinguished his great films of the ’60s). But it’s quite apparent to me now that what’s missing is the social element, the shared experience of viewing which has been the defining characteristic of film since its beginnings in the 1890s. An audience of one is really no audience at all.

And maybe that, beneath the practical consideration of keeping my website active, was the original underlying impulse behind starting the blog, a desire – even a need – to engage somehow with other viewers, to call attention to some of the more obscure or idiosyncratic movies I’ve seen. At this point, it’s still very much a one-sided conversation. But perhaps if I keep it up, despite occasional feelings of futility, I’ll start to hear echoes from the Internet ether and watching will again seem like a worthwhile activity.