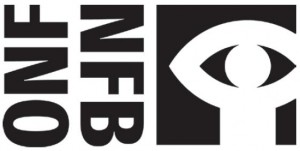 These days, whenever I see items in the news about the National Film Board, I feel a bit of sadness. It seems to have fallen quite far from its days of greatness. When I took an Editing Masterclass in Rockport, Maine, in 1997, I was pleasantly surprised at the reaction of the other students, from the States, Europe and Australia, when they learned that I had worked for the NFB – it bordered on awe, or at least reverence. For many years I was proud of my association with such a venerable institution.

That association began almost at the start of my career as a professional editor. After working on a handful of small independent shorts and a half-hour TV drama directed by Guy Maddin, I found myself at the National Film Board office in Winnipeg. Actually, I had had a tangential connection with the NFB for several years because, like every independent filmmaker in Winnipeg, I had depended on the NFB’s assistance – both financial and material – to get my own short films completed.

But in 1995, just as they were starting to use an Avid editing system, I got myself hired to be assistant editor on a documentary which had recently gone into production. Two weeks later, the editor left for another project and, rather implausibly, I found myself promoted to editor (working closely with the director and under the supervision of a more experienced editor who had previously worked for the Board).

In the decade and a half which followed, I returned to the NFB repeatedly and got to work on a number of interesting projects, though it had never been my intention to work on documentaries at all.

Even back then, it was apparent that the NFB was having some identity problems. It had originally been established by the Canadian government in 1939, based largely on the ideas of John Grierson who had previously worked for the Empire Marketing Board in Britain. Grierson had very definite ideas about the nature and purpose of documentary, a belief that film was a powerful social tool for educating and even reshaping the nation’s sense of identity. The NFB was to show Canada to Canadians in ways which would construct the country’s sense of itself.

During the Second World War, of course, this was quite explicitly a propagandist role, but one which the Board performed very well. Manny Farber even singled out the NFB’s war documentaries as exemplars of what could be accomplished with film, in contrast with what the U.S. Government was producing at the same time.

In the two decades which followed the war, the NFB was a hotbed of creative energy, producing documentaries, animation, experimental film … nurturing Canadian filmmakers in ways which the private sector was incapable of doing. Those were the days of Arthur Lipsett and Norman McLaren, Donald Brittain and Michel Brault. In time, almost inevitably, the activist underpinnings of the Board’s original mission, made explicit with the Challenge for Change project initiated in 1967, led to attacks on its supposedly left-wing agenda. In 1974 Studio D was created as an exclusively women’s production centre, producing controversial works like If You Love This Planet and Not A Love Story.

But by the time I arrived in the mid-’90s, there seemed to be less certainty about the Board’s purpose. There was pressure to make films that were more commercially successful, rather than driven by a need to speak about things that mattered. There were no longer any resident filmmakers tinkering away in the NFB studios in Montreal; now there was a huge production bureaucracy into which freelance filmmakers would be temporarily absorbed on a project by project basis. There was constant talk of making sales to television, particularly to the Canadian Broadcasting Corporation. 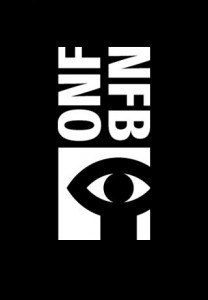 Yet here in Winnipeg, somehow we managed to continue making interesting projects during the next ten years. I edited three very different documentary features for John Paskievich and worked with a number of filmmakers just starting their careers. But things began to dry up a few years ago, funding became more restricted, filmmakers with solid track records found it increasingly difficult to get their projects programmed. And in the spring of 2010, the regional office in Winnipeg was shut down, with all staff dismissed except for the publicist. A couple of weeks ago, a new producer was hired for Winnipeg, one whose mandate is primarily Web-based content. In struggling to redefine its identity and purpose, in the past few years the NFB has been drifting away from substantial documentary projects and putting increasing emphasis on “interactive” … almost as if there’s a fatalistic desire to become a kind of government-sponsored Canadian YouTube where any- and everyone gets their couple of minutes of exposure.

One of my biggest regrets about the way things have played out here is that I didn’t get to edit a new project by John Paskievich, one which was kept in development limbo for almost three years before finally being turned down. John had done a lot of research into the Chernobyl disaster and its aftermath, much of what he learned being counter-intuitive – despite genetic damage, plant and animal life is thriving in the Zone; hundreds of people, mostly elderly villagers, have drifted back despite residency bans and eke out a living in the contaminated area …

John returned from a bleak research trip with some fascinating images and we ended up putting together two separate short promotional films to be presented to various NFB programming committees. For the record, I’ve included them here.

Promo 1 emphasizes the work of Canadian photographer David McMillan, who has returned to Chernobyl regularly over the past two decades to document the gradual changes wrought by neglect and weather on the abandoned town of Pripyat.

Promo 2 is an attempt to evoke the eerie atmosphere of the abandoned town and its surroundings.