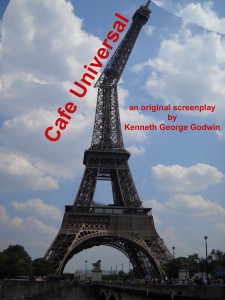 While working on David Lynch’s Dune in Mexico during the summer of 1983, Kenneth George Godwin wrote a feature film script in his spare time. “Cafe Universal” is an absurdist thriller about a naive American artist named David Linton (a role written specifically for David Lynch) who, while in Paris for a show, becomes inadvertently caught up in violent events involving a variety of obscure political factions he is unable to comprehend. Drawing from the people working on Dune, Godwin populated the script with characters conceived for many of that film’s actors – Jack Nance, Max Von Sydow, Everett McGill and others – as well as a dream cast including such greats as Sissy Spacek and Simone Signoret.

119 pages. Available as PDF from LeanPub. 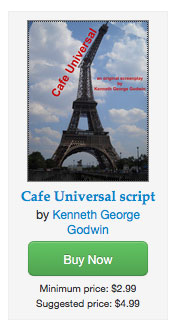