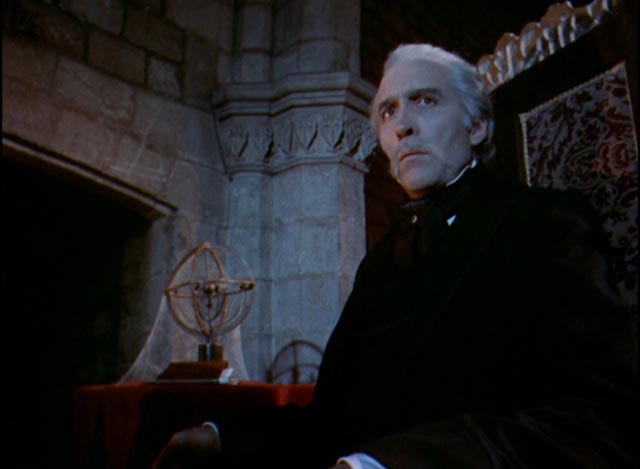 People whose opinions I generally respect seem to revere Jess Franco as a significant cinematic auteur. I’m thinking of the likes of Tim Lucas and Stephen Thrower, both of whom have written extensively about Franco and his work. This view seems to see his massive body of work as representing some kind of elaborate cinematic universe in which character names, actors, settings, plot elements and entire stories are recycled in endless variations. Does this represent creative vision, or merely Franco’s compulsion to keep filming all the time – IMDb lists more than two-hundred directing credits over five-and-a-half decades, but that doesn’t take into account the numerous variant versions of many of his movies. Some titles were reworked multiple times by Franco himself, using the same material to create straight horror and hardcore porn and other things in between. Other titles were re-cut by producers and distributors to better suit their own national markets. No one seems to have a definitive grasp on everything Franco did in his long career.

I’ve personally seen fewer than two-dozen of his movies and – no doubt a reflection of my own limitations – I prefer some of the earlier more “conventional” ones, like The Sadistic Baron von Kleist and The Awful Dr. Orloff, which are steeped in Gothic traditions and have recognizable plots. But once Franco settled on a kind of stream-of-consciousness style in which narrative became less important than fetishistic imagery and oneiric moods, his occasional attempts at more straightforward commercial projects – the Fu Manchu movies he made for producer Harry Alan Towers, for instance – are pretty dull. You can see that he wasn’t particularly interested … what he wanted to do instead was just let his own obsessions flow out onto the screen. 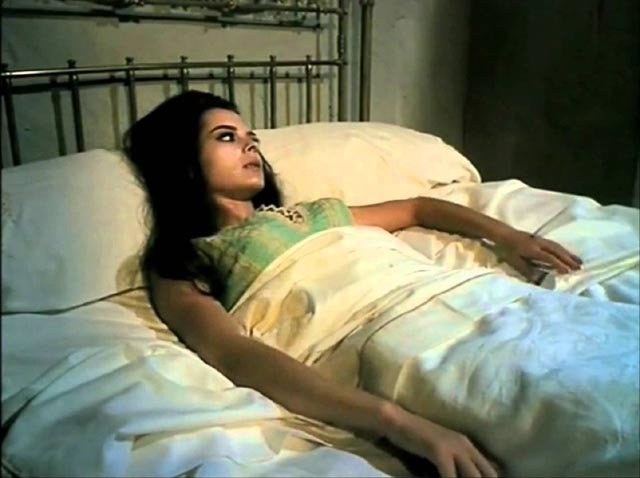 The problem with that is that other people’s obsessions are not necessarily interesting to anyone else, particularly when repeated endlessly and without some kind of formal vehicle to contain them; they can too often lose sense and become tedious. The most recent Franco “movie” (I use quotes because by no stretch of the imagination does it conform to any generally accepted standard of narrative cinema) was Lust for Frankenstein (1998), shot on video and smothered in amateurish video effects which render much of the image an incomprehensible mush. But that said, there are times (in my experience anyway) when Franco’s free-form pursuit of his sexual obsessions (often lesbianism and incest) leads to interesting dreamlike tones and atmosphere – if not narrative coherence – as in movies like Lorna the Exorcist (1974) and The Hot Nights of Linda (1975). But pursuit of those obsessions is also what leads Franco repeatedly into the realms of pornography and the mere mechanics of sexual activity.

Christopher Lee worked with Franco five times, so he must have seen something in the director that appealed to him. After four Harry Alan Towers productions, Franco lured the actor with a promise to make the most faithful adaptation of Bram Stoker’s Dracula ever put on screen. The result, shot in Spain, with some additional work in Germany and Italy, is no more faithful than any other adaptation, but it did allow Lee to speak more than he ever had as Hammer’s blood-sucking Count. He also got to start out as an aging nobleman who gets progressively younger as he sucks English blood. 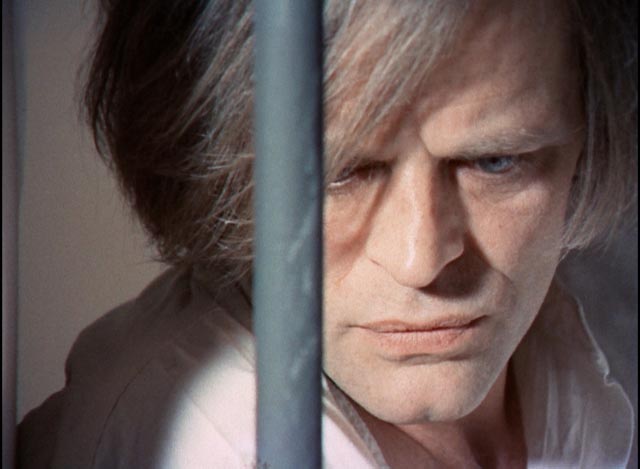 But Franco shows almost no interest in the story. Count Dracula (1970) strings together what frequently amount to suggestions of scenes, some like memories of other movies, some mere sketches which remain undeveloped. And strangely, the sexual element of vampirism is completely ignored. There are occasionally interesting visual ideas, like Klaus Kinski’s Reinfield [sic] dressed in white in a white padded cell, repeatedly curling up on the windowsill to stare out at the estate next door which has been purchased by Dracula. But no dramatic connection is made between the madman and the vampire; Franco is just interested in Kinski’s portrayal of madness and the white on white set for its own sake.

Herbert Lom’s Dr. Van Helsing inexplicably hides his knowledge of vampires and fails to act to try to save Lucy from the Count (no crucifixes, no garlic, no servants to watch over her), perhaps because Franco is more interested in her submission to Dracula’s psychic influence. Soledad Miranda certainly gives the most affecting performance in the film as the Count’s primary victim. Most of the rest of the cast is rather dull and colourless, particularly Fred Williams as Harker and Jack Taylor as Quincey. 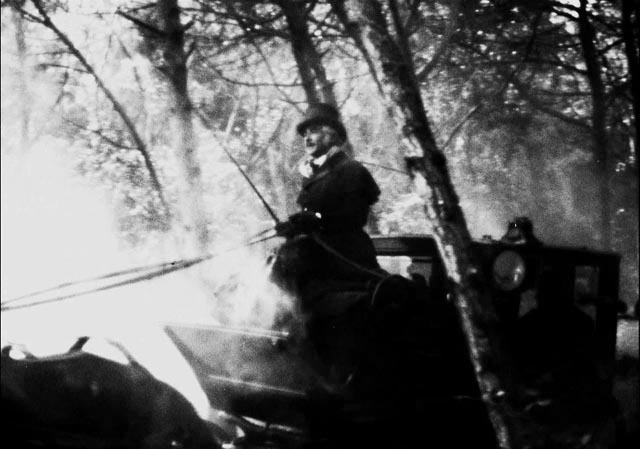 There’s no attempt to make the sets and locations look anything but Spanish and much of the movie is lit too brightly to evoke any kind of atmosphere. Franco’s movie neither faithfully represents the source novel, nor rethinks the cinematic tradition of prior adaptations. It adds little if anything to the over-familiar story.

However, Severin’s Blu-ray is of real interest because among the plentiful supplements (a commentary by lead actress Maria Rohm, interviews with Franco himself as well as actors Williams and Taylor, and a brief appreciation by filmmaker Christophe Gans) they’ve included a hi-def copy of Pere Portabella’s Cuadecuc, Vampir (1971), perhaps the strangest “making of” ever made. Rather than a behind-the-scenes account of Franco’s Count Dracula, this is a commentary on the production in the form of an alternate version. Shot on 16mm black-and-white, it presents many scenes from the movie as seen from slightly different angles, with the visual texture – high contrast, grainy, at times solarized to the point of abstraction – evoking memories of Murnau’s Nosferatu and Dreyer’s Vampyr. 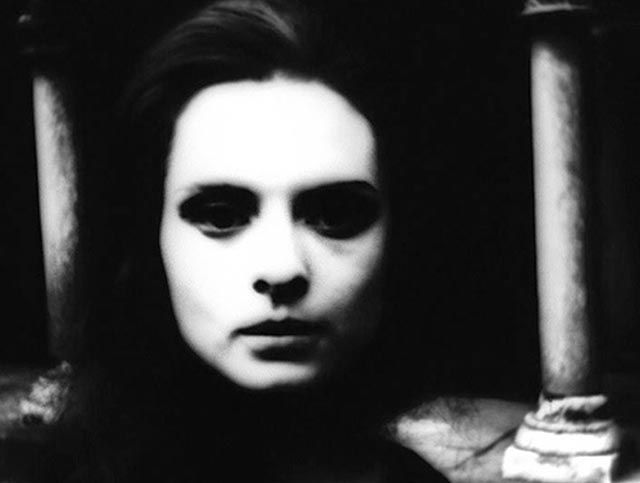 Essentially a silent film with an experimental soundtrack by Carles Santos, this is a dream of Dracula as cultural and cinematic memory which is occasionally interrupted by the foregrounding of filmmaking artifice; we get glimpses of the crew and Franco’s camera; we see a technician using a fog machine to create atmosphere in a wooded location, and another using a fan to spin artificial cobwebs over Christopher Lee in his coffin; at times the actors break role to acknowledge Portabella’s camera. Cuadecuc, Vampir is a documentary of the story Franco is telling rather than of the film he is making … or perhaps a record of the ghostly traces that story has left in our cultural memory … and it becomes a more authentic and artistically successful version of Dracula than Count Dracula itself.