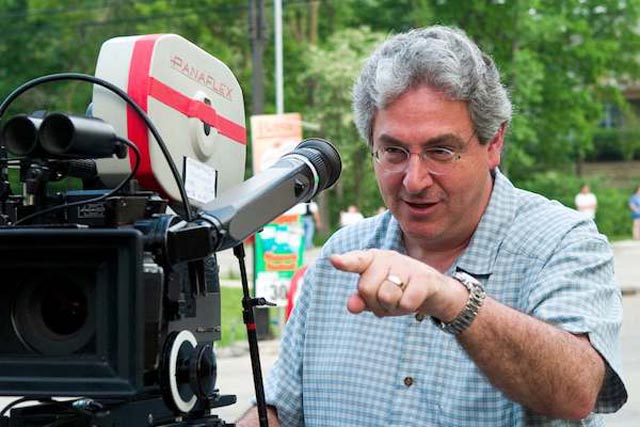 I first came across Harold Ramis, who died on Monday at age 69, when he was on SCTV back in the mid-’70s. He wasn’t as flamboyant as some of the other cast members, but his barely suppressed anxiety and anger as station manager Moe Green left a strong impression. Although he continued to act in supporting roles for the next three decades (most notably as Dr. Egon Spengler in the Ghostbusters movies), he preferred writing and directing, starting with Caddyshack in 1980, followed with varying degrees of success by movies like National Lampoon’s Vacation, Analyze This and That, Stuart Saves His Family and others, including his underrated comic-noir gem The Ice Harvest.

After hearing of his death, I spent an evening re-watching Caddyshack and Groundhog Day. The first is a ragged, frequently quite funny, sketch movie whose crudity – fart jokes, poop jokes, casual nudity – seems refreshingly innocent in light of where movie comedy went just a decade or so later with the rise of the Farrelly Brothers and Adam Sandler. The movie doesn’t have anything much in the way of style, but Ramis made good use of his SCTV experience in setting up gags with well-timed pay-offs.

Groundhog Day, made thirteen years later, is something else again. A romantic comedy with a very high concept, it actually seems to have improved over the years. Although the theme is fairly conventional – jerk learns to be less self-centred, improves as a human being, and wins the girl – the execution is packed with subtle moments, and the character of Phil the weatherman trades on Bill Murray’s screen persona and transforms it into a genuine character (the equal of his Bob Harris in Lost In Translation and Don Johnston in Broken Flowers).

What’s most notable about Ramis’s work in Groundhog Day is the way he makes it seem effortless as he runs through all the variations of individual moments played in multiple, slightly different ways, and the way he gets Murray to play those moments so that we can see the gradual evolution of his bitter, cynical character into a genuinely likeable guy even though he gets there by going through numerous manipulative transitional stages. Ramis gives the movie an authentic emotional centre which makes it, for all the richness of its comedy, a real and affecting romance.

As the movie reached its emotionally satisfying end, I found myself getting a little choked up at the loss of its likeable, seemingly modest and unassuming director.