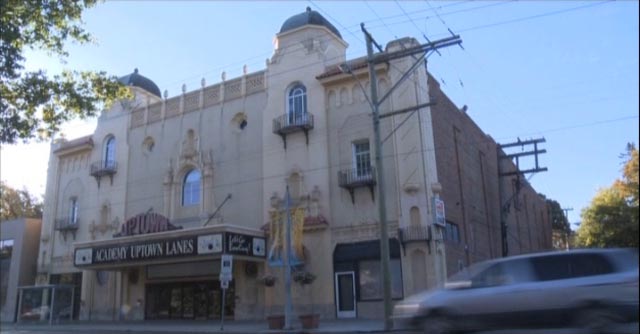 I’ve been pretty silent for a few months about my on-going, still-untitled documentary on Winnipeg movie theatres. The reason for that was a massive case of creative block which had me stumped. Faced with the material (28 interviews of various lengths, a slowly accumulating collection of archival and personal photos, a small amount of video footage gleaned from the Manitoba Archives collection of industrial, tourist and home movies), I frankly couldn’t figure out what to do with it.

This partly stems from the fact that I went into production with only a vague notion of what I wanted to do. The idea was to capture some sense of my own memories and emotions connected to going to movies in the pre-multiplex, pre-home video, pre-Internet-streaming age by mining other people’s memories. What I ended up with was a collection of people’s memories spanning from the ’30s to the ’90s, from the heyday of neighbourhood theatres and the big downtown picture palaces, to the demise of free-standing movie houses as corporations consolidated exhibition in big-box, multi-screen barns attached to suburban malls.

What I didn’t have was a single strong narrative through-line. 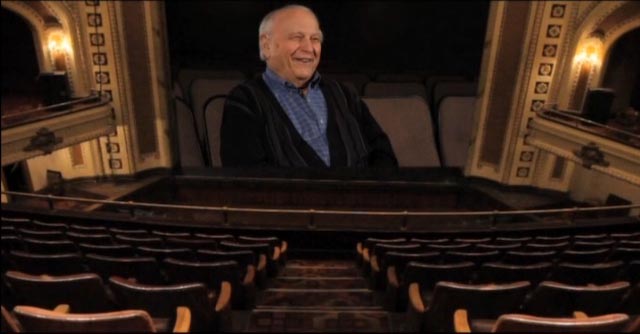 Rube Helman remembers spitting from the balcony during Saturday matinees

So for several months I was just poking at the material, making a few tentative sequences focused on particular shared themes; although I should have done it long ago, in April I finally spent a couple of weeks transcribing all the interviews. This is pretty tedious work, particularly if like me you don’t touch-type, but it also gives you an opportunity to go back through all the material in a kind of slow motion, picking out details of memory, turns of phrase which are particularly evocative, and so on.

At the end of April, I fired off an email to my funder mentioning that things were going slowly, that I was way behind schedule (originally, I had a tentative end-of-June delivery date, which I was no longer going to be able to make). Asked when I’d have a rough cut to show, I panicked and replied that it’d be ready by the end of May. Which meant that I was now committed to producing the rough cut in just four weeks after having stalled for almost five months.

Well, I guess there’s nothing like a firm deadline to light a fire under you. I began roughing out an opening sequence on Monday, April 30, and started to work through the material, initially taking a kind of chronological approach. By the end of that first week, I realized I was hitting a dead end. I was picking up a lot of threads and instead of forming some kind of coherent structure, they were pulling in too many directions and the whole thing was threatening to collapse.

So I spent the weekend trying to figure out an alternative approach. The first thing was to list the various “themes” which had emerged in the interviews – Saturday kids’ matinees was a big one; another was people whose families had owned and run theatres; there were the contests and giveaways the small theatres ran to attract patrons, as well as what it was like to work in theatres … quite a few discrete topics. So I went back through the interviews, extracting sections relating to each area and stringing them together so that I could concentrate on one thing at a time. Most of these sequences had clips from a dozen or so interviews and ran somewhere between 20 and 30 minutes. These became the basis for a series of “chapters”. 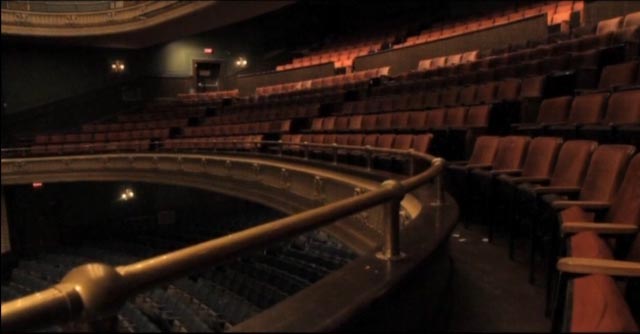 The balcony of the Odeon, now restored to its original condition as the Walker Theatre

But I still needed some way to tie them together, to link each chapter to the next, and provide a sense that the film was going somewhere. Back in the early stages, I’d anticipated having an “expert” guide providing context and links to outline the 100-year history of these now-vanished theatres. But it was becoming apparent that that strategy would be at odds with the very personal nature of the memories contained in the interviews. So I finally settled on something I’d been actively resisting, framing the material around my own memories and that original urge to explore and share the experience. Once I accepted this, things quickly began to fall into place.

So, in four weeks, I managed to put together a two-hour cut which incorporated clips from all but three of my interviews; although I was working quickly, I tried out a number of visual devices to spice up the talking heads beyond simply intercutting them with archival stills and video – in particular various ways of placing my subjects into screens within the screen.

Although it was clear to me that it was too long and that the chapter technique had generated a certain amount of repetition as topics overlapped, it became increasingly apparent that I had a lot of really good material and the editing became easier as it progressed. As I worked to piece together a concluding section on May 28, I no longer had any idea what my original problem had been, why it had been so difficult to get started … other than the fact that for the first time I was totally responsible for the project. Working on other people’s films, it’s quite easy to be ruthless, to make hard decisions about what stays and what goes. But having come up with this material myself, having dealt personally with all the interview subjects, it had been tough to establish an objective position in relation to what needed to be done. 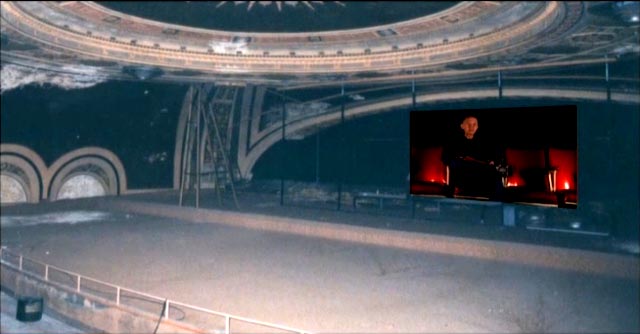 The evening after completing the rough cut, I showed it to two friends, both of whom I trusted to give me an honest response. As is always the case when showing a cut for the first time, it was pretty painful (it was also the first time I’d watched it straight through myself), even though they responded very positively – there was a lot of laughter and the film was obviously triggering their own memories; they were very actively engaged. But at about the three-quarter mark, restlessness began to manifest. I knew it was too long, but I was personally attached to everything in the cut, so seeing them start to shift in their seats, take furtive glances at their watches, hit me with a firm reality slap. It wasn’t that they didn’t like what they were seeing, it was just too much, they were burning out.

Between them they had some useful suggestions about what needed to be excised (three interviews in particular which are kind of low-energy; the chapter on drive-ins, which they saw as a diversion from the main flow of the film). But I still felt kind of depressed that they hadn’t just embraced the whole thing.

By the next day, I’d recovered and began to make notes about the next stage, cutting it down by a half-hour or so, simplifying the structure so there are fewer chapters and less repetition (even I could feel how the chapters give too much of a stop-and-start broken rhythm).

But having committed myself to that end-of-May deadline, I actually managed to hand over a copy of the rough cut to my funder on the morning of May 31. There’s still work to do, but what remains will be relatively easy compared to the stress of getting started. I still dread the inevitable moments when I’ll have to tell some of the people I interviewed that they didn’t make the cut, but hopefully everyone who contributed to the film will like it enough to forgive me.