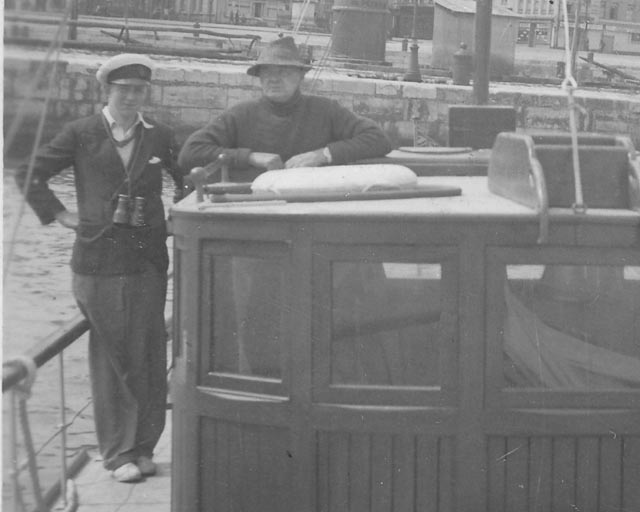 Geoffrey Godwin on board the yacht Sundowner with Charles Lightoller, Calais, 1939 (detail)

As I was about to write my review of A Night to Remember, I visited my mother and dug through boxes and albums of old photographs looking for one in particular that I remembered from my childhood. This was of Commander Charles Lightoller’s yacht Sundowner at sea. Although I didn’t find that picture, I found the ones included here instead. 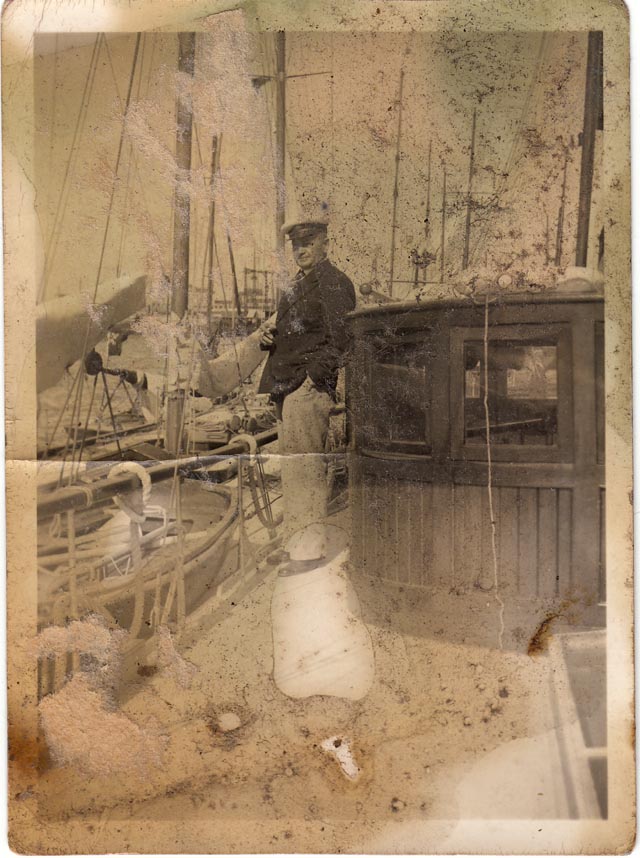 Charles Lightoller on his yacht, Sundowner (1939)

As 2nd Officer on the Titanic on her maiden voyage, Lightoller (played by Kenneth More in the film) had been in charge of the lifeboats. After the sinking, he found that his association with the Titanic was held against him by his White Star Line employers and following the First World War, he pursued other work, eventually as a “property speculator”. But he remained a sailor in his later years, eventually buying that motor yacht.

My father met him sometime in the late ’30s and sailed with him on Sundowner. The pictures here were taken on a trip to Calais in 1939 when my father would have been about 18. 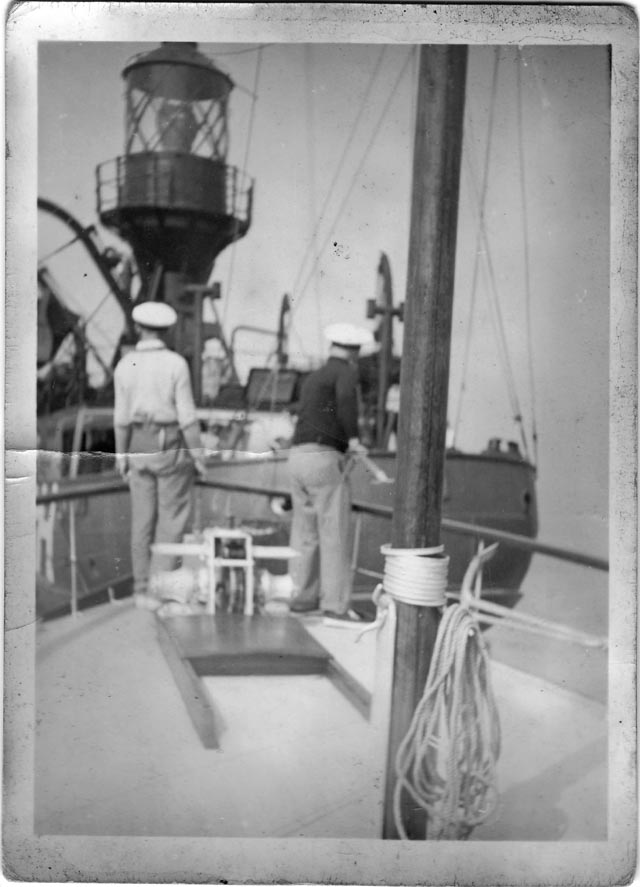 Geoffrey Godwin and Charles Lightoller on the deck of Sundowner

In May 1940, when he was 66, Lightoller and Sundowner took part in the evacuation of the British army from Dunkirk, bringing 130 soldiers back under enemy fire.

After the war, in 1946-47, my parents rented the upper part of a house in Richmond from Lightoller and were occasionally invited to dinner by him and his wife, Sylvia. The following year, having bought a houseboat, they moored it at a dock owned by Lightoller and his family at Twickenham, where Lightoller had a boat repair and rental business. My mother recalls that he was a charming, rather sweet-natured man. 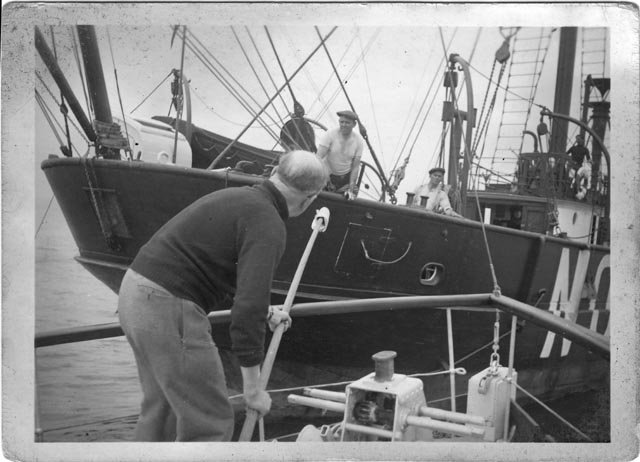 Charles Lightoller at work on deck

Lightoller died a couple of years before I was born, but I do have a memory of visiting his widow, whom we referred to as “Granny Lights”, in Twickenham in the early ’60s, when I was seven or eight. Although I can’t recall the details, my brother tells me it was a gloomy affair, we children having to sit quietly while the adults talked about sombre subjects.

Strange to think that I hadn’t given any of this much thought until I was faced with reviewing A Night to Remember … and realized that I have only a couple of degrees of separation from the sinking of the Titanic! 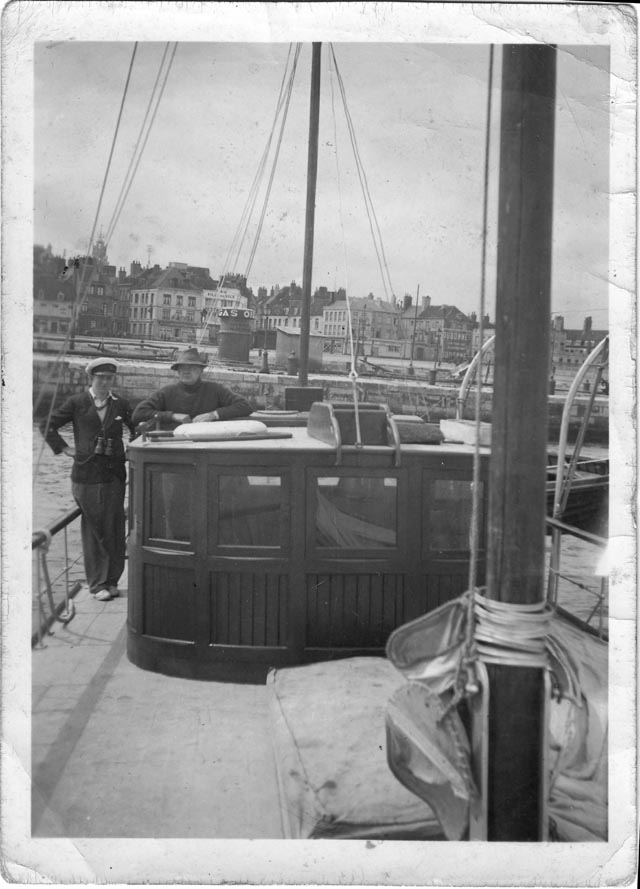 Geoffrey Godwin on board the yacht Sundowner with Charles Lightoller, Calais, 1939

7 thoughts on “Titanic: a personal footnote”