After the Harkonnen attack on Arrakeen and the defeat of the Atreides forces,  the Baron’s nephew Rabban amuses himself by throwing captured soldiers off a bridge outside the city wall. Here, Paul Smith (Rabban) rehearses for the night shoot at the Aguilas Rojas location just outside Mexico City. 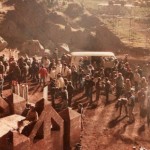 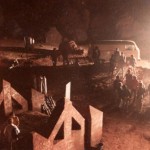 David Lynch discussing the scene with cast and crew 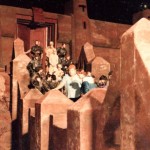 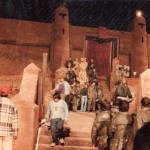 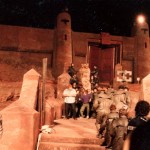 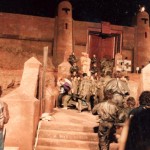 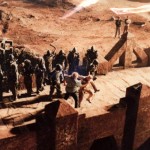 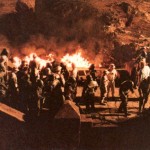 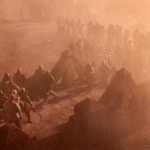