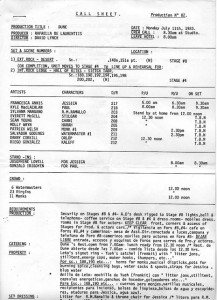 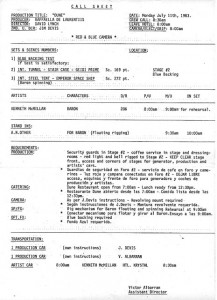 The flight to Zihua was quite an experience – an old twin-engine Convair which seemed to crawl rather than fly.  It took two hours to make the usually fifty-minute flight.  The airport at Zihua was closed – no transport.  We wound up hiring two airport maintenance pick-ups into town – like a hayride – we had seventeen squeezed into ours.  A hot, humid night, clear sky. 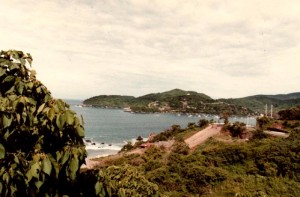 After checking in (to a filthy room) a bunch of us grabbed a cab into town – to a bar called Coconuts.  In the end, only five of us remained; myself, Gordon, John Stirber, Ros and Anne.  We wound up at a little café.

Saturday, I was on the beach with Fred and Nancy.  Anne joined us.  We wound up at the bar at the Villa del Sol. 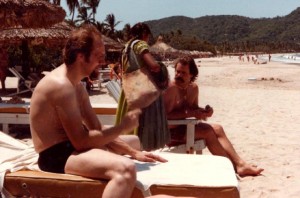 Me on the beach at Zihua, John Stirber in background

After a lot of swimming and sun, everyone went to crash later in the afternoon.  I slept ’til almost eight.  Went down the hall to Ron Downing’s room to see if he was going along to Los Tortugas, a restaurant in town.

Everyone gathered in the hotel bar, then we headed off for supper.  No cabs.  We started walking down the hill.  Somehow, a pickup was appropriated.  The others were still waiting for a table.  It was pretty crowded.  Very pleasant.  A big meal of fresh crayfish. 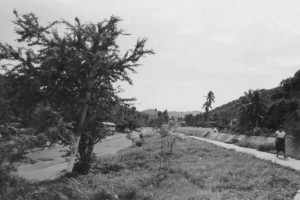 From there we walked over to Coconuts.  We headed for the disco (a tiny place, thatched, open to the sea, music not too loud).  I danced a lot with Karla – a very likeable redhead down here with the effects people (she’s an old biker’s girl, complete with tattoos), staying on long after most of the others had left.

On the plane out on Friday, a joke got started at Ian Woolf’s expense.  He was told (by Len Barnard and Mary, the accountants, backed up by Golda) that we weren’t planning to return from Zihua until Raffaella agreed to meet our terms about improving work conditions.  He swallowed it whole.  On Saturday Mary spent some time trying to convince him that it was a joke.  He wouldn’t believe it.  Seeing his job on Conan II in jeopardy, he bought a ticket and flew back to the city Saturday evening – much to everyone’s merriment when we learned of it on Sunday. 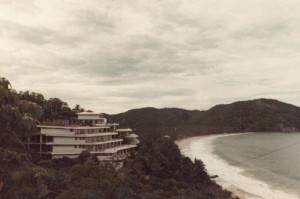 Zihua was a gorgeous break.  Far too humid – but the sea was warm and clean and the location beautiful.  I swam a lot, drank quite a bit.  And despite my intentions, hung out with Dune people all weekend (the only ones I actually avoided were Anatol and Marie).

Anatol has become a pain in a new way.  He’s now treating me like a hired writer.  He’s gone beyond that annoying “how much do you want for the script?”  Yesterday he had the gall to say he must read what I’ve written so far because he has no idea what I’m cooking up and he has to check it.

He further pissed me off by giving Marie “permission” to keep the copy of the article I lent her – completely oblivious of the fact that it’s not his to give.  I only want people who count to have a personal copy (David has one, and Jack, and Catherine) – Marie isn’t special to me, she has no connection to David, or to Eraserhead – there’s no reason for her to keep one (everyone else who’s borrowed it has given it back when they’re through).

He also keeps on about letting her read my outline – and type out the script as I produce it.  I don’t want her all over it – but he seems to think it’s another way to impress her – as if it was his work.  I’m fed up with it.

I learned yesterday that Maggie is only coming back for a day – arriving tomorrow evening, leaving Sunday morning.  I probably won’t get to see her because we fly to Juarez at seven Saturday morning. 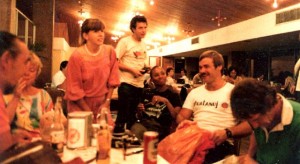 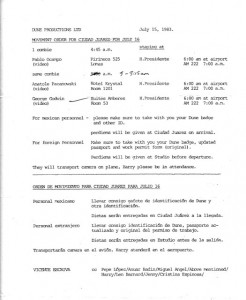 Travel orders for the trip to Ciudad Juarez in the North

An intense week just south of the U.S. border, shooting in the desert and drinking pina coladas in the hotel pool. Although the battles are faked, the extras are dropping like flies from the heat. 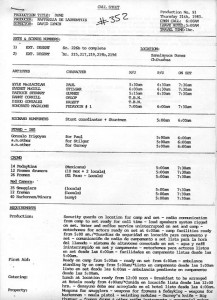 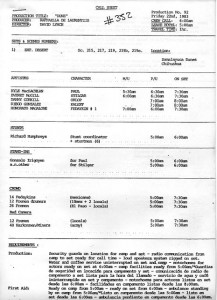 Back from Juarez last night.  A hot, but surprisingly humid place – it clouded up almost every afternoon, rained a couple of times.  The town itself is a scruffy border town with El Paso just across the way.  Not terribly prepossessing.  But the location – Samalayuca Dunes – was gorgeous (if an awful place to work) – beautiful smooth rolling white dunes, very fine sand, mountains in the distance.

The Friday before we left was wonderful.  After packing, I had supper with Jack at the Bellinghausen.  I then went over to the Century where Maggie had just got in.  We chatted briefly and I left her with a copy of the Café Universal outline.  I went across to the Krystal to meet Jack again.  He was watching a thing about Elvis on TV.  After a while, we went down to the lobby.

A bit later we headed across to the bar in the basement of the Royal (“the bunker”) –myself, Jack, a couple of the English effects people brought in to replace Dykstra.  We met Jack’s Scottish friend there and it became quite a party – much drinking and singing.  It was very pleasant.

We finally left – turned out.

I got hit by Montezuma’s on Sunday, lay exhausted in my hotel room most of the day, slipping in and out of consciousness –

The location was hard and poorly organized (insufficient drinks, local extras treated badly – just a bag lunch) and very slow work.  The shooting was awfully slow in the desert – scenes taking a long time to set up because of the numbers of extras and effects.  We didn’t stick around very much, even took Wednesday off and went to El Paso, caught a couple of movies (Return of the Jedi, an awful mess, technically uneven, with some good moments; and Twilight Zone, which I liked except for the Spielberg segment).

There are times now when I literally can’t stand Anatol – I hate to be anywhere near him.

I bought a bunch of tapes in El Paso and a book (William Burroughs’ Cities of the Red Night).

Tried to track Tim down – no joy.  When I got back here last night there was a message slip in my box – no date, no time, no name, no message, just Tim’s Vancouver number.  I called again this morning – they still say it’s out of order.  Don’t know what the hell’s going on.

Tim just called (six o’clock) – he’ll be coming down as soon as he gets his passport.